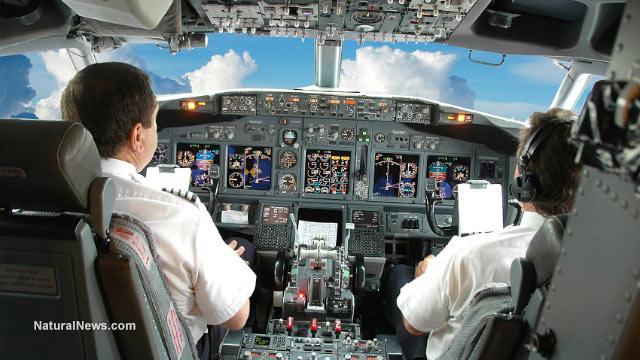 It’s amazing to watch the propaganda. If someone died last year, no matter what the actual cause was, it was COVID. Since the experimental injections have been unleashed upon the public, when people die shortly after taking them, the propagandists immediately claim the injection had nothing to do with their death. How do they know and is anyone actually buying their claims? This leads to a confirmation by British Airways that four of their injected guinea pigs, I mean pilots, died, but they claims, with absolutely no evidence, that the injections are not to blame.

Mike Adams has the story at Natural News.

(Natural News) Online rumors have been circulating over the past few days that four British Airways pilots have died, and that British Airways is in “crisis talks” with the British government about these deaths. In attempting to dismiss this rumor, Reuters ran a fact check article that actually confirms the deaths of the four pilots.

The spokesperson, however, confirmed the authenticity of the four condolence books, as four company pilots had recently passed away. “Our thoughts are with their family and friends,” they said, adding that none of the deaths was linked to vaccines.

British Airways, like nearly all airlines, is aggressively pushing vaccines for both its employees (including pilots) and passengers. Earlier this year, for example, British Airways launched its own vaccine passport.

According to Reuters, there is no truth to the claim that British Airways is in “crisis talks” with the British government. However, if such crisis talks were taking place, they would no doubt be classified as a national security issue, so Reuters wouldn’t be told about this anyway. That doesn’t mean they are taking place, but if we’ve learned anything over the last 18 months, it’s that when the controlled corporate media “debunks” things related to covid, that usually means the claims are true.

Various videos, including the following video posted on Brighteon.com, covers the rumor that numerous vaccinated British Airways pilots have died and that British Airways is in “crisis talks.” Note that this video does not claim this is all confirmed, but classifies the claim as a “rumor.”

The video carries audio of an unknown British person explaining that the British Airways pilots who died were “fit” and in their “40s or 50s.”

The fact checkers in the corporate media have been extraordinarily rapid in working to debunk these claims as false. However, as this video asks, “Is it normal to have four pilots from one airline dying in one week?”

Again, it seems the narrative pushers want us all to believe this is just another “covid coincidence.”

There sure are a lot of coincidences taking place lately, especially in those who are being injected with spike protein bioweapons labeled “vaccines.”

Notice that nobody at Reuters or across the media dares fact check the true claim that vaccines contain spike proteins, and that spike proteins cause blood clots and vascular damage, because both of those claims are confirmed facts that cannot be refuted.

You’ll never convince me that people who die or have adverse effects following these experimental depopulation shots, and that is what they are, are not effected by them. The fact that social media censors the truth about the deaths and adverse effects and the Mockingbird media won’t even report on them is quite telling, don’t you think?

Tim Brown is author and Editor at FreedomOutpost.com, SonsOfLibertyMedia.com, GunsInTheNews.com and TheWashingtonStandard.com. He is husband to his “more precious than rubies” wife, father of 10 “mighty arrows”, jack of all trades, Christian and lover of liberty. He resides in the U.S. occupied Great State of South Carolina. . Follow Tim on Twitter. Also check him out on Gab, Minds, MeWe, Spreely, Mumbl It and Steemit
(Visited 5 times, 1 visits today)
Share
Tweet
Share
Pin