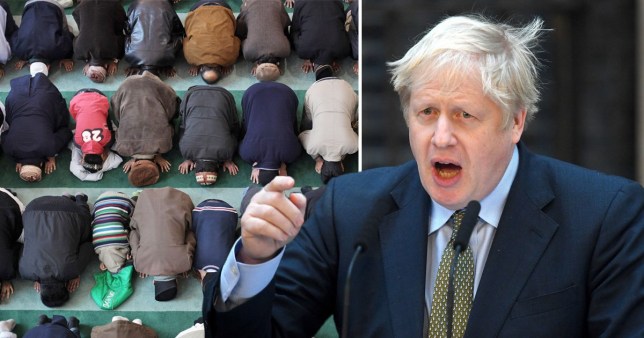 What does Boris Johnson have that Donald Trump does not?

Evidently Brithish Muslims are preparing to leave The UK because of Boris Johnson’s recent landslide victory.

British Muslims have started the process of leaving the UK over fears for their ‘personal safety’ now Boris Johnson is Prime Minister for five years, Metro.co.uk can reveal.

Among them is the head of a Muslim charity, which provides food parcels for poor people in Manchester, after saying he was scared for the ‘future of his children’.

Manzoor Ali said: ‘I’m scared for my personal safety, I worry about my children’s future.’

It comes after the prime minister was accused of ‘Islamophobia and racism’ following a number of controversial comments he made in the past, including his remarks in a 2005 Spectator article in which he claimed it was only ‘natural’ for the public to be scared of Islam.

Mr Johnson also received a considerable degree of criticism for comparing Muslim women to ‘letterboxes and bank robbers’ in a column for the Telegraph last year.

The prime minister has insisted his comments were taken out of context and he was defending the right of Muslim women to wear what they like.

During the election campaign he also apologised for Islamophobia in the Conservative party, after a number of candidates shared posts by Tommy Robinson, referring to Muslims as scum.

Asked if he would apologise for Islamophobia in his party, he said: ‘Of course, and for all the hurt and offence that has been caused – of course we do.

‘And all that is intolerable and it’s so important as a country that we don’t allow that kind of thing and that’s why we’re going to have the independent inquiry.’

However, after Mr Johnson’s Conservatives won a landslide in the election on December 12, Manzoor Ali, who runs the Barakah Food Aid charity in Greater Manchester, said that his family have given him their blessing to move to a place that would be safe and secure for them.

Mr Ali told Metro.co.uk: ‘My charity has been going on for 10 years, we’ve helped people from all walks of life, including former soldiers and white working class English people.

In order to take America back we have to make Muslims feel unwelcome here, as they apparently do in The UK after Johnson’s victory.

They not only feel welcome here, they are trying to overtake us.

Have I flipped my lid?

Just because they are winning elections, it doesn’t mean they are trying to take over America, does it?

I won’t debate the issue but rather just ask you to look at what is happening in Europe and make your own decision as to their plans for America.

Muslims do not assimilate.

They move in and take over.