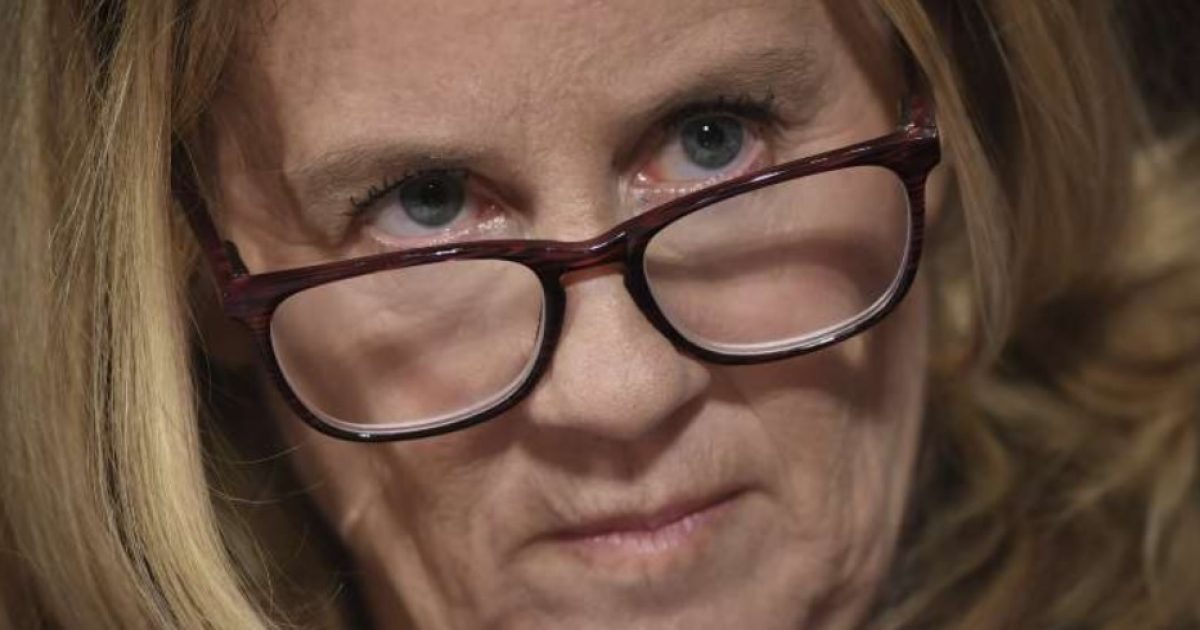 A former long-term ex-boyfriend of Christine Blasey Ford provides some pretty damning (and credible) conflicting evidence. He contradicts several key assertions made by Ford during her testimony before the Senate Judiciary Committee. In a letter available on Scribd, this man, whose name has been redacted, claims he was in a relationship from 1992 to 1998 with Ford.

First, he stated that Ford once helped her lifelong best friend and roommate at the time, Monica L. McLean, to prepare for a polygraph test. McLean was applying for a position with either the FBI or a US Attorney’s Office, which required the test. He wrote:

I witnessed Dr. Ford help McLean prepare for a potential polygraph exam. Dr. Ford explained what to expect, how polygraphs worked and helped McLean become familiar and less nervous about the exam. Dr. Ford was able to help because of her background in psychology.

Below is a clip of Ford being questioned by prosecutor Rachel Mitchell about the polygraph exam. Her childlike answers were frequently interrupted as she conferred with her counsel.

Mitchell: Have you ever had discussions with anyone, besides your attorneys, about how to take a polygraph?

Mitchell: And I don’t just mean counter-measures, I mean any sort of tips or anything like that?

Mitchell: Have you ever given tips or advice to somebody who was looking to take a polygraph test?

The other key contradictory evidence concerns Ford’s fear of flying and of tight spaces with only one exit. This man, who had a six-year relationship with Ford and even lived with her for a portion of that time, had no knowledge of Ford’s fear of flying. He said they even flew on a small, inter-island prop plane in Hawaii once and she made no mention of it.

He ended the relationship because Dr. Ford had been unfaithful. He then removed her from a credit card they had shared. Later, he noticed that Ford had charged $600 to the card. She denied the charges at first, but once he threatened to involve fraud prevention, she admitted she had made the purchases.

Finally, he says that Ford never told him that she had been a victim of sexual assault, harassment or misconduct, nor did she ever mention Brett Kavanaugh.

If this man is found to be truthful, then this woman who “must be believed” will be proven to be a liar. Can you say perjury, Dr. Ford?