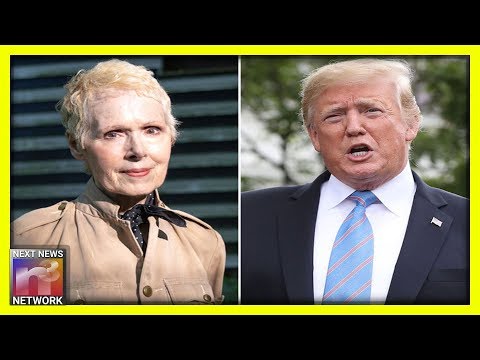 Josh Bernstein breaks it down in today’s featured Next News Network video:

Here’s more of the backstory from Paul Joseph Watson:

Sometime in the 1990’s (she can’t remember the year), Carroll claims that Donald Trump sexually assaulted her in the lingerie department of the Bergdorf Goodman department store.

Carroll said that Trump lunged at her, pushed her against a wall, pulled down her tights and thrust his penis halfway inside her.

“I finally get a knee up high enough to push him out and off and I turn, open the door, and run out of the dressing room,” said Carroll, adding, “The whole episode lasts no more than three minutes. I do not believe he ejaculates. I don’t remember if any person or attendant is now in the lingerie department.”

In a stunning coincidence, her story is very similar to a plot line from an episode of Law & Order: SVU where a suspect being questioned says “it took place in the dressing room of Bergdorf while she was trying on lingerie I would burst in.”

The story is almost identical…

Down to the very same hotel.

Is E. Jean Carroll trapped in the fantasy world?

Rape fantasies are very common, and up to two-thirds of women have them according to Psychology Today.

Rape fantasies are defined as sexual fantasies that involve the use of physical force, threat of force, or incapacitation (through sleep or intoxication) to coerce someone into sexual activity against their will. –WILEY ONLINE LIBRARY

Yesterday it was reported that E. Jean Carroll had a bizarre meltdown on CNN prompting a speechless Anderson Cooper to cut to a, seemingly unscheduled, commercial break.

That’s what she said…

In case the above video does not survive the day, here is a brief summary of the Cooper/Carroll exchange:

Cooper responded, “I think most people think of rape as a violent assault…”

“I think most people think of rape as being sexy,” said Carroll, stunning Cooper, who immediately went to break but not before Carroll had the chance to say, “Think of the fantasies”.

When Cooper asked Carroll to hold over, she fixed him with a glare and said, “You’re fascinating to talk to”.

How is Anderson Cooper ever going to explain his attempted on-set rape of E. Jean Carroll to his boyfriend or husband?

Look for that story to come out before her next book release. 😉