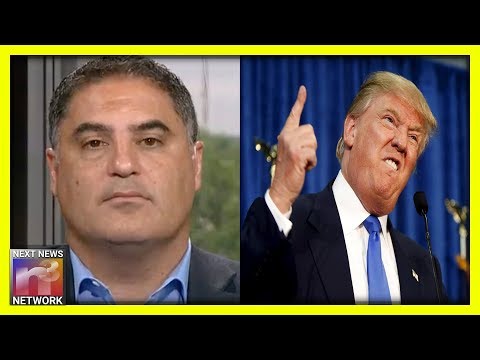 America may eventually look back and consider Katie Hill’s sex scandal minor, if Cenk Uyger is elected to take her place.

You have to hear what Cenk said on his show in regards to the legalization of bestiality.

As his co-host rightly pointed out, even some rape victims have been known to orgasm.

That doesn’t mean that they invited the rape to happen.

Progressive Democratic House candidate and television personality Cenk Uyger is having an interesting couple of days.

Uyger is running for Congress in the open California 25th district that became vacant after former Democratic Rep. Katie Hill resigned following allegations that she had an improper relationship with a legislative aide. Since Uyger announced his candidacy two weeks ago, the creator and host of the Young Turks show has been slammed with accusations of misogyny over past comments on his program.

Now the congressional candidate faces another sex-related scandal — only this time it does not involve humans.

“I would legalize bestiality”

A 2013 video emerged Tuesday afternoon of Uyger telling co-host Ana Kasparian that he would legalize bestiality if he had the power to do so.

“I believe that if I were the benevolent dictator of the world, I would legalize bestiality,” he said in the video. Uyger clarified he would only permit the practice if “you are pleasuring the animal. You see what I’m saying?” as his production crew laughed in the background.

Kasparian, who was visibly confused by Uyger’s comment, told him “it really is the dumbest thing you’ve ever said.” It is unclear if Uyger still stands by these remarks from 2013. It is worth noting that his show had a kind of “shock jock” style to it at times.

Cenk “The Horse Wanted It” Uyger’s comments are beyond despicable.

The question is if he still feels that way or IF he even meant it in the first place.

Talk show personalities have been known to do things intentionally to create buzz and boost ratings/following.

But if catering to bestialists boosts your ratings, you certainly aren’t congressional material Mr. Uygur.

If Californians vote for this tool, then it’s just another vote for their own destruction.

Bestiality is a CRIME and I am not sure how anyone could ever justify it, even in cases where ‘the horse wanted it.’

Maybe Cenk should move to Canada.

I’m sure there are many moose that would be grateful to be pleasured and return the favor, as long as Uygur doesn’t mind the rough stuff.

This is NOT Canada.