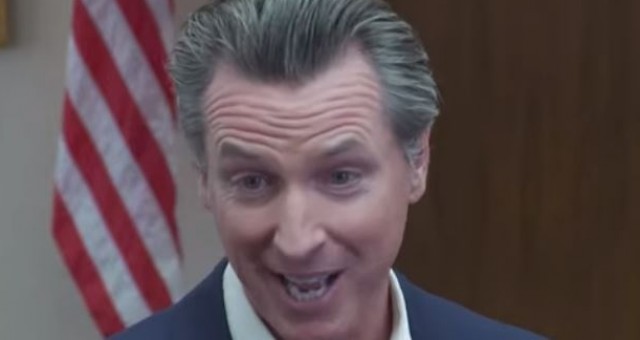 Well here we go folks. The liberal freaks in California are strongly considering paying black people reparations for their pain and suffering they have endured as our country has evolved.

In my opinion, Blacks are equal to Whites and have the same opportunities that everyone enjoys to be successful.

But California’s insane governor disagrees and feels that it is necessary to pay blacks money which means that tax-payers will be paying MORE money to this overtaxed state for nonsense.

Newsom signed a bill into law Wednesday appointing a task force to consider paying reparations for slavery. Below is a press release from the Governor.

AB 2542 will prohibit the use of race, ethnicity or national origin to seek or obtain convictions or impose sentences

SACRAMENTO – As the nation reckons with the scourge of racial injustice rooted in the legacy of slavery and systemic racism, Governor Gavin Newsom today signed a first-in-the-nation law to study and make recommendations on reparations for slavery to the Black community through a state-based task force. He also signed two bills targeting structural racism and bias in our legal system by prohibiting the use of race, ethnicity and national origin to seek or obtain convictions or impose sentences, and to reduce discrimination in jury selection.

“As a nation, we can only truly thrive when every one of us has the opportunity to thrive. Our painful history of slavery has evolved into structural racism and bias built into and permeating throughout our democratic and economic institutions,” said Governor Newsom. “California’s rich diversity is our greatest asset, and we won’t turn away from this moment to make right the discrimination and disadvantages that Black Californians and people of color still face. While there is still so much work to do to unravel this legacy, these pieces of legislation are important steps in the right direction to building a more inclusive and equitable future for all.”

“California has historically led the country on civil rights, yet we have not come to terms with our state’s ugly past that allowed slaveholding within our borders and returned escaped slaves to their masters,” said Assemblymember Weber. “Neither have we effectively addressed our present justice system which allows prosecutors to bar African Americans from serving on juries. The Governor’s signature on AB 3121 and AB 3070 once again demonstrates that our state is dedicated to leading the nation on confronting and addressing systemic injustice.”

The Governor also signed AB 2542 by Assemblymember Ash Kalra (D-San Jose), which would prohibit the use of race, ethnicity or national origin to seek or obtain convictions or impose sentences. Known as “The California Racial Justice Act,” AB 2542 is a countermeasure to address a widely condemned 1987 legal precedent established by the U.S. Supreme Court in the case of McCleskey v. Kemp. The McCleskey decision has the functional effect of requiring that criminal defendants prove intentional discrimination when challenging racial bias in their legal process. This is a high standard and is almost impossible to meet without direct proof that the racially discriminatory behavior was conscious, deliberate and targeted.

“I am grateful to Governor Newsom for signing AB 2542 and his commitment to rooting out racism from our courts. With the signing of this bill and other actions he has taken, the Governor has well established himself as a national leader on compassionate, thoughtful criminal justice reform.” said Assemblymember Kalra. “Although there is still much more work to do in fixing our broken criminal justice system, the Racial Justice Act is an historic foundational step in upholding Constitutional protections for everyone and moving us closer to a system that truly reflects justice for all. The Racial Justice Act puts into law a manifestation of a continuing struggle most recently represented by millions in the streets demanding racial justice.”

Today’s actions build on the Newsom Administration’s work to acknowledge historic wrongs and combat structural racism and bias in our institutions. In March 2019, the Governor issued a moratorium on the death penalty, which is unfairly applied to people of color, people with mental disabilities and people who cannot afford costly legal representation. Governor Newsom also took action to secure safe drinking water for the 1 million Californians in underserved communities who lacked access to safe water. He also took the historic step of formally apologizing to California Native Americans for the exploitation and violence our predecessors inflicted upon them, and this year announced Administration support for tribal access, co-management and acquisition of ancestral lands. Governor Newsom has also taken action to combat decades-long economic inequality by expanding the California Earned Income Tax Credit to millions, including undocumented Californians; advancing AB 5 to address worker misclassification; extending the right to join a union and bargain collectively to child care workers; and banning discrimination based on housing vouchers.

I have got to get the hell out of California- these dems are completely corrupt and insane.