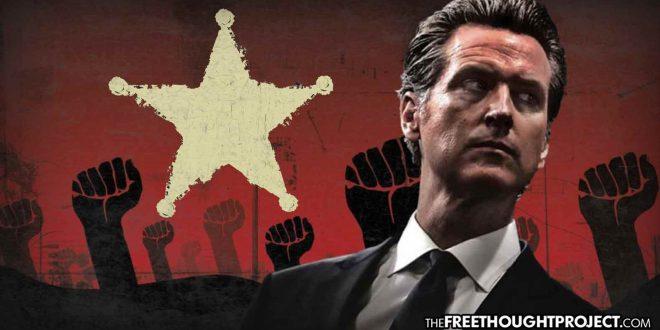 But first, remember when Governor Newsom was crying that there was no money.

California Gov. Gavin Newsom (D) told CNN’s “State of the Union” on Sunday that the federal government has a “moral obligation” to provide funding for states in its next coronavirus relief bill, noting that police officers, health care workers and firefighters will be the first ones laid off as a result of massive budget deficits.

No money for cops or firefighters, but here’s $28 million for the fresh batch of illegal alien migrants here to help bolster Newsom’s one-party state.

California is freeing up as much as $28 million to help immigrants arriving from Mexico and being released in the U.S. until their court dates, a sharp contrast from other border states that have emerged as foes of President Joe Biden’s immigration policies.

Good thing there’s no crisis in California that might have been aided with that money. But I’m sure all the workers put out of work by Newsom’s lockdowns understand.

Last week, the Biden administration began allowing people into the United States who had been forced to wait south of the border under Trump’s “Remain in Mexico” policy. On his first day, Biden suspended the program for new arrivals.

An estimated 26,000 people with active cases will be allowed into the U.S., with about 25 people released a day in San Diego.

“This is what happens when California and Washington are talking with each other instead of at each other,” said H.D. Palmer, spokesman for the California Department of Finance.

When California and D.C. Democrats talk with each other, tens of thousands of illegal aliens will swarm America? Maybe they should stop talking.

California has so far been the most generous with aid. Besides the new funding, it’s already spent nearly $12 million to help about 30,000 asylum-seekers at the border since Trump’s presidency.

But it’ll still cry poverty anyway. And threaten to fire cops and firefighters. Once it gets the money though, it’ll go to illegal aliens instead.