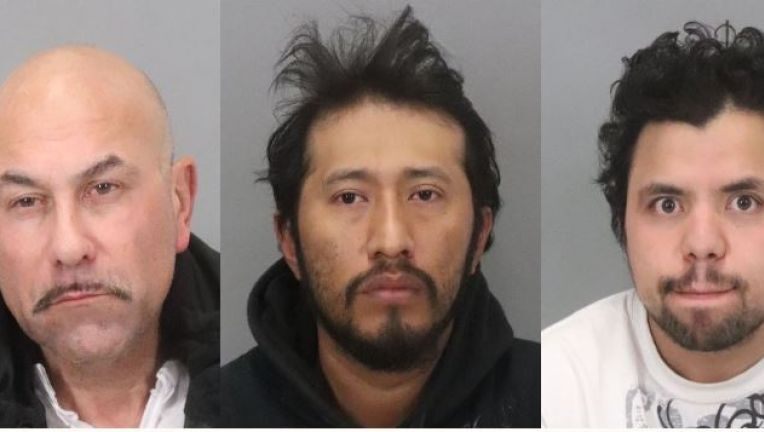 No word on whether these men were actually legal or not, as usual, but if nothing else it is another reason to build the wall.

Those that come from South of our border come from a violent culture and they are bringing that culture with them.

We have enough bad guys already in America.

Incredibly this teenage girl had the presence of mind to save herself from these monsters.

SAN JOSE, Calif. – A 14-year-old girl who had been drugged, kidnapped and sexually assaulted used Snapchat to tell her friends that she was being held against her will and her high-tech actions led to her safe release, San Jose police said.

The girl “Snapchatted” her friends on Tuesday morning to say she had been taken by three men and did not know where she was, according to Sgt. Enrique Garcia.

Her friends then used Snapchat’s location service to figure out that she was that she was at the E-Z 8 Motel at 1550 N. First St. in San Jose and called 911.

Police arrived about 11 a.m. and saw Thomas Vasquez exit a motel room and found the teen inside. Vasquez was arrested on kidnapping, false imprisonment and rape by intoxication charges.

Detectives said they later learned that Vasquez met the girl in Capitola earlier that day, and gave her drugs. She was knocked out. Vasquez called two others — Antonio Quirino Salvador and Hediberto Gonzalez Avarenga — for help.

Police took Salvador and Avarenga into custody on Wednesday on kidnapping and conspiracy charges.

Anyone with information about this case or similar incidents involving these suspects is asked to contact Detective Anthony Barajas of the San Jose Police Department’s Sexual Assault Investigations Unit at 408-277-4102.

I get tired of the term “sexually assaulted” don’t you?

The girl was raped.

California is not alone in its push to roll out the red carpet for illegals, but it certainly is at the forefront.

Thank God this young woman was able to keep semi-calm and save herself.

Many victims are never heard from again and written off as runaways or unsolved crimes.

Stop the liberal open-border BS and let’s get tough on criminals.

We don’t need to keep adding to the pool of bad guys.

Things are spiraling out of control and it’s not just California — it’s everywhere!