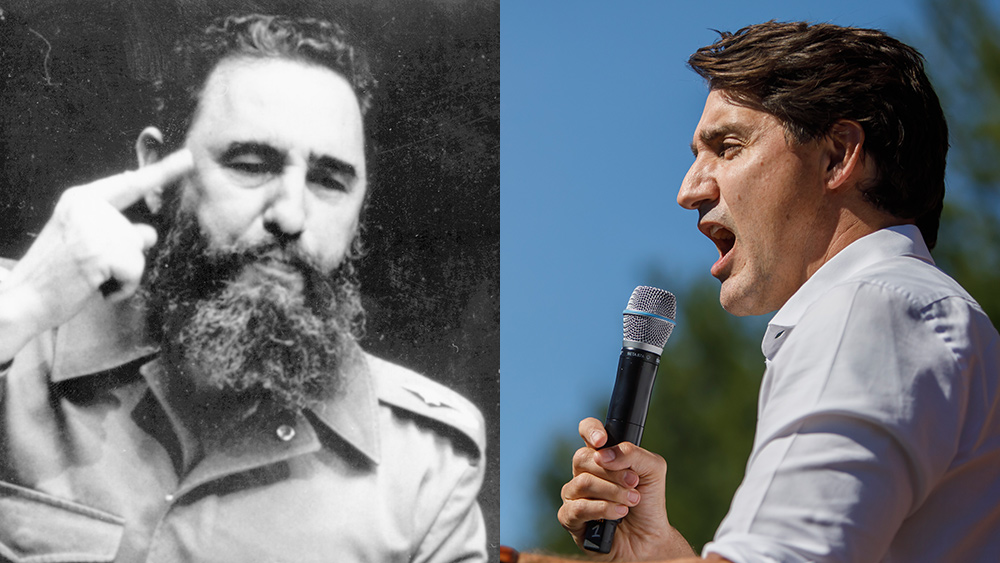 (Natural News) Pro-life pregnancy care centers are under attack in Canada. The Trudeau dictatorship is seeking to strip these centers of their charitable status, forcing them to pay higher taxes, if they are allowed to exist at all. The out-of-control Canadian government has also gone public with a smear campaign against all pro-life organizations, falsely accusing them of spreading judgmental, inaccurate information. These pregnancy care centers are some of the most charitable places for pregnant women. They are welcoming and compassionate, accepting women where they are in life. These centers provide counseling, education, healthcare services, and support for women and their babies.

Justin Trudeau wants to control their speech, shut them down, and forcibly submit women to abortions.

Since 2021, the left-wing totalitarians campaigned on revoking the charitable status of pro-life establishments across Canada. Over 15,000 Canadians have already petitioned the government NOT to strip pro-life pregnancy care centers of their charitable status. However, Deputy Prime Minister and Minister of Finance, Chrystia Freeland, recently announced that the “Government of Canada is committed to taking action” against all pro-life organizations anyway. She claimed that the centers do not provide accurate or evidence-based information and judge women with no respect for their rights at all stages of their pregnancy.

The Canadian Revenue Agency (CRA) already screens for fraud within charities, and they have found no evidence of foul play across Canada’s pro-life pregnancy care centers. Rebel News uncovered communications between the Trudeau government and the CRA, seeking to interfere and shut down the charitable status of pro-life charities. Researcher Patricia Maloney uncovered further documents showing that the CRA stood up to Trudeau and rejected his witch hunt toward pro-life charities.

By controlling speech in this way, the Canadian government wants to shut down compassionate care that supports life, dictating the type of counseling that pregnant women receive! Theoretically, the Trudeau regime wants to force all pregnancy care centers to offer abortion. If the Trudeau regime can compel speech and control the fundamental beliefs of people and their organizations, then what would stop them from dictating the speech of churches, ministries, missions, camps, Christian colleges and schools?

The regime has already seized the body autonomy rights of all people throughout the country, threatening jobs and societal participation if individuals do not go along with government-mandated spiritual oppression and the perpetual poisoning of their bodies. The regime has violently shut down those who dissented, seizing their bank accounts and trampling their futures. Forcing abortion onto women is the next step of this totalitarian regime – a regime that pays no regard to human rights, freedom of speech, freedom of religion, life, or women’s autonomy.

“I believe that revoking the charitable status of Crisis Pregnancy Centers is just the first step,” said David Cooke, Campaigns Manager for Campaign Life Coalition (CLC). “The Trudeau Liberals are on the warpath to shut down every single charity in Canada that voices any pro-life beliefs whatsoever.”

CLC has been working on the front lines, asking Members of parliament to “oppose any bill, motion, or regulatory policy that seeks to penalize Crisis Pregnancy Centers in Canada.” Thousands of people signed the petition, contesting Trudeau’s war against pro-life pregnancy care centers.

“Pregnancy resource centers help tens of thousands of new moms and pregnant moms in crisis each year,” said CLC National President Jeff Gunnarson in a press release. “They give of their donated resources and ask for nothing but the ability to offer their donors a charitable tax receipt. With this mandate, Mr. Trudeau, a self-proclaimed feminist, is attacking mothers and babies at their most vulnerable stage in life.”

The Trudeau dictatorship hasn’t brought forth real evidence of fraud against any of the pro-life charities. His regime is only smearing these charities by labeling them spreaders of “dishonest counseling.” The left-wing totalitarians are desperate to control people, limit their speech, dictate their outreaches, and manipulate women into submission.