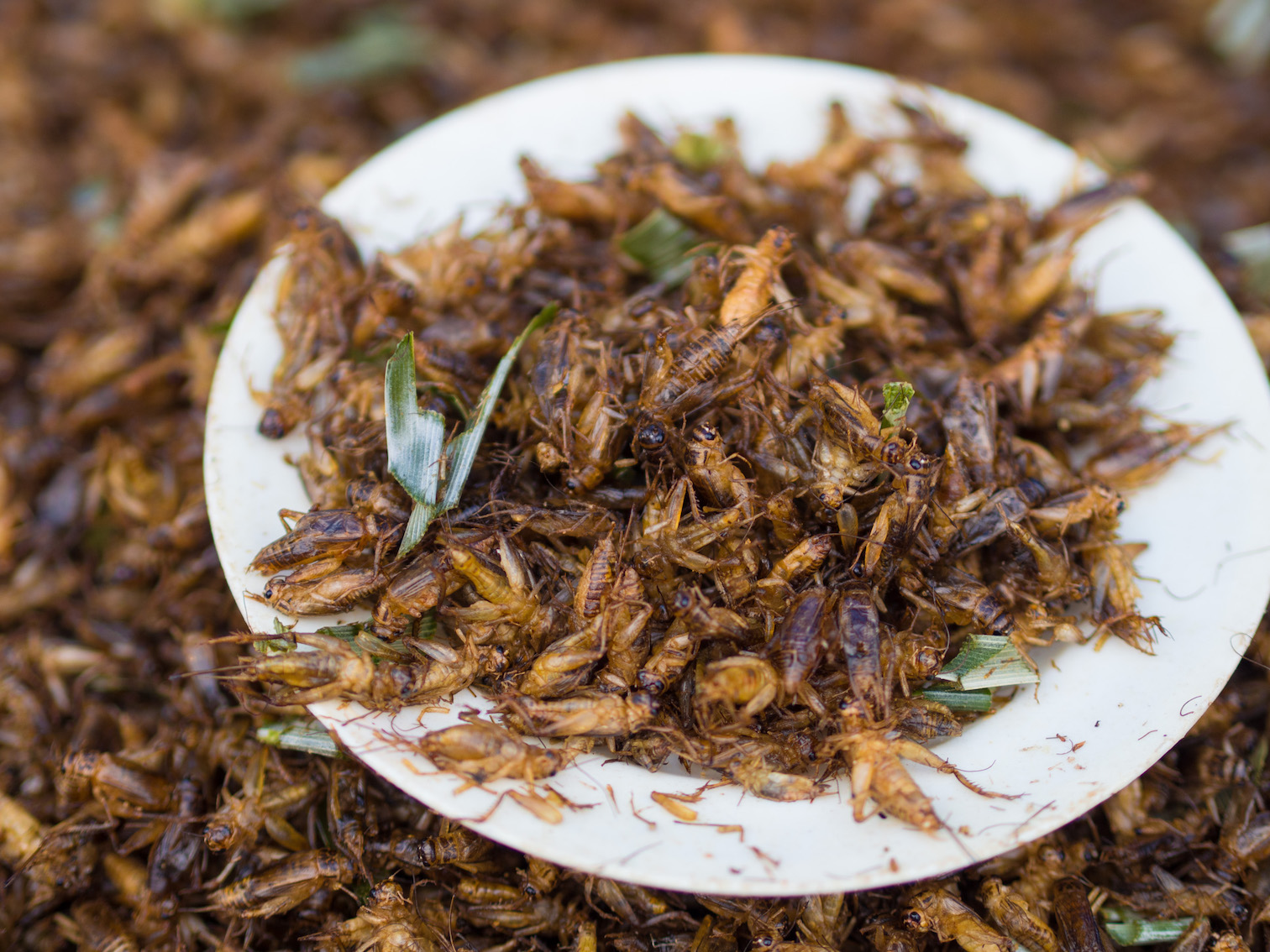 (Natural News) Our neighbors to the north are well on their way to becoming a meat-free, insect-based food society, thanks to a new cash infusion from the Canadian government into the “sustainable food production” industry.

According to reports, Agriculture and Agric-Food Canada is funneling $8.5 million into a new insect production facility in London, Ontario, which will soon be churning out billions of crickets that will be ground into dust and served as “food” on people’s dinner plates.

“Aspire’s goal to tackle global food scarcity led to its focus on edible insect production,” the company announced (Related: Schoolchildren in Wales are already being fed crickets as part of a bug consumption pilot program).

The Canadian government announced that the $8.5 million cash infusion will allow Aspire to “use the latest smart technology to create the ideal growing conditions for crickets at its facility in London, Ontario” and also “allow the company to monitor and grow billions of crickets at a time, producing a nutrient-rich protein for premium health food and pet markets.”

In the future, meat will only be for rich people

Without that taxpayer cash, it is apparently too expensive to grow large quantities of crickets for human consumption. So the Canadian government has decided to socialize the process since it would otherwise be financially unfeasible.

It turns out that eating crickets is not exactly normal, so in order to make it work there has to be a whole lot of cash dumped into the production process to make it even remotely marketable.

According to the Canadian government, “alternative sources of protein such as insects provide an opportunity to more sustainably meet global demand for food by using less water, energy and space and emitting significantly less greenhouse gas emissions during the production stage.”

Once completed, the facility will be home to more than four billion crickets and will have the capacity to generate up to 13 million kilograms of insects every single year.

“If those numbers are met, it is expected to be one of the largest cricket-specific processing facilities in the world,” reports Westphalian Times.

Company co-founder Mohammed Ashour claims that cricket protein from his new cricket factory will require far less food, water, and land than meat cattle, which makes it better. Just so long as Canadian taxpayers are forced to subsidize the operation, it will become the new “sustainable” protein source for Canadians.

“Our longer-term vision is to make sure that this is a protein source that can be available and affordable to genuinely address food insecurity in many countries around the world,” Ashour is quoted as saying.

“We have a massive growth in both population and appetite for protein, while at the same time we’re seeing a significant reduction in arable land and resources to produce food.”

Last we checked, Canada has billions of acres of land and is one of the most sparsely populated countries in the world. There is nothing even close to a land shortage there, but why let facts get in the way of the narrative, eh?

“Under the circumstances, let’s talk to Putin to click that button quickly,” joked one commenter at Natural News.

More of the latest news about the elimination of meat and the mass starvation of the planet can be found at FoodSupply.news.