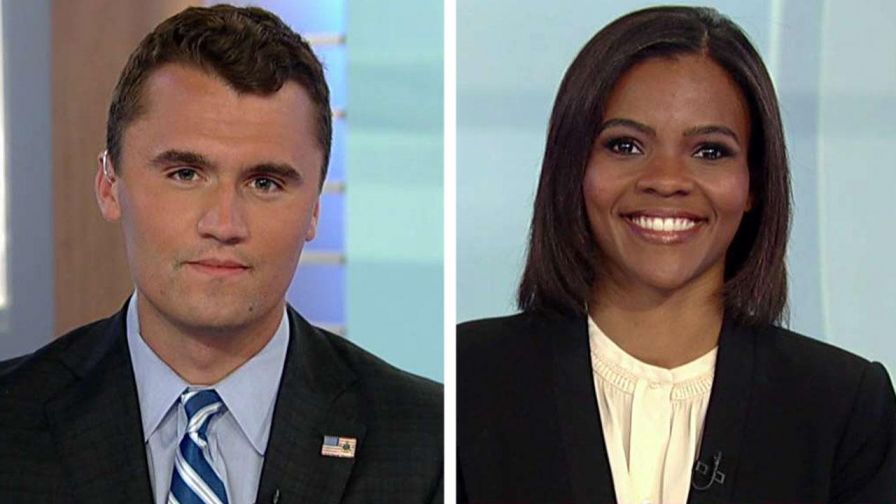 As the world knows, Turning Point USA founder Charlie Kirk and communications director Candace Owens were accosted by an Antifa group who materialized at a Philadelphia café where they were having breakfast on Monday morning.

The astonishing video shows that the group’s behavior very definitely violated Pennsylvania’s harassment laws and possibly even their assault laws.

Owens said a protestor with a bullhorn screamed into her ear. She described it as being “reminiscent of the civil rights era. This is what you would expect in the civil rights era if a woman was dining at a restaurant. They’ve grown increasingly violent because they are losing. They’re losing a lot of turf.”

Charlie Kirk and I just got ATTACKED and protested by ANTIFA for eating breakfast. They are currently following us through Philly. ALL BLACK AND HISPANIC police force protecting us as they scream “f*ck the racist police”. pic.twitter.com/x5WUNr9mM6

The left, especially the far left, where they all seem to be heading, can’t stand it that Candace Owens is black and chooses to be a conservative. She said that all except for one of the policemen who showed up were either black or Hispanic and several of the protestors called both she and the policemen “race traitors.” Owens said:

Hannity then brought up last week’s Rasmussen poll which indicated that support of President Trump among black voters increased to 29% from 15% one year ago which I wrote about here, saying this was what Owens had predicted. She replied:

The Democratic party realizes that support among blacks is slipping, but they don’t understand why or how to stop it. Instead of reaching out to the black community, whose support they have always taken for granted, many seem to feel the remedy is to veer even further to the left. Their behavior is becoming more extreme. But it’s this very behavior that is accelerating the loss of support.

To be clear: ANTIFA, an all-white fascist organization, just grew violent and attacked an all-black and Hispanic police force.

Because I, a BLACK woman, was eating breakfast.

Is this the civil rights era all over again? pic.twitter.com/piJfnopniW

Although Kirk and Owens declined to press charges, Americans witnessed another disgraceful performance by the far left. Ironically, Antifa members, supposedly “anti-fascists,” exhibit the same behavior they claim to oppose. They employ the tactics you would expect from fascists.

Why don’t Democrats condemn Antifa? Don’t they see that extremism will not help them to achieve their goals? Why are Democratic politicians shifting to the left in greater numbers? What is behind this lurch to the left?

While they try to answer those questions, the rest of us have had several teachable moments regarding race. Last week, thanks to the New York Times’ new hire, Sarah Jeong, we learned that remarks are only racist if they are uttered by a white person. And this week, we added a caveat. If a white person directs a racist comment to a conservative Black or Hispanic person, or if the Black or Hispanic individual is a cop, it is not considered racist. There you have it.