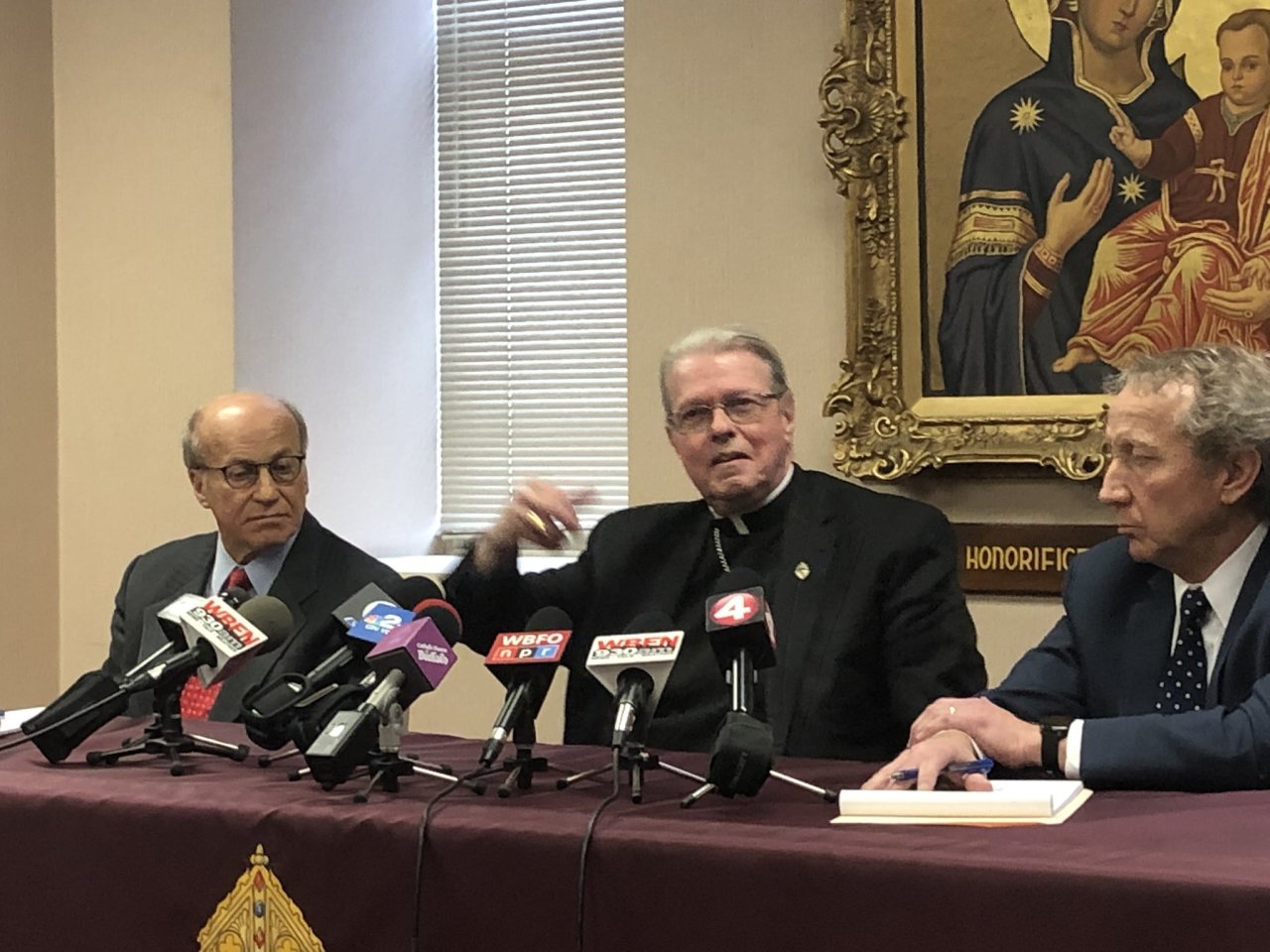 I spent 3 years in a Catholic Seminary in Kansas City.

A short time after leaving the seminary, I left the church.

Pedophile Priests were overrunning the church 34 years ago and the problem has not stopped, nor been properly addressed.

I can not say the same for SOME of the anointed leaders.

The Archdiocese of Buffalo (New York) has just filed bankruptcy and the reason is pure evil.

“I’m careful not to use the word bankruptcy, even though we are in a bankruptcy court, because a lot of people are under the impression that the diocese is running out of money – we can’t meet our obligations to our employees – which is not true,” Scharfenberger told reporters.

Over 200 more lawsuits are waiting in line.

Many of those victims will be lucky to see anything at all.

Here’s the story from WKBW:

Aside from the obvious financial implications, the diocese’s formal Chapter 11 bankruptcy filing means that many of the victims of clergy sexual abuse may not anytime soon get the answers that have long been hidden in secret diocesan archives regarding pedophile priests.

But there is still a chance that those hidden files could be forced as part of a bankruptcy settlement, as has happened in other dioceses.

Because the cases will soon be shifted from state civil court to U.S. Bankruptcy Court, survivors of clergy sexual abuse are likely to receive compensation, though it is unclear how much per case the diocese would be required to pay out.

According to bankruptcy documents, filed in federal court, the Buffalo Diocese is facing between $50 million and $100 million in estimated liability.

Scharfenberger later appeared at a news conference at the diocese with attorneys.

“I’m careful not to use the word bankruptcy, even though we are in a bankruptcy court, because a lot of people are under the impression that the diocese is running out of money – we can’t meet our obligations to our employees – which is not true,” Scharfenberger told reporters.

According to the court filing the diocese owes $3.5 million to a list of 20 top creditors. M&T Bank tops the list at $1.6 million, but the other 19 are victims who filed child sexual abuse lawsuits against the diocese. But there are actually more tahn 250 cases filed against the diocese.

“The health of the diocese is in the health of it’s parishes and the same with catholic charities and other affiliated agencies – they are not involved in this,” responded Scharfenberger.

The bishop says no parish donations will be touched and remain separate from bankruptcy.

“But not for the purposes of doing settlements — in other words – no money comes out of collections in order to resolve claims,” Scharfenberger remarked.

The bishop says the filing is “not a stunt” to deflect from the lawsuits filed against the church.

The bankruptcy means the church could be forced to sell properties and to make appeals for more money from parishioners, but it also paves the way for the Catholic Church in Western New York to — after its debts are paid off — emerge from the crisis with its mission and services still intact.

The dramatic move comes after the Diocese of Rochester became the first Roman Catholic diocese in New York State to file for bankruptcy on Sept. 12.

It is no doubt one result of the Child Victims Act, which was passed in January 2019 and allows victims of child sexual abuse in all institutions — not only the Catholic Church — a one-year “window” period in which they can sue the institutions to prove they were responsible for the abuse.

To date, more than 300 Child Victims Act lawsuits have been filed in Western New York.

At least 250 lawsuits allege abuse by clergy or employees in the Diocese of Buffalo, making the diocese the most-sued entity in all of New York State under the new law.

The Catholic Church does not have a patent on pedophilia by clergy.

But with 250 lawsuits stemming from just one diocese (region) it seems like they have mastered the sick art.

Filing bankruptcy does not mean the victims will not be paid at all.

But many may have to take smaller settlements or get nothing at all if there is eventually nothing left to be liquidated to pay them.

The Catholic Church needs to address this problem globally because Buffalo and Rochester are just the tip of the iceberg.

They could likely sell everything in Vatican City and not have enough money to fairly compensate all of the victims in America alone.

Stop trying to hide behind legal loopholes and do what is right.

Readers, please do this former seminarian a favor and share this.

We have to expose the church I once loved before it destroys more and more lives.