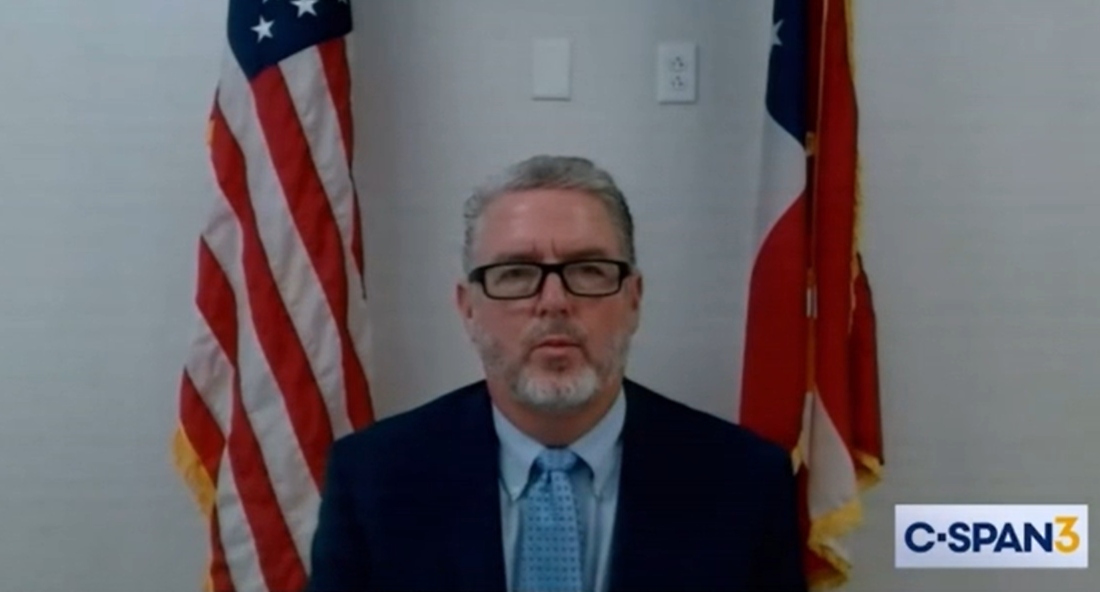 (Natural News) The CEOs of gunmakers Ruger and Daniel Defense are drawing major heat online after both of them testified before a congressional committee earlier this week that they wholeheartedly support the Bureau of Alcohol, Tobacco, Firearms and Explosives, more popularly known as the ATF.

During testimony before a House committee to discuss gun violence, the CEOs responded to a question from Rep. Robin Kelly (D-Ill.): “We have heard support today for abolishing the ATF. Do you support abolishing the ATF?”

“Speaking on behalf of Ruger, no we do not,” company CEO Chris Killoy responded first. “We work closely with our regulators and we do not support that.”

Next, Kelly directed the same question to Marty Daniel, CEO of Daniel Defense, who said:

I agree with Mr. Killoy. We, uh, we are licensed dealers…we are licensed manufacturers. We sell through, um, we are regulated by the ATF. And we are not in support, at this time, of eliminating the ATF.

Daniels Defense was the manufacturer of the rifle that was used by the shooter in Uvalde, Texas, who killed 19 young students and two adult teachers at Robb Elementary School, though the gun was both legally manufactured and purchased.

For his part, Daniel defended the company against criticism during the House Oversight Committee hearing, noting that the weapon was used by a “murderer.”

“These acts are committed by murderers,” Daniel said when asked by Rep. Caroline Maloney (D-N.Y.) if he feels any personal responsibility for the Uvalde killings or any others committed with the company’s firearms. “The murderers are responsible.”

“With all due respect, while I grieve like all Americans at these tragic incidents, again to blame the firearm — and the particular firearm in use here that we’re talking about, modern sporting rifles — to blame the firearm, it is an inanimate object,” Killoy said in response to a similar question, according to the Houston Chronicle.

Maloney said last week that she was planning to introduce a bill to “hold the gun industry accountable for the damage inflicted by their products, just like the car industry, pharmaceutical industry or any other American business.”

Currently, gun manufacturers are shielded from most liability — especially use of their products to commit murders and crimes — per a federal law signed by then-President George W. Bush.

However, it was the CEOs’ support of the ATF that drew criticism on some firearms forums, with many users claiming they would boycott the two companies.

“Given WV v EPA it is time for all to push back on over reach of all FEDERAL agencies that interpret law rather than follow codified laws. The ATF needs to be eliminated. It is time for all 2A supporting gun owners to send a message. BOYCOTT Ruger and Daniel Defense and tell them why,” said one user at the Nevada Shooters online forum, citing a recently decided Supreme Court case in which justices ruled Congress never gave the EPA the authority to regulate emissions.

“Small FFLs can’t fight individually, but it is time to push back. They could have said no comment, or resisted their appearance at the hearings. They did not break any laws. They were invited to attend not subpoenaed,” another user wrote.

“They bowed to their oppressors willingly. ENOUGH already. I will never buy one of their products again. Time for principles and convictions, if you want to continue to be reamed up the arse then please continue to bend over like too many others. Your arguments are why we are here with so much gun control to begin with. I assume you are proud NRA member who thinks they are great too and have never compromised. [J]ust sad,” said another.

“[A] better move would have been to decline to go on the interview, rather than cucking for the ATF on national television,” said a user on the Carolina Firearms Forum site.