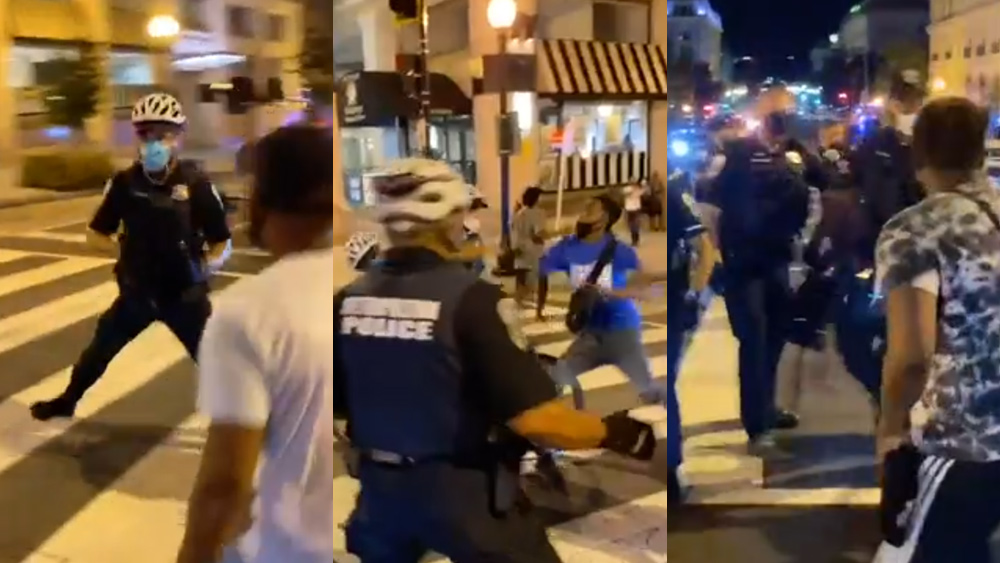 (Natural News) Last night, an angry lunatic mob of Leftists assaulted Washington D.C. police and tried to attack Sen. Rand Paul and other members of the GOP who had just attended President Trump’s RNC convention speech at the White House.

The photos and videos below show the level of pure insanity and mind-wrenching lunacy to which left-wing mobs have now plummeted. As we’ve stated before, these sub-human creatures have now descended into goblin-like levels of animalistic hatred, and they can no longer be reasoned with or taught to respect any rules of civility.

That’s why it’s time for law enforcement to simply start shooting violence terrorists and lunatic mobs who are attacking innocent people. We are still waiting for the moment at which law enforcement across America is given the order to finally engage these Black Lives Matter domestic terrorists with lethal force, which is the only way to stop them since BLM terrorists refuse to respect any rule of law whatsoever.

As American hero Kyle Rittenhouse demonstrated a few days ago, the use of lethal force works very effectively to stop these violent left-wing mobs from continuing their attacks. In fact, lethal force is the only thing that halts their violence.

What follows are photos and videos from last night in Washington D.C. where these left-wing BLM mobs terrorized lawmakers and their spouses, obviously attempting to intimidate or harm members of Congress. (Curious question: Will the GOP gets off its butt and do something about the violence now? Is it “real” enough now?)

Many of the photos and videos are credited to @bgonthescene 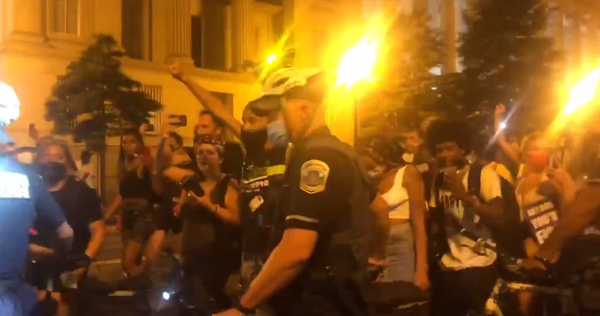 Check out this video, showing a bunch of crazed, animal-like left-wing lunatics hopping around and trying to attack law enforcement who are protecting GOP members of Congress who attended Trump’s speech:

Here are police trying to protect Sen. Rand Paul and his wife: 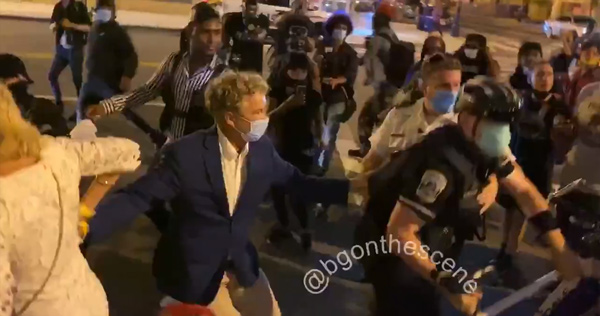 In this video, lunatic Left-wing mobs are shouting in front of a church “If we don’t get it, BURN IT DOWN!”

Here, an angry lunatic left-wing mob tries to attack Sen. Rand Paul and his wife, who are protected by capitol police:

The police were wildly outnumbered and would not have been able to stop someone from simply opening fire on Sen. Rand Paul or other GOP members: 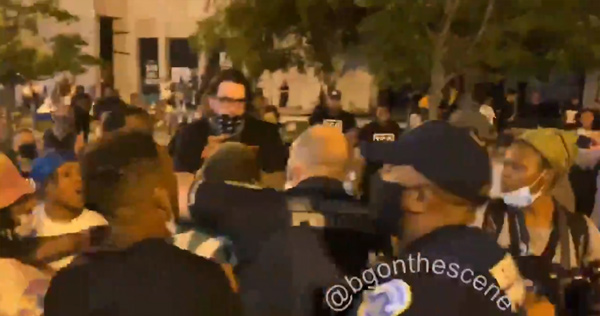 And a still pic from that video: 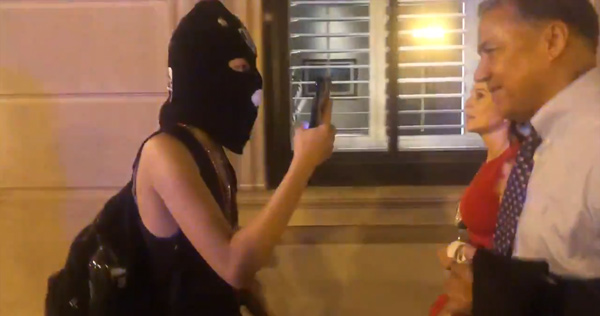 A crazed woman breaking into the back of a transportation van to terrorize the occupants: 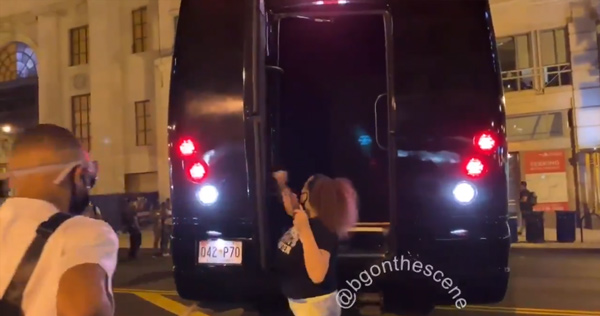 What this videos clearly show is that lunatic Leftists have descended into blatant terrorism and intimidation tactics which will soon escalate into attempted executions of GOP lawmakers.

Perhaps now GOP lawmakers will realize the gravity of the situation that has been unfolding across America and support President Trump declaring Black Lives Matter rioters and mobs to be domestic terrorists.

What’s abundantly clearly now is that the only way these lunatics are going to be stopped is with force. And if they are not stopped, they will lay siege to Washington D.C. and try to overthrow the government of the United States of America.