As the nation continues its leftward drift into a pit of orchestrated disarray, it is becoming clear that that the agenda itself is simply, uncontrollable chaos. There are many things happening in the nation that people have a hard time wrapping their heads around. People are confused, definitions of right and wrong have become deluded and in some areas of the country, expressing any form of patriotism has become a dangerous endeavor. The truth is that people will not understand what is going on until they accept a fundamental premise; a premise that has largely been discredited as a conspiracy theory in the minds of many Americans. Everything going on in the country today is part of a communist agenda to breakdown your morality, leaving you bewildered and not knowing where to stand. This could not be more apparent than the ongoing assault of the traditional family and the remaking of man himself through the “trans” agenda.

To produce a maximum of chaos in the culture of the enemy is our first most important step.  Our fruits are grown in chaos, distrust, economic depression, and scientific turmoil.  At last, a weary populace can seek peace only in our offered Communist State.  At last, only communism can resolve the problems of the masses.[1]

The nation is going mad with the transgender agenda. Our children are being taught that gender is not determined by biology. Men are competing in women’s sports and stealing their opportunities,[2] and they are now airing television commercials depicting men having menstrual cycles.[3] They claim that transgenderism represents a new era in human rights and a failure, or refusal, to accept this is akin to racism. You’re a hateful bigot if you oppose a man who dresses like a woman using the same public bathroom as your five-year-old daughter.

For years the left has accused the conservatives of waging a relentless war on women. Building off the first words of Betty Friedan’s Feminine Mystique,[4] they have insisted that women have been used and abused in an oppressive patriarchy and that men expect nothing from women except to be barefoot and pregnant, dutifully submitting to his every demand.

The problem lay buried, unspoken for many years in the minds of American women. It was a strange stirring, a sense of dissatisfaction, a yearning that women suffered in the middle of the twentieth century in the United States. Each suburban wife struggled with it alone. As she made the beds, shopped for groceries, matched slipcover material, ate peanut butter sandwiches with her children, chauffeured cub scouts and brownies, lay beside her husband at night-she was afraid to ask of herself the silent question- “Is this all?” (Friedan, The Feminine Mystique)

The truth is that Friedan was a professional propagandist of the Communist party[5] and likely wrote the Feminist Mystique in order to create the division we see between men and women today. One of the goals of the Communist party is to discredit the family[6] as an institution. As mentioned earlier, in the minds of many Americans, the “communist conspiracy” has been discredited however, some truths are self-evident.

When it comes to the transgender non-sense gripping the country many people are asking where the feminists are. Why are the women’s rights activists who have been so oppressed by men, allowing them to compete in women’s sports and use their bathrooms? The truth is one that is difficult to grasp. You first must accept the premise that there is indeed a communist agenda to turn everything up-side-down, destroy your morality and remake society in their image. Friedan, as mentioned in the previous paragraph, was a communist.

Marx also viewed the family as a vehicle of oppression in the sense that it encouraged the exploitation of women.

Some Marxists viewed the household as an institution that functions to support capitalism and it permits or even encourages exploitation. That is, by creating and recreating sexual inequalities, and keeping women in the home with responsibility for family subsistence, emotional support and reproduction, the family helps capitalism continue to exploit labor and helps maintains stability within a system of class oppression and inequality.[7]

Furthermore, the destruction of the traditional views of gender was also viewed as something that would liberate women from this oppression. Consider the writings of Freya Brown. In an article called “On the Social Construction of Sex,”[8] she makes the “gender and sex are only social constructs” argument and claims that the differences between the sexes are due to societies patriarchal dominance, which must be deconstructed.

Ultimately, the belief that trans women have access to the benefits of patriarchy is based on a metaphysical view of gender, which takes the presence or lack of certain genitalia as a basis for a “real” gender, existing outside of actually observable social relations and material reality, yet still somehow affecting the contours of gender oppression. This theory is thoroughly anti-materialist and frankly bogus, yet it is allowed to carry more weight than it is due because sex is considered to be innate and immutable. Revealing sex as a socially constructed concept inexorably interwoven with gender would be a major step forward toward combating the ideological justifications for the oppression of trans women.

Of course, the sex/gender dichotomy is part of an ideology that is a product of and a justification for patriarchy, a structural relationship that is oppressive to all women. To argue this in detail, however, will require a historical materialist analysis. (Brown, On the Social Construction of Sex)

The name of Brown’s website speaks for itself. Anti-imperialism.com, indicating that she is indeed a Marxist.

The truth is that conservatism and holding a pro-family stance is more pro-woman than anything the left is pushing. We would never advocate allowing a man posing as a woman to invade the privacy of a little girl in the restroom or allow men to wrestle away athletic opportunities from teenage female athletes, and it isn’t because we are hateful bigots. How you can you be pro-woman and support such non-sense? The traditional view of the family is one where men and women enter into a mutually agreeable contract, where both are viewed as equal partners with different attributes that contribute to the betterment of society. The nation was founded on the principle that family life laid the groundwork for a system of self-governance and liberty, which is why it is so viciously attacked. To the founders, the family represented true equality between the sexes and freedom.

The Founders’ vision of family is built on the equality of the sexes and individual consent. Marriage’s public purpose or function is the procreation and education of children. this function requires a suitable form, so early laws discouraged or outlawed bigamous, polygamous, adulterous relations as inconsistent with marriage, the proper education of children, and hence the interests of society; public opinion was more severe than the laws. the Founders also made efforts to bring surrounding nations toward the peaceful adoption of monogamous, lifelong marriage.[9]

The belief that sex is a social construct or that gender is not determined by biology is all an attempt to undo not only the so-called patriarchy, but the very principles the nation was founded upon. It defies the self-evident, irrefutable truths that keep men free and connected to God. This has been the Marxist agenda all along and they will do whatever is necessary to achieve it.

Democrats now going full blown “anti-white” with their platform, claiming White people are evil and must be oppressed 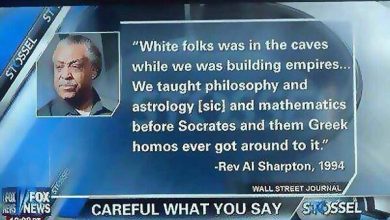 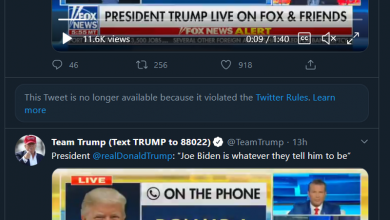 Oprah Claims “Whiteness Gives You An Advantage No Matter What”

Joe Biden Conducts Strange Interview Where He Rambles About Cocaine And Says He Didn’t Take Cognitive Test
August 5th, 2020 The Political Cowboy
Powered by WordPress RSS Feed Plugin
PowerInbox 5×1
You Might Like

Does This Mask Make Me Look Safe Face and Neck Gaiter