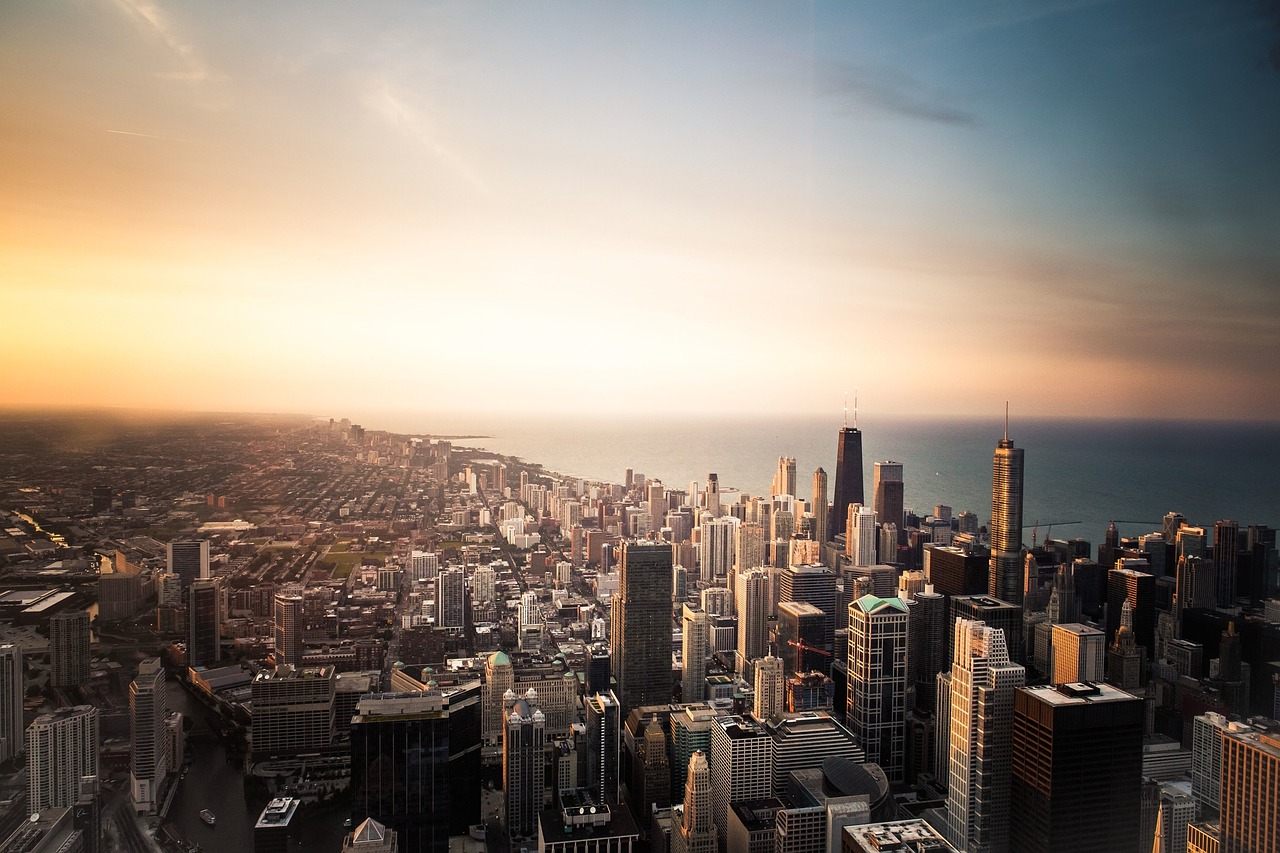 I don’t know why anyone would want to live in Chicago at this point. According to the latest estimate that I could find, “over 117,000 gang members” currently live in the city, and there is so much violence that it regularly makes headlines all over the globe. Some of the wealthy areas of Chicago still look nice, but many communities have been transformed into something straight out of a war zone. Large churches, hospitals and factories that were once so beautiful are now rotting and decaying all over the city, and a vibrant open air drug market scares customers away from local businesses. Sadly, the truth is that the entire country is going down the exact same path that Chicago has gone.

Coming into last year, Chicago was known as one of the murder capitals of the world, but nobody expected the murder rate to spike “by more than 50% in 2020”…

Chicago police also released the final crime number for 2020 Friday which showed that shootings and murders jumped up by more than 50% in 2020.

But even though last year was so horrific, some officials are expressing optimism about the future.

For example, Dr. Faran Bokhari believes that the COVID vaccine is going to make a tremendous difference…

“I think our savior is going to be the COVID vaccination,” Dr. Faran Bokhari, Chief of Trauma at Cook County Hospital. “I think people are so tired of being indoors and not being able to do what they usually do.”

Yes, gang members and drug addicts will feel so much better about life and will become a lot less violent once they are vaccinated and can get out into the streets a lot more.

Good luck with all that.

State Representative Marcus Evans has a different strategy in mind. He believes that banning “Grand Theft Auto” will solve this crisis…

It’s no secret that crime is out of control in Illinois and one lawmaker has a solution. In response to an increase in carjackings in Chicago, State Representative Marcus Evans Jr. wants a law passed making it illegal for retailers to sell violent video games to minors. “Grand Theft Auto” is not mentioned in the bill but Evans pointed to that specific game during a press conference on Monday.

Meanwhile, people continue to flee the city of Chicago and the state of Illinois at a staggering pace.

In fact, the exodus that we witnessed in 2020 is being described as “historic”…

Illinois recorded a seventh straight year of population loss from July 2019 to July 2020, but the year’s drop was historic – 79,487 residents, the most since World War II and the second largest of any state in raw numbers or percentage of population. Larger declines year over year have also caused Illinois to suffer the largest raw decline in population, and second largest on a percentage basis since 2010, shedding 253,015 people – triple any other state’s losses.

I can understand why so many residents are leaving for greener pastures, but other major cities are also seeing dramatic spikes in crime too.

One study that was recently released found that murder rates in 34 major U.S. cities rose by an average of 30 percent last year…

THE HOMICIDE RATE across 34 American cities increased by 30% on average during 2020, according to experts, as the U.S. reeled from the coronavirus pandemic and widespread protests against police brutality.

The newly released report from the National Commission on COVID-19 and Criminal Justice found that homicides rose in 29 of the 34 cities studied and that the three largest cities in the sample – New York, Los Angeles and Chicago – accounted for 40% of the additional homicide victims in 2020.

At this point, nearly all of our big cities are becoming unsafe.

If you want to avoid all of the violence, you could try moving to a small town, but that might not work either.

For example, the small town of Chickasha, Oklahoma sounds like it would be a nice place to live, but look at what just happened there…

A repeat felon has confessed to killing his neighbor, cutting out her heart and feeding it to his family before murdering his uncle and a four-year-old girl, Oklahoma authorities say.

Lawrence Paul Anderson, 42, allegedly stabbed the neighbor, Andrea Lynn Blankenship, to death at her home in Chickasha on February 9.

Unfortunately, the truth is that our entire society is in the process of melting down all around us, and this process is only going to accelerate during the very difficult years ahead.

The worse economic conditions become, the more desperate people are going to get, and right now more businesses are shutting down with each passing day.

For instance, we just learned that Fry’s Electronics will be permanently shutting down all of their stores…

Consumer electronics retailer Fry’s Electronics is going out of business after nearly 36 years.

Fry’s “has made the difficult decision to shut down its operations and close its business permanently as a result of changes in the retail industry and the challenges posed by the Covid-19 pandemic,” the company said in a statement on its website. The company said it has begun the “wind-down” process as of Wednesday and has stopped its normal operations.

As I have discussed in numerous recent articles, poverty is exploding all over America and this economic downturn is hitting those at the bottom of the economic food chain particularly hard.

As this economic crisis grows, those at the bottom of the economic food chain will increasingly be venturing into wealthy neighborhoods to take our their frustrations.

Those with a “Robin Hood mentality” will try to claim that there is “justice” in taking from the rich and giving to the poor, but in reality it will just be a way to justify the rampant lawlessness in our streets.

The rioting, looting and violence that we have seen so far is just the beginning.

Much worse is coming, and it won’t be too long before the entire country looks like the streets in the worst parts of Chicago.