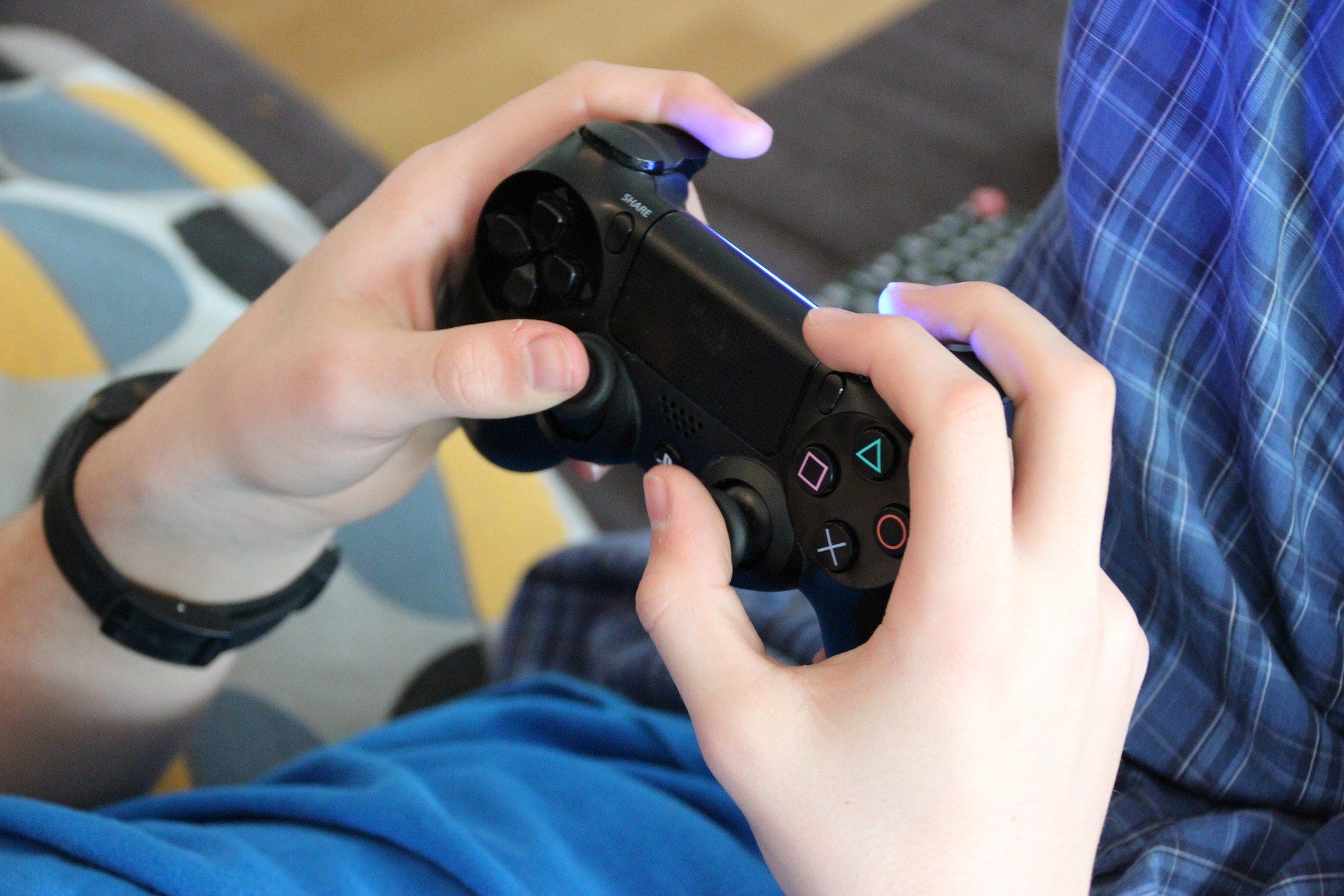 “If it moves, tax it.” That’s government’s eternal motto, as Ronald Reagan quipped. To this, the city government of Chicago has added, “If it amuses, tax it.”

A few weeks ago, PlayStation 4 users in Chicago were shocked when they turned on their consoles and saw a message from Sony. The message informed users that as of November 14, 2018, they would be required to pay a 9 percent “amusement tax” for PlayStation subscriptions such as PlayStation Now, PlayStation Plus, PlayStation Music, and others.

The tax is specifically related to streaming services, so the PlayStation games themselves will not be subject to the 9 percent tax. But in today’s subscription-heavy economy, many users purchase these consoles as a medium to stream videos and music rather than using them solely to play games. Not to mention, the tax will still include subscription services that allow Playstation users to connect and play with other users around the globe. So if you own a PlayStation in Chicago, it is unlikely that you will be able to fully avoid this tax.

PlayStation users, however, are not the only victims of this absurd tax.

Chicago is one of the most heavily taxed cities in the country. In addition to holding the title for the highest sales tax nationwide, the city also levies additional taxes on bottled water and cell phones.

The amusement tax was actually passed several years ago and included almost all forms of entertainment. Whether residents are looking to spend an evening at the theater, see a concert, cheer on their favorite sports team, go to a nightclub, or even catch a movie, they are on the hook for an additional 5 percent tax.

In 2015, the amusement tax was expanded as city officials realized they could bring in additional revenue with the creation of a “cloud tax.” Capitalizing on the popularity of streaming services, the city began instituting a 9 percent tax for using platforms like Netflix, Hulu, Spotify, and others. And thanks to the inclusion of the streaming services, the amusement tax now brings in about $12 million annually. It also applies to anyone whose billing address is within city limits.

The city of Chicago is currently operating on a $400 million deficit. It’s no wonder, then, that the city has had to get creative when it comes to extorting money from its residents. The amusement tax was created as a means of decreasing the deficit and aiding the city in paying for additional expenditures, which essentially means that Chicago dwellers are once again on the hook for the government’s poor decisions.

To make matters worse, Chicago is also a city with a horrible reputation for government corruption, and especially corruption within the local police force. When Democratic Mayor Rahm Emanuel approved the additional tax on streaming services, it was done so with the explicit purpose of helping to fund the $530 million increase given to Chicago’s police force. However, even with the increased funding, Chicago law enforcement has still been unable, or unwilling, to combat the city’s skyrocketing crime rates.

Sony may have just recently announced that it would be enforcing this tax, but Xbox and Nintendo users have already been dealing with it for years. In fact, Sony actually refused to enforce the tax and did not finally capitulate to the city’s wishes until mid-November, when unsuspecting users were greeted with a warning message as soon as they logged on to their PlayStation accounts.

While it is unclear why Sony decided to begin enforcing the tax at this time, it is likely that statements from government representatives scared the company into submission. A spokesman for the city’s Law Department, Bill McCaffrey, recently said,”If a business is not collecting the tax where we believe it applies, the city takes the necessary steps and works with the company to ensure compliance with the law.”

But while some have bent to the whims of the city government, others have continued to challenge the city’s authority to tax anything and everything. Apple, for example, has held strong against the city of Chicago. The tech giant has even gone so far as to take the city to court rather than burden its users with additional fees. And thanks to a bill passed during the Clinton era, Apple has a legitimate case against the city.

Right after the “cloud tax” was instituted, the Liberty Justice Center came forward to challenge the city’s new policy on behalf of the taxpayers in the case known as Labell vs. The City of Chicago.

Unfortunately, the court ruled in favor of the city in May, upholding its authority to levy and collect the cloud tax. Since the amusement tax was passed prior to the inclusion of the cloud tax, the city argued that this was not a new tax and thus was merely a reinterpretation of the existing law.

We plan to appeal this decision because it has far broader implications than this single attempt to tax online entertainment. Cloud-based entertainment isn’t unique to Chicago, and people take this entertainment in and out of city limits all the time. Therein lies one of the biggest problems with this tax: The city is taxing activity outside its borders because the tax applies regardless of whether a customer actually uses a service in Chicago. If today’s decision is allowed to stand, then local governments across Illinois could tax activity that occurs outside their borders. We will continue to fight for taxpayers against the city’s expansion of its taxing power.

While the Liberty Justice Center waits to appeal this decision, Apple has continued the fight against this unjust tax. Just a few months after the same court ruled in favor of the city, Apple filed a complaint in the Circuit Court of Cook County, Illinois.

The tech company’s complaint touches on four different violations it believes the city is guilty of committing. But the primary complaint rests on Chicago’s violation of the Internet Tax Freedom Act (ITFA).

The bill was supposed to help protect consumers against the possibility of discriminatory taxation on electronic commerce. For example, if internet users are already being taxed for their internet service, they should not be forced to then pay further taxes for using the internet to access streaming sites. By doing so, the cloud tax also discriminates against those who choose to purchase digital movies instead of physical DVDs, which are not subject to the cloud tax.

In addition to violating federal law, Apple is also asserting that the new tax is a violation of the Illinois constitution. As explained by DigitalMusicNews.com’s Daniel Sanchez:

Under Illinois law, all home-rule ordinances must fall within the limits of the unit. So, a “home-rule unit” – in this case, Chicago – “may exercise any power and perform any function pertaining to its government and affairs.

There’s just one problem. Chicago city officials have imposed the Amusement Tax on citizens streaming music when outside the “home-rule unit.”

Since the cloud tax is extended to everyone with a Chicago billing address, this means it is still being levied on those who enjoy streaming services outside city limits, making it a violation of state law.

By creating an “extraterritorial effect,” the company argues, the city has “subjected Apple to collection requirements even for activities that take place primarily outside” Chicago. In addition, the city has extraterritorially expanded its taxing and regulatory jurisdiction to transaction and business activities outside of Chicago.

Apple’s additional complaints involve violations of the federal commerce clause, as well as violations of the 14th Amendment right to due process. While the outcome of the case is unclear, Apple’s unwillingness to cooperate with the city’s ridiculous amusement tax is a testament to its integrity.

Chicago is proof that there is almost nothing that government entities won’t try to tax. And if you’re a Chicago resident, you might want to think twice before asking Santa for a PlayStation 4 this year, lest you have to deal with the city’s amusement tax.

Brittany is a writer and editor for the Foundation for Economic Education. Additionally, she is a co-host of Beltway Banthas, a podcast that combines Star Wars and politics. Brittany believes that the most effective way to promote individual liberty and free-market economics is by telling timely stories that highlight timeless principles.