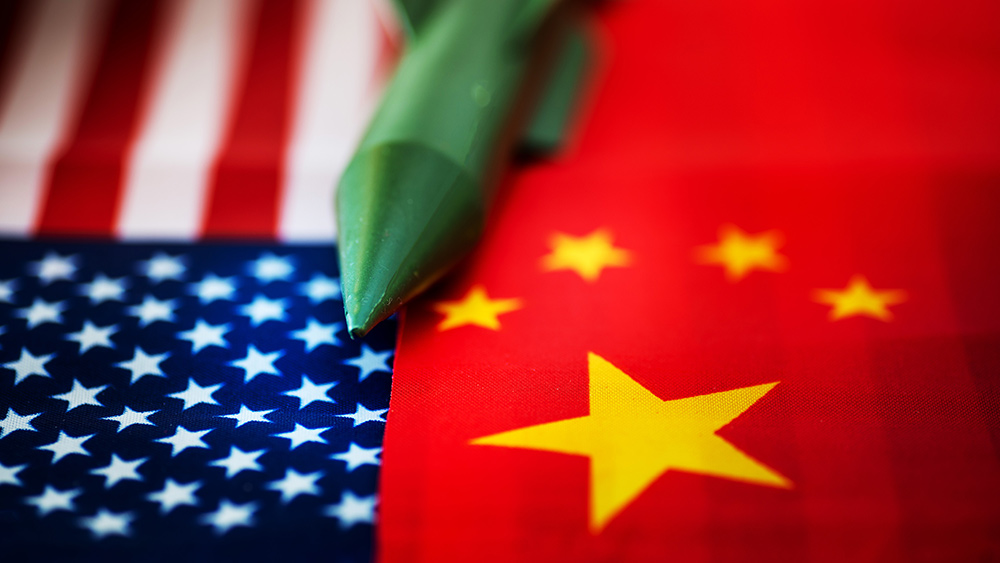 (Natural News) China recently launched a new satellite into space that analysts have said may be a weapon that will be used to grab and crush American satellites.

The China Aerospace Science And Technology Corporation, which is a Chinese state-run space company, said the Shijian-21 satellite is “tasked with demonstrating technologies to alleviate and neutralize space debris.”

However, Sunday’s launch on top of a rocket booster from the Xichang Satellite Launch Center military facility in the mountains of the Sichuan province comes not long after China is believed to have tested a new hypersonic missile in a move that they said was simply a peaceful space experiment. The classified nature of the mission and the lack of transparency regarding its intentions have sparked concern around the world.

This spring, Air Force General James Dickinson, the commander of the U.S. Space Command, told Congress that spacecraft like the robotic satellite launched this weekend are part of China’s efforts to gain space superiority with space attack systems.

At the time, he drew attention to the Shijian-17, a satellite that he said could use its robotic arm technology to grapple other satellites. Although it is said to be used for monitoring space debris and communications, it can maneuver close to other orbiting satellites and crush or grab them, prompting General Dickinson to say that it is part of China’s growing arsenal of space weaponry.

In 2013, U.S. intelligence detected some unusual movements by a trio of satellites that turned out to be from the Shijian series; the term “Shijian” means “practice.” In addition to satellites with robotic arms, China also possesses space weapons such as ground-launched anti-satellite missiles that have the power to hit satellites across a broad range of orbit altitudes, along with lasers and electronic jammers.

The country has been known to use civilian space development, such as debris mitigation, as a cover for testing its co-orbital anti-satellite weaponry.

General Dickinson said that they are being dishonest as they continue to build their arsenal. “All the while, China continues to maintain their public stance against the weaponization of space,” he said.

Meanwhile, space security analyst Michael J. Listner has said that it is difficult to know exactly what China is capable of because a lot of space technology that “has peaceful uses can be used for non-peaceful uses.”

Listner added that the country “says ‘trust us,’ but the classified nature of the mission and the PRC’s development of counter-space capabilities says otherwise.”

Other experts have weighed in with their suspicions about the goal of these efforts. Retired Indian Colonel Vinayak Bhat, who is a former imagery intelligence analyst, has said that the Shijian-21’s launch is suspicious because the communist country has not shown too much interest in reducing space debris in the past. In fact, they have been launching bigger rockets, which has been increasing space debris.

He said that the launch suggests that China is aiming to militarize space. He commented: “This robotic arm technology is inherently dual use and would most certainly be used as a space weapon to capture and disable/destroy enemy satellites.”

A report from the Defense Intelligence Agency found that the Chinese military views space warfare as a way to counter and deter U.S. military intervention in the event of a regional conflict. For example, capturing or destroying satellites and other sensors could make it harder for countries like the U.S. to use precision guided weapons. Reports by the People’s Liberation Army of China have also indicated a desire to “blind and deafen” their enemies by targeting navigation, reconnaissance, early warning and communication satellites.