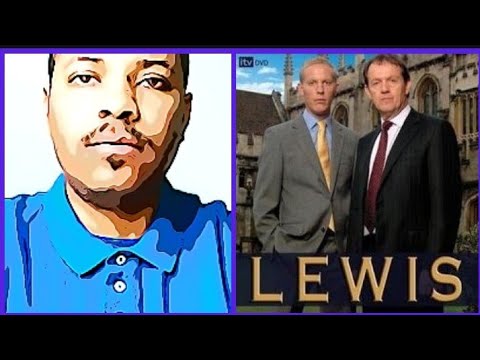 Adrenochrome is a chemical compound produced by the oxidation of adrenaline. (Oxidation is the loss of electrons during a reaction by a molecule, atom or ion.) The effects of ingesting adrenochrome may be hallucinogenic and psychotropic, and may trigger psychotic reactions such as thought disorder, derealization, and euphoria.

In November 2017, FOTM‘s Trail Dust published a post, “Adrenochrome and Elite Vampirism,” about AltMedia rumors of elites kidnapping children not just for pedophilia, but to kill them for adrenochrome for its alleged anti-aging and life-extending effects. It must be said that neither Wikipedia nor a chemistry website claims those effects.

That adrenochrome is rejuvenating and life-extending is the stuff of internet rumors and pop culture. As an example, the drug was featured in the second episode of Season One of the TV series, Lewis, which was first aired in Britain on February 18, 2007. [Inspector] Lewis is a spin-off from the popular Inspector Morse series.

In Episode Two, “Whom the Gods Would Destroy,” written by Danny Boyle, beginning at about the 1:16:50 mark, DI Lewis and DS Hathaway were searching a suspect’s apartment, in a case concerning the murders of two members of an Oxford University club from 30 years ago — the Sons of the Twice Born (a reference to the Greek god Dionysius). Those murders harken back to the murder of a prostitute 30 years ago by the Oxford club.

In the suspect’s apartment, Hathaway found a note-pad with the imprint of the word “Adrenochrome”.

Hathaway explains: “It’s a drug, a very special drug found in a very special place. To harvest adrenochrome, you have to go to Hell itself. You’ve got to murder for it.”

The scene then cuts to Lewis and Hathaway interrogating the female suspect.
Lewis: “Do you know what adrenochrome is? . . . Adrenochrome is a drug, Tina. And Platt and his crew (referring to the Oxford students club), they thought drugs could work wonders for them, couldn’t get enough of them. And how they wanted to try adrenochrome, but try it in its purest form which, myth has it, gives the highest of highs. But the thing about it is, in its purest form adrenochrome comes from the human adrenal gland. When you remove that, the donor dies.”

But adrenochrome is no longer the stuff of internet speculation.

Recently, a TV reporter in Turkey spoke about Hollywood celebrities keeping themselves looking young by ingesting adrenochrome harvested from children. Here’s the video:

Note that the reporter ties in adrenochrome with the curious phenomenon of the black eye sported by so many celebrities and political figures — that a side-effect of ingesting adrenochrome are blue spots around one’s eye(s).

Needless to say, ingesting a human’s adrenochrome is a form of cannibalism.

Here’s what is odd about Alibaba: