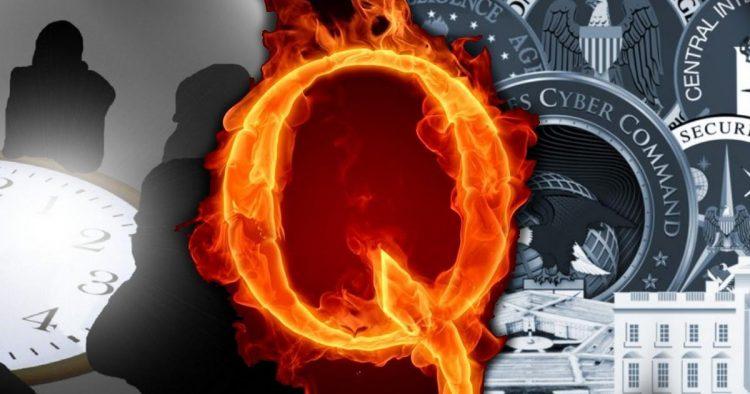 Former CIA agent and whistleblower Kevin Shipp was targeted by the CIA when he blew the whistle on them alleging that it had placed them in a mold-contaminated home that made them sick and required nearly all their possessions to be destroyed. He was going to join us live but decided that his comments given in a short video were enough on the subject for anyone, especially Christians, to question the validity, authenticity and truthfulness of the Q psyop. He has been attacked relentlessly by the Q cult. Today, I’ll be sharing his thoughts on Q.

Kevin’s comments, as well as previous shows mentioned and other articles and Q posts mentioned.

Because “Q anon” has such control over a sizable number of people, approximating two million, I decided to do my own investigation, much like those I did as a CIA counterintelligence investigator, digging into a espionage cases. Before the army of trolls or offended Q anon devotees try the accusation, “Once CIA always CIA,” I encourage you go go to the blue bar at the top of this site and read the account of blowing the whistle on the CIA, risking prison; because of the poisoning of my family. All the documents the CIA tried to black out and conceal are there.

Since Q claims to be an insider with a high level “Q” clearance, that is where I started. Because I had the highest clearance in the US government and was an internal investigator for security clearances, I knew immediately Q was a fake. If an insider with such a clearance posted classified information on the dark web, the site of hard core porn, pedophilia and drug trafficking, he or she could be easily identified, in less than a week, because of data on all those with this clearance. An espionage investigation would be initiated and the person arrested in a matter of days. Of course, this has not happened with this person or persons. I think it began with just two people. If you examine 8 Chan’s history, you will see the poster started with, “FBI anon,” this did not take, so he went to, “CIA anon,” this did not take, so he went to, “White House Insider anon,” this did not take, so he went to, “Q clearance patriot.” Because these posts appealed to a wide variety of existing conspiracy theories, this worked and the perpetrator renamed himself, “Q.”

I knew going in, with my first interview with brilliant journalist Greg Hunter, I would receive a significant amount of attacks from Q followers for questioning their oracle. Of course this happened. It increased with my subsequent Twitter posts exposing, “Q” and with interviews I have done since then. Real investigative journalism does not kiss up to a mob, nor is it afraid of retribution. Because Q is leading so many good people into what amounts to a digital cult, I feel duty bound to reveal my findings.

For the Love of Freedom, 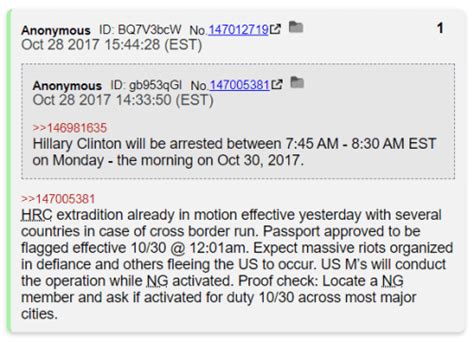