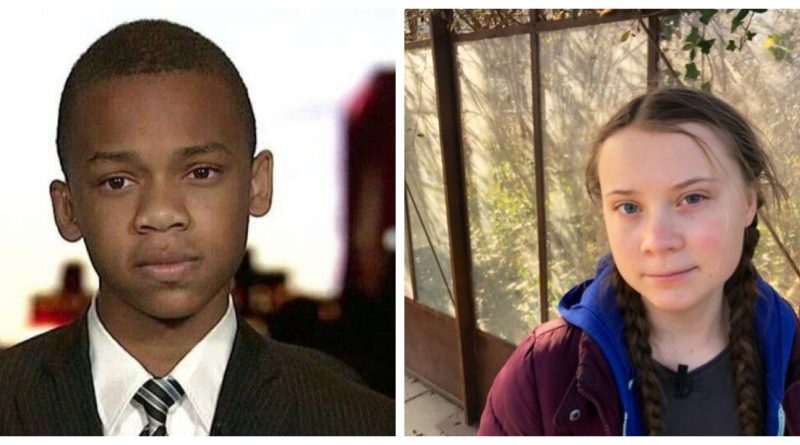 Greta Thunberg was just named Time’s “Person of the Year.”

This ensures that she will be forever remembered with the likes of Adolph Hitler, Bill Clinton, Stalin, Khrushchev and Ayatollah Khomeini.

Still, despite her international accolades, CJ Miller thinks he can teach Greta a thing or two about reality.

Here’s more from Conservative US:

Environmental activist Greta Thunberg has been named TIME Magazine’s 2019 Person of the Year.

Thunberg, who is Swedish, rose to international prominence this year with her Fridays for Future protests, which took root around the world. She has been participating in climate protests across the globe and is credited with raising awareness of climate change.

CJ Pearson challenged environmental activist Greta Thunberg to a debate on climate change following an announcement that she had been named Time Magazine’s 2019 Person of the Year.

“[Greta] – teen to teen – let’s meet on the battlefield of ideas and debate the merits of your claim that climate change is the existential crisis you characterize it to be,” he challenged.

.@GretaThunberg – teen to teen – let’s meet on the battlefield of ideas and debate the merits of your claim that climate change is the existential crisis you characterize it to be.

What do you say?

The kid with brass cajones is back and wants a piece of Greta.

I wonder if Greta could act her way through this one?

Did you know Greta Thunberg is an actress with a pretty good resume for a 12-year-old?

You won’t see that on CNN or Fox.

So do you think CJ Pearson would have the goods to take down a little girl who is playing the part of international climate savior?

CJ Pearson fears no one, not a congresswoman nor a child actress who just won Time’s “Person of the Year”.

Hopefully Greta is smarter than AOC and doesn’t try to engage this kid.

If CJ Pearson wanted to debate me, as a 50-year-old man with above average intelligence, I’d probably run the other way.

I went to state in debate in high school and he’s out of my league.

This kid is brilliant and has a big future ahead of him.

We wish Greta continued success with her acting career as well.

Her comedic presence is priceless.