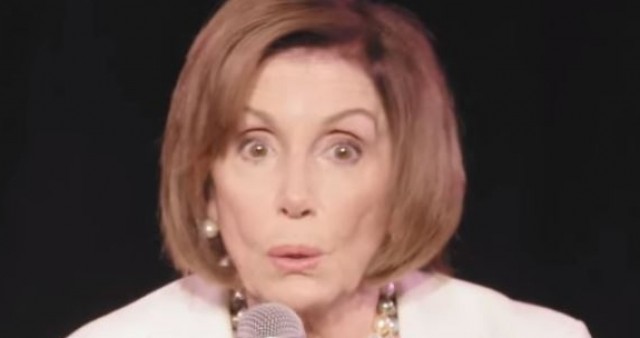 Do you think they come by these windfall fortunes honestly?

If you do then you had better start paying attention.

Here’s a story of corruption from ConservativesRUs:

…A few years back a huge scandal burst out but the Dems made a cover-up of everything as always.

Steve Kroft reported that members of Congress can legally trade stock based on non-public information from Capitol Hill and the main star of the show was Nancy Pelosi.

Pelosi and her husband participated in an initial public offering of Visa in 2008, according to CBS. They bought 5,000 shares at the initial price of $44; two days later, shares were trading at $64, CBS said.

The network reported the investment came at the same time a piece of legislation that was opposed by credit-card companies was making its way through the House.

“Congress has never done more for consumers nor has the Congress passed more critical reforms of the credit card industry than under the Speakership of Nancy Pelosi,” Pelosi spokesman, Drew Hammill, said in a statement few days after the report came out.

CBS said it used as a starting point for its story the research of Peter Schweizer, a fellow at the Hoover Institution, a conservative think tank at Stanford University.

About a year ago, he began work on a book about “soft corruption” in Washington, CBS reported. The network said it had independently verified the material it used.

Move forward to about the 8:30 mark to see the section that features Pelosi.

I wonder how much money Pelosi, and others, have made since then?

What is wrong with this picture America?

Ever wonder why candidates spend millions, primarily other people’s money, to gain jobs that pay them less than $200,000 a year?

That old 60 Minutes piece is a major clue as to why they do it.

And you thought you were donating to someone who had your best interest at heart.

The least corrupt politicians are, more often than not, quite corrupt.

And it’s not just Democrats.

We simply try to support and vote for the least corrupt people we can.

He already had his money BEFORE moving to Washington.

If he leaves with MORE than he started with I can overlook that because he knew how to make money LEGALLY before we elected him as President.

Many, or most, politicians in D.C. don’t know the definition of honest money.