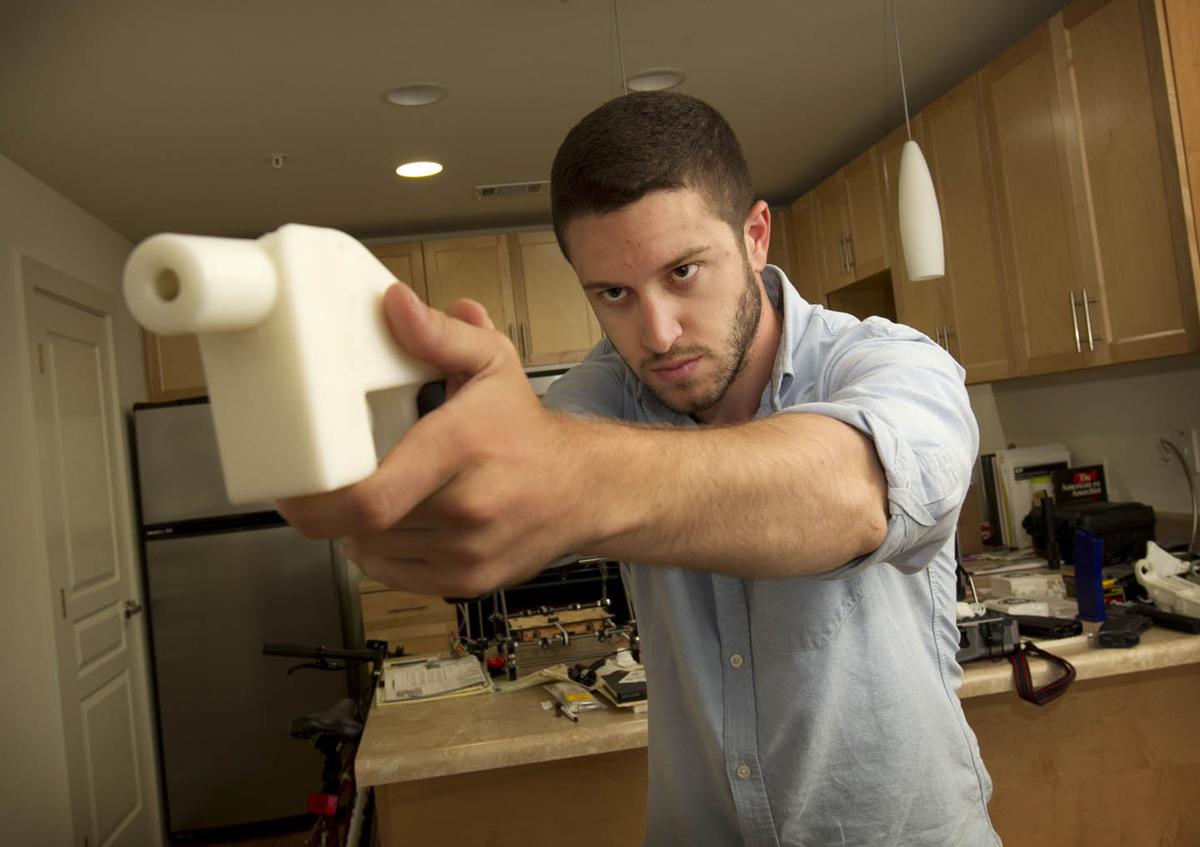 Come Aug. 1, anyone will be able to download the types of files he fought to post freely, including firearms blueprints and Wilson’s first 3-D printable gun, “the Liberator.” Dallas News

In 2013 a brash young Texan named Cody Wilson burst onto the scene by introducing a homemade gun called The Liberator. He began sharing plans so people could make their own firearms at home, with the use of 3-D printing technology.

But, as might be expected, that did not last for long. As Mac Slavo reported in 2014:

In 2013, when Wilson released the 38 caliber 3-D printed Liberator handgun, anti-gun advocate Senator Chuck Schumer of New York called it a “stomach churning” development that “must be stopped.”

A few days after Wilson’s video demonstration of the first ever plastic firearm went viral and over 50,000 people downloaded the open source plans, Federal authorities swooped in and shut down the operation claiming that the free release of the plans violated the Arms Export Control Act.

According to Dallas News, Wilson did not accept the shut down order as final and, joined forces with the Second Amendment Foundation to sue the State Department, filing a lawsuit in 2015 in a U.S. district court in Texas.

Score one for the good guys.

So beginning August 1st Cody Wilson can again start distributing plans for people to make their own guns at home.

The settlement says Defense Distributed’s customers and the Second Amendment Foundation’s members can “access, discuss, use, reproduce and otherwise benefit” from the sort of technical data and files that started this dispute.

Wilson said he plans to do more than that. He’ll gather and host “encyclopedic” information for homemade gun-making, including files, drawings and designs that could make do-it-yourself firearms accessible to anyone.

It’s legal to build a firearm without a license, according to the Bureau of Alcohol, Tobacco, Firearms and Explosives.

But under the law, the weapon can only be for personal use. Anyone wanting to sell or distribute a homemade gun would need a license to manufacture firearms.

3-D printing is now within the financial reach of many and printers are available from many popular retailers. Prices start around $200 but can go as high as six-figures for commercial grade machines.

Like all technology, prices will surely drop as popularity gains.

Cody Wilson, a bold young Texan who loves the 2nd Amendment, has just scored another major victory for gun rights in America.

Visit his Defense Distributed site and consider joining if you are interested in making your own guns from home.