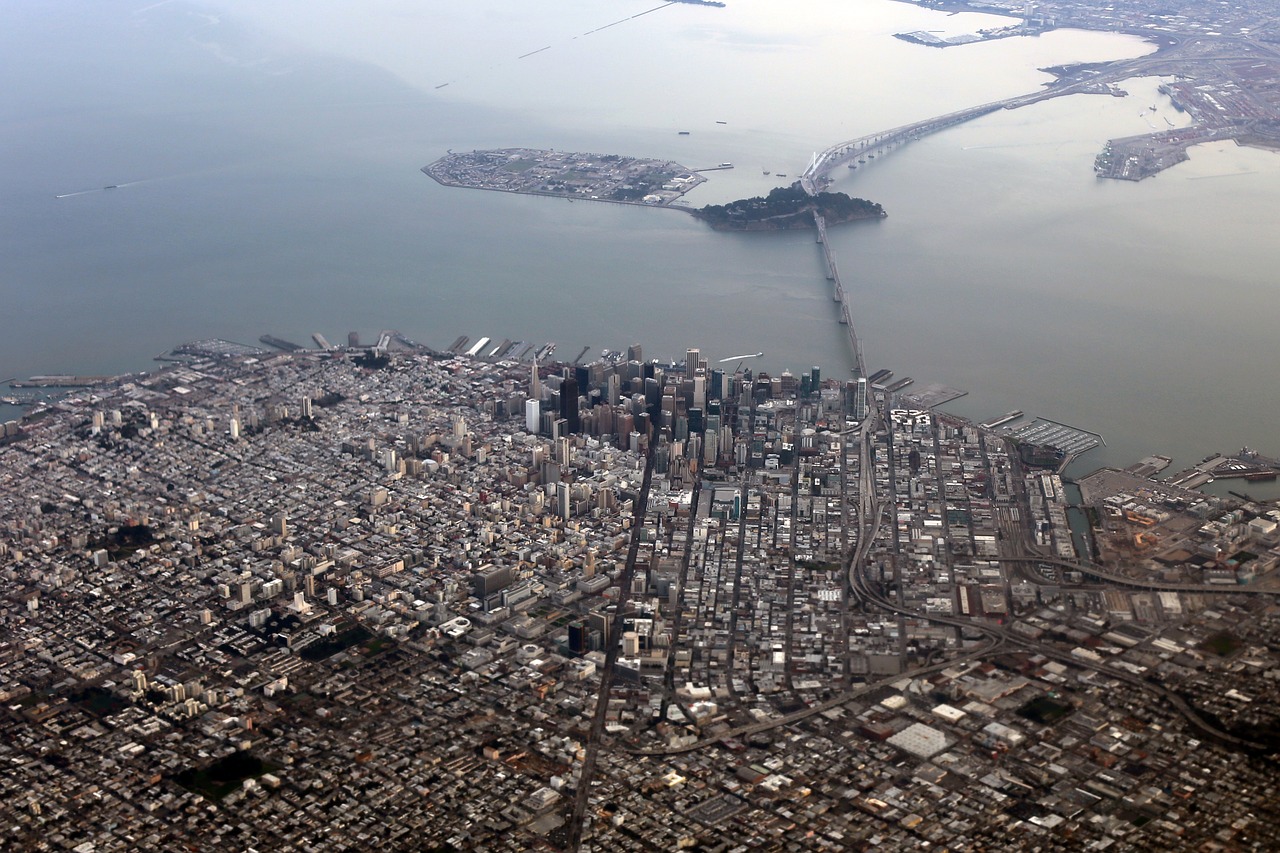 Once upon a time, some of the most beautiful cities in the entire world were on the west coast, but now those same cities are degenerating into drug-infested cesspools of filth and garbage right in front of our eyes. San Francisco is known as the epicenter for our tech industry, and Los Angeles produces more entertainment than anyone else in the world, and yet both cities are making headlines all over the world for other reasons these days. Right now, nearly a quarter of the nation’s homeless population lives in the state of California, and more are arriving with each passing day. When you walk the streets of San Francisco or Los Angeles, you can’t help but notice the open air drug markets, the giant mountains of trash, and the discarded needles and piles of human feces that are seemingly everywhere. If this is what things look like when the U.S. economy is still relatively stable, how bad are things going to get when the economy tanks?

In San Francisco, the homeless population has grown by 17 percent since 2017, and when a UN official recently walked the streets she was absolutely horrified by what she witnessed…

When Leilani Farha paid a visit to San Francisco in January, she knew the grim reputation of the city’s homeless encampments. In her four years as the United Nations Special Rapporteur for Adequate Housing, Farha has visited the slums of Mumbai, Delhi, Mexico City, Jarkarta, and Manila. The crisis in San Francisco, she said, is comparable to these conditions.

I have never been to Mumbai, Delhi, Mexico City, Jarkarta or Manila, and so I will just have to take her word for what the conditions are like there.

But how can this be happening in one of the wealthiest cities in the entire country?

Sadly, to a large degree San Francisco has done this to itself. Every single day drugs are openly bought and sold at “an outdoor market of sorts” right in the heart of the city, and authorities know exactly where it is happening…

To drill down on the epicenter of the crisis, a recent New York Times inquiry set out to find the dirtiest block in San Francisco. After asking statisticians to compile a list of streets with the most neighborhood complaints regarding sidewalk cleanliness, the Times landed on a winner: Hyde Street’s 300 block, which received more than 2,200 complaints over the last decade.

A visit to the block yields a harrowing sight of drug addicts and mentally ill residents, many of whom are part of the city’s overwhelmingly large homeless population. During the day, drug users host an outdoor market of sorts, selling heroin, crack cocaine, and amphetamines along the sidewalks.

They could shut down the drug dealing if they really wanted to do so.

And anywhere the illegal drug trade is thriving, you are also going to have a lot of property crime. At this point, no city in America has a higher rate of property crime than San Francisco does…

San Francisco is the nation’s leader in property crime. Burglary, larceny, shoplifting, and vandalism are included under this ugly umbrella. The rate of car break-ins is particularly striking: in 2017 over 30,000 reports were filed, and the current average is 51 per day. Other low-level offenses, including drug dealing, street harassment, encampments, indecent exposure, public intoxication, simple assault, and disorderly conduct are also rampant.

Meanwhile, things are not much better in Los Angeles. In fact, many would argue that L.A. is in even worse condition.

The homeless population in the city has risen 16 percent since last year, and it is taking over neighborhood after neighborhood. Los Angeles was once one of the most beautiful cities in the entire world, but now it is rapidly being transformed into a hellhole…

If someone predicted half a century ago that a Los Angeles police station or indeed L.A. City Hall would be in danger of periodic, flea-borne infectious typhus outbreaks, he would have been considered unhinged. After all, the city that gave us the modern freeway system is not supposed to resemble Justinian’s sixth-century Constantinople. Yet typhus, along with outbreaks of infectious hepatitis A, are in the news on California streets. The sidewalks of the state’s major cities are homes to piles of used needles, feces, and refuse. Hygienists warn that permissive municipal governments are setting the stage — through spiking populations of history’s banes of fleas, lice, and rats — for possible dark-age outbreaks of plague or worse.

Skid Row is the epicenter of the homeless problem in L.A., and I highly recommend that you do not go down there to check it out for yourself.

It is hard to believe that people are actually living this way in America in 2019. This is what one reporter witnessed during his visit to the neighborhood…

If you want to know how bad the homelessness crisis has gotten in California, just turn to 4 squares miles east of Main Street in downtown Los Angeles. The area, known as Skid Row, has long been inhabited by the city’s poorest residents. These days it resembles something akin to a nightmare.

Residents sleep in tents surrounded by discarded needles and feces, their belongings tucked into trash bags and shopping carts. Some shade themselves with tarps or use nearby light poles to connect to power. Others have contracted typhus from rats scurrying across the sidewalk. One resident was even found bathing in the water from a broken fire hydrant.

This is where the rest of the country is headed if we are not very careful. Bad policies have bad consequences, and our leaders have been taking us in the wrong direction for a very long time.

And instead of getting to the root of our problems, most of our politicians seem to think that engaging in bizarre social experiments will somehow solve our problems.

For example, Los Angeles Mayor Eric Garcetti is convinced that we can solve the homeless problem by building tiny housing units in the backyards of private homeowners…

As part of this mission, the city is pursuing a pilot program, made possible by a $1 million Bloomberg Philanthropies grant, that would help homeowners install backyard units on their properties. In exchange for a $10,000 to $30,000 stipend, homeowners would be able to charge a small rent to homeless tenants, who would pay their share through vouchers or their own income. The city also plans to institute a matchmaking process that pairs owners and tenants.

“Our homeless crisis demands that we get creative,” the mayor said. If the backyard pilot works, he added, the idea could be adopted anywhere.

So if you live in Los Angeles, soon you will be able to bring the needles and piles of human feces from Skid Row into your own backyard.

Deaths have jumped 76% in the past five years, outpacing the growth of the homeless population, according to a Kaiser Health News analysis of the coroner’s data.

Year after year, this homelessness crisis is only getting worse.

The fabric of our society is literally coming apart right in front of our eyes, and we can all see what is happening, and yet our leaders seem absolutely powerless to fix it.

If we continue on this trajectory, what is our nation going to look like in a few years?

Just something to think about…