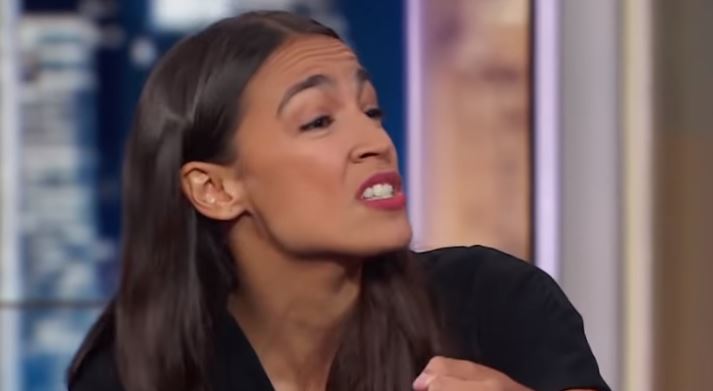 The group, Citizens Against Government Waste, noted that Ocasio-Cortez received 54 percent of the organization’s online poll. That easily beat out Sen. Elizabeth Warren (D-Mass.), who garnered 25 percent for her “Medicare for All” proposal, and four other candidates.

“For pushing a radical plan that would destroy the American economy, Rep. Ocasio-Cortez deserves the distinction of 2019 Porker of the Year.”

The Green New Deal is a Leftist plan to allegedly address climate change through reductions in emissions. The plan calls for a complete societal change and even includes a job guarantee for all Americans, though it doesn’t provide details as to where those jobs will come from, or the money to implement the rest of the scheme.

A liberal-leaning think tank estimated in 2018 just the jobs guarantee portion of the plan would cost the government about $543 billion per year.

President Trump and the Republican Party have seized on the Green New Deal as proof that Democrats have turned too far Left heading into the 2020 elections.

He has argued that Democrats are attempting to enforce a costly, socialist utopia on the rest of the country that would ruin the economy.

Last year, Ocasio-Cortez was asked about her plan and its associated costs.

“We can recoup costs, but oftentimes you look at, for example, the GOP tax cut, which I think was an irresponsible use of government expenditure,” she said. “But government projects are often financed by a combination of taxes, deficit spending and other kinds of investments.”

CNN estimated that the entire plan would cost $40 trillion over the course of 10 years. The New York lawmaker has proposed raising taxes on the wealthiest Americans to cover about $2 trillion of that expense.

“Her bill would be a disaster for American taxpayers for a litany of reasons that are difficult to count,” the group said in a statement. “Rep. Ocasio-Cortez and her allies have yet to submit a plan that comes even remotely close to paying for this tsunami of new spending.”