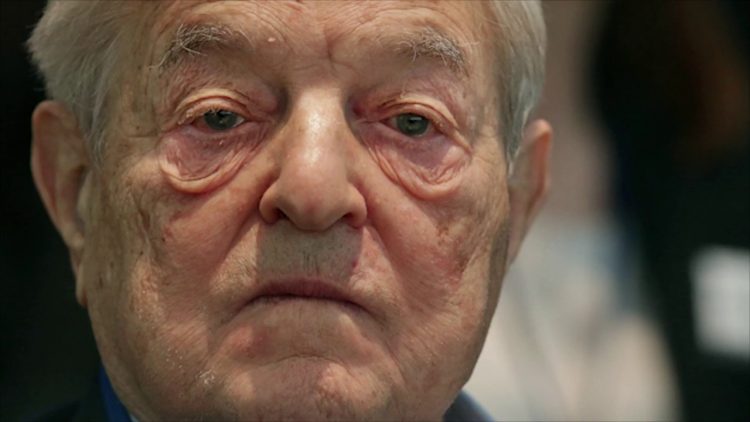 “No one can serve two masters, for either he will hate the one and love the other, or he will be devoted to the one and despise the other. You cannot serve God and money.” -Jesus, the Christ (Matthew 6:24)

I am often baffled, knowing the criminal history of George Soros, as to why the current Congress and our president have not labeled billionaire George Soros as a designated terrorist, considering that in the congressional record, he is noted as saying concerning the attacks on various country’s economy, “I am basically there to–to make money. I cannot and do not look at the social consequences of–of what I do.”

Those are the words of George Soros, commenting on being blamed for the financial collapse of Thailand, Malaysia, Indonesia, Japan and Russia.

Those words were entered into the congressional record on September 29, 2006.

They were entered by Representative Mark E Souder from Indiana, who served his people from 1995 to 2010.

Why is this important?

Though the media would have you believe he is a philanthropist, nothing could be further from the truth.

According to Webster’s 1828 Dictionary

, the term philanthropist is defined:

PHILAN’THROPIST, noun A person of general benevolence; one who loves or wishes well to his fellow men, and who exerts himself in doing them good.

If this were not enough, The congressional record reflects the following:

“He can move world financial markets simply by voicing an
opinion or destabilize a government by buying and selling its
currency . . . [W]hen he saw cracks in the Asia boom, he
began selling the currency in Thailand. Traders in Hong Kong
followed suit, triggering a financial crisis that plunged
much of Asia into a depression. (“George Soros,” 60 Minutes
interview transcript, December 20, 1998)

“I don’t feel guilty. Because I’m engaged in an amoral
activity which is not meant to have anything to do with
guilt.” George Soros, commenting on his actions in the
currency markets. (“George Soros,” 60 Minutes interview
transcript, December 20, 1998)

Soros Convicted of Insider-Trading, Ordered to Pay $2.8
million. “George Soros’s bid to overturn an insider-trading
conviction has been rejected by France’s highest appeals
court, ending the billionaire’s fight to erase a legal stain
on his 40-year investing career. The Court of Cassation, the
tribunal of last resort in France, ended its review of a
March 2005 judgment that Soros broke insider-trading laws
when he bought Societe Generale SA shares in 1988 with the
knowledge that the bank might be a takeover target. Soros had
been ordered to pay back 2.2 million euros ($2.8 million) in
gains.” (Gabriele Parussini, “Soros Insider-Trading
Conviction Upheld by Paris Appeals Court,” Bloomberg, June
14, 2006)

Soros: “No Sense of Guilt” for Confiscating Property from
Jews in Nazi-occupied Budapest. “But there was no sense that
I shouldn’t be there, because that was–well, actually, in a
funny way, it’s just like in markets–that if I weren’t
there–of course, I wasn’t doing it, but somebody else would
. . . be taking it away anyhow . . . whether I was there or
not, I was only a spectator, the property was being taken
away. So the–I had no role in taking away that property. So
I had no sense of guilt.” (“George Soros,” 60 Minutes
interview transcript, December 20, 1998)

Extended quotation from the 60 Minutes transcript follows:
“When the Nazis occupied Budapest in 1944, George Soros’
father was a successful lawyer. He lived on an island in the
Danube and liked to commute to work in a rowboat. But knowing
there were problems ahead for the Jews, he decided to split
his family up. He bought them forged papers and he bribed a
government official to take 14-year-old George Soros in and
swear that he was his Christian godson. But survival carried
a heavy price tag. While hundreds of thousands of Hungarian
Jews were being shipped off to the death camps, George Soros
accompanied his phony godfather on his appointed rounds,
confiscating property from the Jews.
(Vintage footage of Jews walking in line; man dragging
little boy in line)

KROFT: (Voiceover) These are pictures from 1944 of what
happened to George Soros’ friends and neighbors.
(Vintage footage of women and men with bags over their
shoulders walking; crowd by a train)

KROFT: (Voiceover) . . . by–by posing as a Christian.
Mr. SOROS: (Voiceover) Right.
(Vintage footage of women helping each other get on train;
train door closing with people in boxcar)

KROFT: (Voiceover) And you watched lots of people get
shipped off to the death camps.

Mr. SOROS: Right. I was 14 years old. And I would say that
that’s when my character was made.
KROFT: In what way?

Mr. SOROS: That one should think ahead. One should
understand and–and anticipate events and when–when one is
threatened. It was a tremendous threat of evil. I mean, it
was a–a very personal experience of evil.

KROFT: My understanding is that you went out with this
protector of yours who swore that you were his adopted
godson.

KROFT: Went out, in fact, and helped in the confiscation of
property from the Jews.

KROFT: I mean, that’s–that sounds like an experience that
would send lots of people to the psychiatric couch for many,
many years. Was it difficult?

Mr. SOROS: Not–not at all. Not at all. Maybe as a child
you don’t–you don’t see the connection. But it was–it
created no–no problem at all.

KROFT: No feeling of guilt?

KROFT: For example that, “I’m Jewish and here I am,
watching these people go. I could just as easily be there. I
should be there.” None of that?

Mr. SOROS: Well, of course I c–I could be on the other
side or I could be the one from whom the thing is being taken
away. But there was no sense that I shouldn’t be there,
because that was–well, actually, in a funny way, it’s just
like in markets–that if I weren’t there–of course, I wasn’t
doing it, but somebody else would–would–would be taking it
away anyhow. And it was the–whether I was there or not, I
was only a spectator, the property was being taken away. So
the–I had no role in taking away that property. So I had
no sense of guilt.” (“George Soros,” 60 Minutes
interview transcript, December 20, 1998).

For “journalists” such as Melissa from Newsguard who purposefully misrepresented Soros, as well as TheWashingtonStandard.com, whom her organization gave a red badge and basically labeled as “fake news,” none of this will matter. Even after she was corrected for her errors, she went back and still tried to substantiate her story, even though she left out relevant information.

In fact, it’s interesting that Newsguard has its own ties to Soros!

In other words, NewsGuard is a deceiptful network of propagandists, not journalists… and there are significant ties to George Soros.

At least one European representative, Hungarian Prime Minister Viktor Orban has stood fast against Soros and his agenda.

Of course, Soros is just as invested in attempting to overthrow the US economy for the gain of a few bits of Monopoly money printed by the Federal Reserve too.

However, the one question that needs to be asked is, why has the US not designated him a terrorist and why has it not sought his prosecution and justice?

Could it be that there are ties between Soros and the Trump administration? I think it very well might be the reason.

There’s lots more to those ties too.

However, it does make one wonder if the Trump administration actually has any more resolved to bringing Soros to just ice as any of the others they have said are guilty, such as Hillary Clinton.