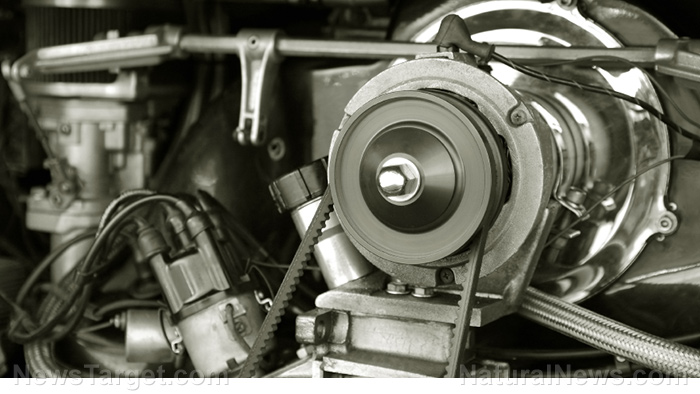 (Natural News) Aaron Salter Jr., a security guard at the Tops Friendly Markets store in Buffalo who was killed in the recent mass shooting, had reportedly just patented a new type of vehicle engine that runs on water instead of gasoline.

Describing his invention as a “newly discovered energy source,” Salter, just prior to his death, had been working on and speaking publicly about environmentally sustainable vehicles that have the potential to replace existing ones that rely on either internal combustion (gas) or battery-powered (electric) engines.

Salter’s LinkedIn profile reveals that one of his main passions in life was coming up with a free energy transportation solution. In a YouTube video, he demonstrated how his 2010 Ford F-150 truck operated using an AWS Hydrogen Fuel System, which is based on water.

“So we’re going to do four experiments today for the patent examiners,” Salter, an ex-cop, said in the video while proudly displaying his Police Benevolent Association shirt.

“What my system has done is take advantage of the residue that’s produced by electrolysis,” he further explained. “So we’re going to actually start this vehicle without electrolysis … I’m a jack of all trades and a master of none.”

Salter’s video is still available for viewing on YouTube below:

Was Aaron Salter Jr. targeted by the deep state for coming up with a free energy solution to gas- and electric-powered vehicles?

Back in 2016, Salter uploaded a post to Facebook explaining his position at AWS Hydrogen Technologies, LLC. It modestly read that Salter was excited to have started this company, believing that it is fully possible to power vehicles with water.

“… I believe I can change the way we power [our] cars, boats, generators, and it comes from water,” he wrote, calling the technology “rehydrated hydrogen.”

“And we can get one step closer to helping [our] planet rid itself of these dangerous hydrocarbons that are damaging [our] Ozone and causing global warming to [our] planet.”

In other words, not only is the technology clean, running on abundant and virtually free water, but it also helps to clean the air of pollutants that already exist. Talk about a win, win situation.

It is because of this technological discovery that some believe Salter’s untimely death to be suspicious. Was he targeted by the industries that stand to lose, should Salter’s invention have gone mainstream? (Related: The FBI often stages terror attacks, so this hypothesis is not that far-fetched.)

It turns out that Salter is hardly the first person to mysteriously die not long after discovering and unveiling a new system that runs on water rather than fossil fuels or electricity.

Stanley Meyer had also come up with a water-powered motor technology right before he suddenly and strangely died while dining at a Denny’s restaurant with two Belgian investors.

“Meyer started choking during the meal, ran outside and claimed he had been poisoned just before he died,” reports Baxter Dmitry for Newspunch.

You can watch a video below of Meyer explaining his technology:

Some now believe that Salter’s biggest mistake was filing for a patent on his technology. It was not long after this occurred that he turned up dead in a mass shooting.

“If you figure out a way to beat the oil companies, you have to open source it to the world and never apply for a patent,” says ImpairedDifinity. “Because they will crush you and bury your patent somehow.”

In the comment section at Newspunch, someone added that he recalls a story where they murdered hundreds on a ship called the Titanic “in order to kill three men who were in the way of creating the Federal Reserve.”

More related news about FBI false flag attacks can be found at FalseFlag.news.