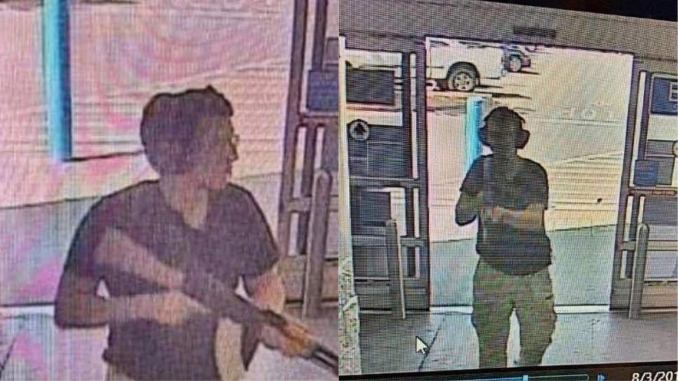 In Defense Of Our Nation

I have written several articles alluding to the ongoing gun control agenda, and the attempts to shift attention from Islamic terrorism to alleged white supremacy and right-wing nationalism. I have cited reports alluding to the fact that gun owners concerned of second amendment infringements, people concerned about illegal immigration and others of a so-called right-wing affiliation, even veterans, should be considered threats to national security. I have written several articles on the developing red-flag law narrative, which will certainly be strengthened and built upon after this weekend’s events. Finally, I have written many posts on the ongoing psychological warfare being waged against the mind of the average American. There is an attempt to over saturate our culture with chaos so that the typical person knows not where to stand or what is going on. I describe this in great detail in my book Psychopolitics in America: A Nation Under Conquest, but nothing sums it up better than the following quote.

By Psychopolitics our chief goals are effectively carried forward. To produce the maximum chaos in the culture of our enemy is our first most important step. Our fruits are grown in chaos, distrust, economic depression and scientific turmoil. At least a weary populace can seek peace only in our offered communist state. At last, only communism can solve the problems of the masses. (Brainwashing, A Synthesis on the Russian Textbook on Psychopolitics)

Many people continue to insist that communist influence in our culture is merely a hoax. Can anyone else offer a better explanation than the quote above pertaining to what is going on in our nation?

The shooter in El Paso allegedly left behind his manifesto which is being equated to white supremacism, of course. It is generating a great deal of suspicion because many people do not feel a twenty-one-year-old millennial would have been able to write that. This manifesto lists all the major issues the country is now facing in the way of illegal immigration, corruption in government and even the coming automation that could potentially displace millions of workers. Things that all of us are concerned about. In other words, everything that could theoretically have the shooter labeled as a conspiracy theorist. Just in time incidentally, to coincide with the latest report from the FBI that suggests conspiracy theorists should be considered threats to national security. This report suggests that those believing in conspiracy theories revolving around Trump that are driven by “Q” and those who believe in Pizza gate, could be motivated to commit acts of violence before the 2020 election cycle. Never mind Antifa or their calls for violence against border agents, that isn’t what we are discussing. This is about those violent right-wing white supremacists. The report by the FBI also suggests that acts of violence could be motivated by actual conspiracies and covered ups perpetrated by government officials.

The FBI said another factor driving the intensity of this threat is “the uncovering of real conspiracies or cover-ups involving illegal, harmful, or unconstitutional activities by government officials or leading political figures.” The FBI does not specify which political leaders or which cover-ups it was referring to.

This is the same FBI that removed all references to Islamic terrorism from their training manuals. In other words, new recruits are learning that you’re a terrorist if you believe in conspiracy theories about actual government conspiracies and cover-ups, but not if you’re an admitted jihadist or Antifa member threatening to kill border agents? Well, that makes perfect sense, and this weekend’s shooting provides all the evidence they need to reinforce these theories. I wonder if those believing that Democrats are pandering to Hispanic voters after they spent the whole debate pandering to Hispanic voters will now be considered a potential threat to themselves or others and red-flagged in the middle of the night? I wonder if one of the actual government conspiracies the FBI referred to is Operation Northwoods? You know, the one where they planned to implicate Cuba in a bunch of bombings and shootings across the nation to justify an invasion? What if someone believes that the Twin Towers were brought down by controlled demolition? Finally, what if you believe there were four shooters dressed in black at El Paso?

Below is a list of the articles I have written that layout this agenda from a more serious tone. Perhaps you have read them, if not here they are for your reading pleasure.

The Right to Life and the Second Amendment

A Plea for Reason and the Fallacy of Red Flag Laws

Without a Second Amendment

The Coming Red Flag Laws and the Changing Perception of Terror