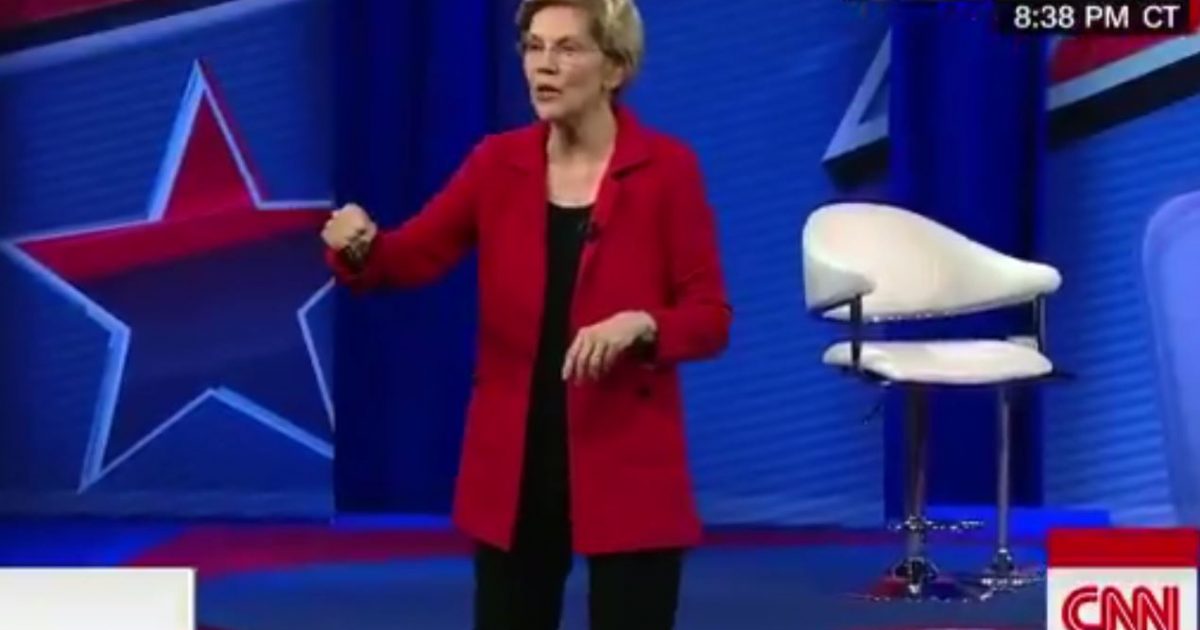 The Democrats’ assault on the Constitution continued Monday night as 2020 White House hopeful Elizabeth Warren called for an end end to the Electoral College during a CNN town hall in Jackson, Mississippi.

“Well, my view is that every vote matters,” she added. “And the way we can make that happen is that we can have national voting and that means get rid of the Electoral College and every vote counts.”

And she wants it all done with an amendment to the Constitution.

Here’s video of her statement, as posted to Twitter:

Every vote should count—and the way we can make that happen is getting rid of the Electoral College. pic.twitter.com/pyGOkvhLzC

In short, warren wants to make sure that liberal enclaves like New York and Los Angeles select every future president.

This would mean that Los Angeles and New York as well as majorly populated cities would control the elections. The College exists to prevent mob rule.

Of course, this is what the radical left wants.

Some observed that Democrats like Warren sure to abolish an awful lot these days:

This is the modern Democrat Party, which has become a clear and present danger to the United States…