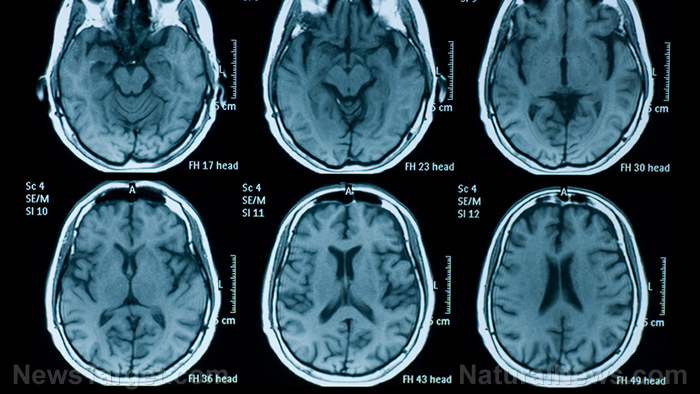 (Natural News) Get ready for the depopulation kill shots that cause severe neurological damage and lobotomize anyone stupid enough to take them. Even mainstream media outlet CNBC.com is now reporting that vaccine trials conducted by Moderna and Pfizer are producing extreme side effects in trial subjects.

“High fever, body aches, headaches and exhaustion are some of the symptoms participants in Moderna and Pfizer’s coronavirus vaccine trials say they felt after receiving the shots,” reports CNBC:

High fever, body aches, bad headaches and exhaustion are just some of the symptoms five participants in two of the leading coronavirus vaccine trials say they felt after receiving the shots.

CNBC goes on to explain that the study participants then claimed all the pain, “was worth it.” Worth it for what? For a pandemic that’s already over for people under the age of 70?

These are all symptoms of neurological damage occurring in real time

Here’s a more detailed description of the side effects reported by a pro-science, pro-vaccine trial participant:

After getting the first shot on Aug. 18, he said he felt a little under the weather for several days with a low-grade fever. He got his second shot at a clinic on Sept. 15. Eight hours later, he said he was bed bound with a fever of over 101, shakes, chills, a pounding headache and shortness of breath. He said the pain in his arm, where he received the shot, felt like a “goose egg on my shoulder.” He hardly slept that night, recording that his temperature was higher than 100 degrees for five hours.

After 12 hours, Hutchison said he felt back to normal and his energy levels returned. Having signed a lengthy consent form, Hutchison was aware that he might experience symptoms. But he was still struck by the severity and duration, tweeting on Sept. 16 that he experienced “full on Covid-like symptoms.”

Does this sound like a “safe” vaccine to administer to hundreds of millions of people? Full-on Covid-like symptoms?

What CNBC isn’t saying, of course, is that all these symptoms — extreme exhaustion, long duration headaches and violent shaking — are signs of neurological damage happening in real time.

These are obvious signs that a kind of vaccine lobotomy is taking place, causing permanent, long-term neurological damage to the trial participants (who may already be brain damaged to begin with, as they volunteered for these medical experiments).

Fascinatingly, CNBC also explains that some people are dumb enough to raise their hands and actually volunteer to be used as human guinea pigs for these insane medical experiments:

Hutchison, a 44-year-old computational biologist in Utah, said he signed up for Moderna’s phase three trial because he’s healthy, physically fit and a big believer in vaccines. He specifically wanted to support Moderna’s effort, as he was intrigued by the company’s RNA-based approach.

CNBC says Luke Hutchison, “signed up to a coronavirus vaccine trial because he’s ‘pro science.’” It’s almost hilarious, if it weren’t so tragic. Little does he know that the vaccine cares nothing about science but everything about profits, which means rushing dangerous vaccines to market through the use of human medical experimentation that will no doubt kill some people along the way.

I doubt Hutchison will be feeling good about all this with his nervous system starts to disintegrate. But to each his own… People who think vaccines are rooted in “science” are in for a very rude awakening.

It’s also clear that these trial participants are now being used as public relations puppets for the vaccine industry, and that’s a whole new, dangerous medical propaganda agenda that we haven’t seen before. When the trial participants enter the trials with a “pro-vaccine” cheerleading bias, they are likely to downplay the severity of the side effects they experience, and this causes the vaccine manufacturer to improperly assess the real adverse events associated with the vaccine.

In effect, the “pro-science” human guinea pigs rig the trials by covering up for the vaccine side effects, allowing the vaccine manufacturers to achieve FDA approval for dangerous, toxic vaccines that may go on to injure or kill far more people than the pandemic itself.

After all, somebody has to be among the first pioneers to take the kill shots. Why not let people self-select for that and win the Darwin award for pro-science stupidity?