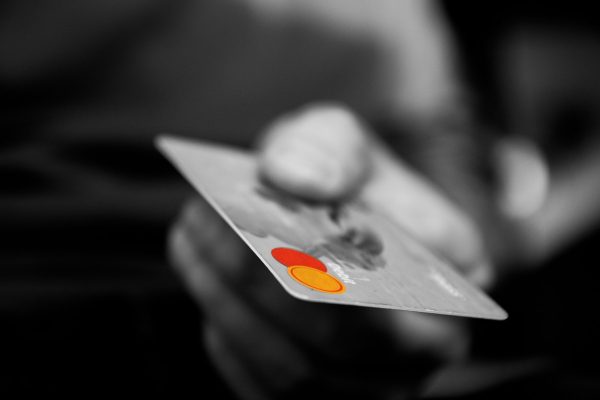 When people are having a harder time paying their bills, that is a signal that the economy is slowing down. This is something that we witnessed back in 2008, and it is something that is happening once again right now. Credit card charge-offs at major U.S. banks haven’t been this high since the U.S. economy was pulling out of the last recession, and the same thing is true regarding credit card delinquencies. So even though the mainstream media keeps telling us over and over that the U.S. economy is “booming”, the cold, hard numbers are telling us something completely different. This is a point that I made yesterday in my article about how homelessness is absolutely exploding in New York City, and it is a point I will undoubtedly have to make many more times as long as the mainstream media feeds us this fictional narrative about a “booming economy”. Look, the truth is that you can’t say that we have a booming economy until we have a year when the U.S. economy grows by at least 3 percent, and at this point we haven’t had that since the middle of the Bush administration.

And now there are all sorts of indications that the U.S. economy is really starting to slow down again. One of those indications is the fact that the level of credit card charge-offs has risen to the highest level since 2012…

Red flags are flying in the credit-card industry after a key gauge of bad debt jumped to the highest level in almost seven years.

The charge-off rate — the percentage of loans companies have decided they’ll never collect — rose to 3.82% in the first three months of 2019, the highest since the second quarter of 2012, according to data compiled by Bloomberg Intelligence. And loans 30 days past due, a harbinger of future write-offs, increased at all seven of the largest U.S. card issuers.

When something is the worst that it has been in nearly 7 years, that is definitely a red flag.

At the 4 biggest U.S. banks, credit card charge-offs now account for a whopping 80 percent of all consumer credit costs…

The four largest U.S. banks had almost $4 billion in charge-offs from credit cards last quarter, and just $656 million from all other consumer lending. That’s the biggest gap since at least 2009. Card charge-offs now make up more than 80 percent of total consumer credit costs, up from 67 percent three years ago.

And a lot more charge-offs are coming down the pipeline, because credit card delinquencies are now the highest that they have been in almost 8 years…

Not since the early part of this decade have so many U.S. consumers fallen behind on their credit cards and on auto loans arranged through car dealers, according to new bank industry data.

In the fourth quarter of last year, 3.22% of bank-issued credit card loans were at least 30 days late, which was higher than at any point since 2011, the data from the American Bankers Association showed.

U.S. consumers are being stretched financially to a degree that we haven’t seen since the last recession, and all the numbers indicate that this trend is only going to accelerate in the months ahead.

But of course bank executives are trying to spin things differently. Just consider the following comments from Capital One CEO Richard Fairbank…

There’s been a “degradation” in credit quality for certain customers, according to Richard Fairbank, chief executive officer at Capital One Financial Corp., the country’s third-largest card issuer. Fairbank said some customers with negative credit events during the financial crisis are now seeing those problems disappear from their credit-bureau reports.

“We may be looking at data that might not paint the full picture of a consumer’s credit history,” Fairbank said Thursday on a conference call with analysts.

So according to Fairbank, the problem is not the economy.

No, it is those darn pesky credit reports that aren’t giving his firm enough credit information.

But the way that these credit card issuers are behaving actually indicates that they do believe that an economic storm is coming.

The Federal Reserve Bank of New York reported in Decemberthat an increasing number of consumers were rejected when they applied for credit cards in 2018. The researchers said rejection rates were also up on applications to refinance mortgages. At the same time, credit card delinquencies were also rising.

It now appears that credit card companies saw the troubling trend by mid-2018 and were taking steps to limit their losses. The New York Fed report showed a sharp rise in the number of people who said a lender unilaterally closed one of their credit accounts — in most cases, a credit card or a store charge card.

Following articles such as this, I often have readers ask me how they can get prepared for what is ahead.

As far as credit card debt is concerned, I always encourage people to pay off their balances as quickly as they can. Credit card debt usually has a much higher rate of interest than other forms of debt, and when paying off debts it is usually a good idea to get rid of higher interest loans first.

Beyond that, now is not a time to be taking on new debts. During tough times, being “lean and mean” financially is an advantage, and credit card debt is a particularly insidious form of debt.

I know that things are tough out there right now for a lot of people. I often hear from people all over the country that are deeply struggling.

Living within your means can be really hard, but times are going to get a lot tougher, and those that can make due with what they have will be in a much better position to weather the coming storm.