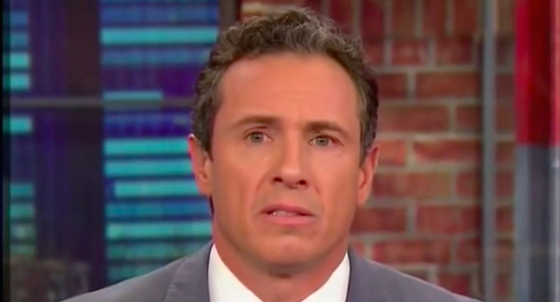 CNN’s Chris Cuomo attempted to prove President Donald Trump wrong about whether a non-speakerphone call could be overheard by a bystander. He did this by calling his mother, live on air. Cuomo called up his mom to disprove Trump’s claim that “he’s never been able to hear a phone call when it wasn’t on speakerphone from anybody.” Cuomo then asked his mom to say hello to his co-host, Dana Bash. If Cuomo was right, and Trump was wrong, Bash should have been able to hear Mom’s voice. It didn’t quite go that way.

Chris Cuomo calls his mom to prove you can hear someone talking on the phone without speakerphone and it was… something.

"Can you just say hello? Mom? She probably can't hear me. Mom, can you hear me? Mom? Say hello to Dana Bash." pic.twitter.com/KImamgOCxf

Nothing is more satisfying than these propaganda peddling nut jobs proving themselves wrong. The manipulative stunt fell flat, leaving Bash expectantly staring at the phone. Cuomo quickly pressed speakerphone, allowing everyone in the room to hear his mother’s voice briefly, then switched it off and again asked her to talk. After a few awkward seconds of silence, he nevertheless declared victory even as a co-host protested he’d heard nothing.

Cuomo has been mocked on Twitter since, with some using his much-hated nickname “Freddo.”

OMG – this is rich. I guess Fredo didn’t take notes during the OJ trial.

“Can you just say hello? Mom? She probably can’t hear me. Mom, can you hear me? Mom? Say hello to Dana Bash.”https://t.co/KHHUEpjcSo

Cuomo’s stunt was a response to Trump’s insistence that Holmes could not possibly have overheard Trump’s side of the conversation in which Trump supposedly asked Sondland whether Ukrainian President Volodymyr Zelensky would “do the investigations” and Sondland replied that the leader would “do anything you ask him to.” By “the investigations,” Trump was presumably referring to the corruption probe of natural gas company Burisma that allegedly formed part of a quid pro quo between Trump and Zelensky, along with an inquiry into Ukrainian meddling in the 2016 election.

Holmes called his eavesdropping “an extremely distinctive experience in my Foreign Service career,” shocked that “a conversation of this level of candor, colorful language” could unfold between the president and a diplomat while he, Holmes, was seated at dinner with him. –RT

Trump called the aide out on Twitter, noting that while he’d “been watching people making phone calls my entire life…never have I been watching a person making a call, which was not on speakerphone, and been able to hear or understand a conversation” – even when straining to listen.