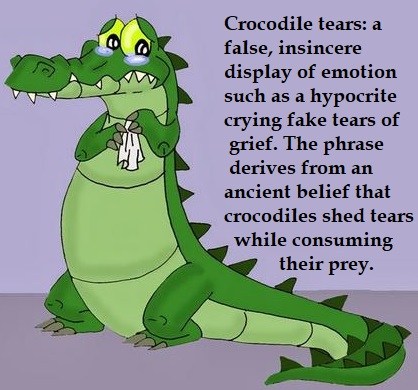 The Left really are a breed apart in their hypocrisy and malevolence.

First, they promote mass “immigration” of Muslims and other Third Worlders into Europe and America.

Then, when the predictable social problems ensue, they wring their hands in distraught and cry crocodile tears.

Recall that George Soros, whose foundations actively facilitate migrants and “refugees”, wept crocodile tears over Europe being on the verge of collapse. Then we have European Jewish intellectuals, who had pushed for Muslim immigration into Europe, now urging Jews to leave Europe.

Now, two of the biggest promoters of mass immigration are making tsk-tsk noises about Europe being “crushed” and “roiling” from “migration”.

In an interview with The Guardian, Hillary lectured to European leaders that they must “get a handle on migration” that is “roiling the body politics” because migration “is what lit the flame” of “the bread and circuses” of right wing populism that poses “a serious threat to our freedom and our democratic institutions.”

She said back-handedly that although “I admire the very generous and compassionate approaches that were taken particularly by leaders like Angela Merkel, but I think it is fair to say Europe has done its part, and must send a very clear message – ‘we are not going to be able to continue provide refuge and support’ – because if we don’t deal with the migration issue it will continue to roil the body politic.”

John Kerry, who took over from Hillary as Obama’s secretary of state, also lamented to The Guardian: “Look at Europe! Europe’s already crushed under this transformation that’s taken place because of immigration.”

Kerry also wrung his hands about Donald Trump dismantling the Paris climate agreement and about the gross inequality in America where “Fifty-one per cent of the income of America going to 1% of Americans.”

But, as The Guardian points out, Kerry and his second wife, Teresa Heinz, themselves are exalted members of the top 1%: