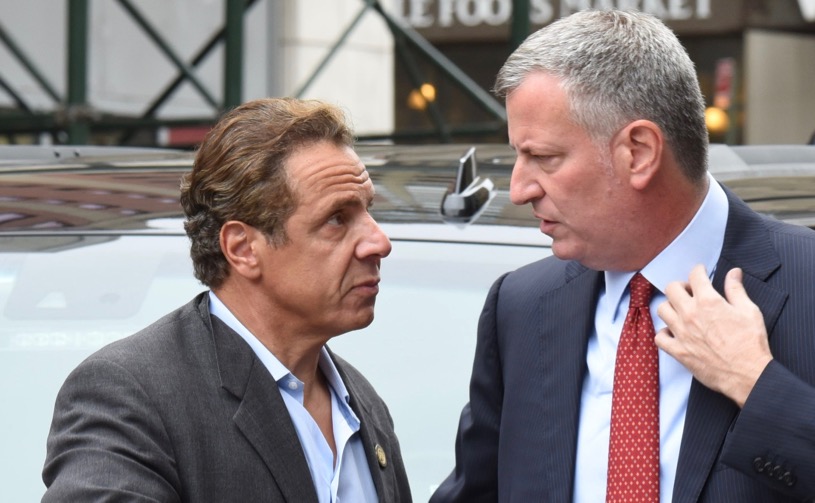 Opinion| Democratic Mayor of New York City Bill de Blasio blamed his staff on Friday after he missed a memorial event intended to honor the victims of the horrific 9/11 terror attacks.

The Hill reports, “A spokesperson for the 2020 presidential candidate told the New York Post in a statement that the mayor missed the solemn ceremony because none of his staffers told him about it.”

“The Mayor’s team believed they could not make the event work with his schedule and declined without conferring with him,” de Blasio spokeswoman, Freddi Goldstein, explained in her statement about the matter. “Had known about the invitation, he would have attended.”

The outlet previously noted that de Blasio was seen getting coffee in Brooklyn and working out in Park Slope on Thursday morning.

The 9/11 Memorial Glade, designed by Michael Arad and Peter Walker, honors the thousands of 9/11 rescue and recovery workers who got sick or died of exposure to toxins in the aftermath of the terrorist attacks.

New York Gov. Andrew Cuomo (D) was also not in attendance at the Thursday ceremony but told the outlet that the state provided funding.

Earlier in May, de Blasio threw his name into the mass of Democratic contenders hoping to run in the 2020 presidential election.

According to the Hill, “The New York mayor barely shows up in most polls and faces opposition in his home city to his presidential run. A survey from Quinnipiac University Poll released last month showed 76 percent of respondents living in the city think he should not run for president.”

Gov. Cuomo also was a no-show at the solemn event attended by family members of those who have died from 9/11-related illnesses.

Cuomo said on Friday that he could not attend the ceremony, while pointing out that Albany provided funding for the Glade.

“I regret that I couldn’t attend,” Cuomo said at an event in Manhattan. “You know, we supported that memorial, I think we gave them $500,000, is that right?”

Maureen Fritz, who attended the event in honor of her brother, firefighter William Gormley, thought the politicians should have made it their business to attend.

“They should have been here and it’s unacceptable that they’re not,” said Fritz. “They ought to be ashamed of themselves . . . They should not be re-elected at all because that’s not how you treat your citizens, your first responders.”

Kate Monaghan Connolly, spokeswoman for the 9/11 Memorial & Museum, said both de Blasio and Cuomo were invited.

Another 9/11 Memorial & Museum spokeswoman, Olivia Egger, said that the governor was expected to attend but canceled at the last minute, citing a scheduling conflict.

Cuomo was expected to deliver a speech at the dedication. Instead, Cuomo sent the counsel to the governor, Alphonso David, while he stayed in Albany.