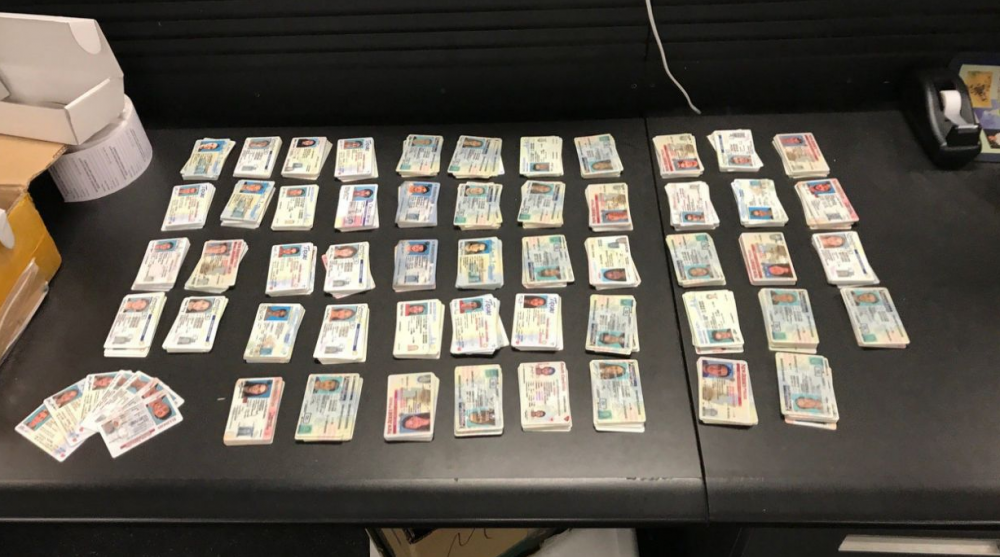 U.S. customs agents in Louisville, KY announced Wednesday they have seized illegal items worth more than $95 million since Sept. 1.

The announcement came just days after U.S. Customs and Border Protections said they had confiscated around 5,000 fake IDs.

Since Sept. 1, agents have intercepted and seized 164 shipments worth 75% more than seizures from 2018 at this time, according to a statement Wednesday from Customs and Border Protection.

If the seized items, including designer bags, jewelry, shoes and sunglasses, were real, they would be worth $95,600,000, according to CBP.

“Driven by the rise in E-commerce, the market for counterfeit goods in the United States has shifted in recent years from one in which consumers often knowingly purchased counterfeits to one in which counterfeiters try to deceive consumers into buying goods they believe are authentic,” Thomas Mahn, Louisville Port director, said in a statement.

“Often times the counterfeits are priced competitively just below a genuine product to avoid scrutiny by the consumer. The consumers are unaware that they’re buying a dangerous product as the Counterfeit is just that good,” Mahn said.

CBP officials said in a statement that counterfeiting sales can be traced to organized crime, drug trafficking and terrorist organizations.

“These counterfeits are often compromised of toxic substances such as lead, methanol, antifreeze, urine, arsenic, mercury and cancer causing substances,” according to Mahn.

According to a statement from CBP, six shipments originating in China and heading to New York contained 2,909 fake drivers licenses and 3,123 blank cards that are used to make counterfeit licenses from states including Florida, Michigan, Illinois, New Jersey and Ohio.

According to CBP, one of the confiscated shipments was headed to a person convicted of child rape in New York.

“Some of the major concerns as it relates to fraudulent identity documents is identity theft, worksite enforcement, critical infrastructure protection, fraud linked to immigration-related crimes,” Mahn said in a statement.