The suspect accused of running down 45 people at a Christmas parade in Waukesha, Wisconsin has allegedly been identified as Darrell Edward Brooks Jr, a 39-year-old black male with a long criminal history who was let out on bond Friday.

The NY Post’s Karol Markowicz reported Brooks is the man in custody. 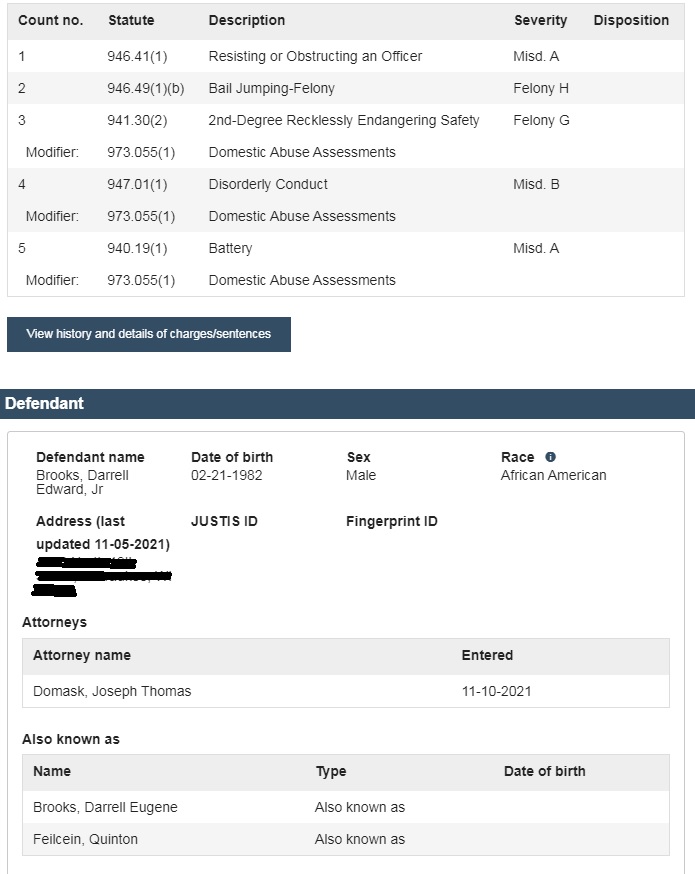 The Quartering has more:

The photos appear to line up:

Graphic video has been released showing a suspect in an SUV plowing through a dance troop taking part in a Christmas parade in Waukesha, Wisconsin on Sunday evening.

A witness who apparently didn’t realize he was on live TV told CBS 5 the driver “was a black guy with dreadlocks, by himself.”

Police are asking locals to shelter in place:

It appears the shots were all fired by police to try and stop the driver.