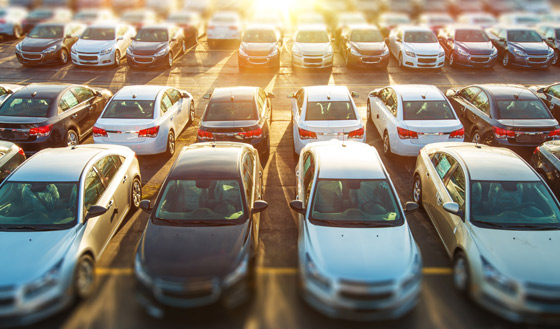 Auto dealers are attempting to deal with 4.2 million unsold cars. As the vehicles that no one wants to or cannot afford to buy stack up, the mainstream media continues to say the economy is “robust” and “booming.”

Abandoned factories, forgotten shopping malls, and undeveloped parcels of land have become parking lots full of new cars as dealers try to figure out what to do with mounting inventories of unsold vehicles, according to OKCFox, a local Oklahoma City Fox News affiliate reported. But the mainstream media keeps saying the economy is great, and even though stocks have fallen on the news of a heightened trade war, there isn’t much other real truth happening when it comes to reporting on the economy.

“The sheer amount of lies we are being told in the mainstream media is getting worse every day. Why can’t the truth ever be reported for once? It’s ok if the economy is not doing well. Let’s admit it and let’s deal with it! Why hide it only to make things worse in the future? This doesn’t serve the people. Blinding them from the truth is a disservice to them.” –David Quintieri, The Money GPS

Quintieri’s YouTube channel regularly reports on the statistics we aren’t being told about. He was on the ball when the news broke that dealers are having problems finding places to store all of the unsold cars right now. Should a downturn hit the auto industry, dealers will find themselves overstocked with inventory that no one will be able to buy.

And once again, debt is playing a big role in this problem. This will only make a financial disaster even worse. The loans dealers take out to finance their inventories could put the squeeze on new-car dealers, reported OKCFox. For around eight years, interest rates remained low, which allowed dealers to carry vast inventories with little cost. With interest rates on the continuous rise, the same dealers stuffed to the max with more cars, trucks, crossovers, and SUVs, have faced eroding profits despite some incentives from automakers themselves. Add in extra costs to store vehicles at off-site locations, and the situation becomes worse.

The auto industry experienced incredible gains during the last decade since the Great Recession. However, sales have already dropped 3.2 percent in the first quarter of this year. Per the report, 2019 will likely be the first year since 2014 that sales figures fall under 17 million new cars sold. Some plan the automakers, but the real problem is that no one is buying these cars.

Many Americans already have expensive car payments, and simply cannot afford to upgrade. CNBC reported that during the third quarter of 2018, the average new car monthly payment jumped up to $530, with the average used car loan payment at $381. According to Experian Automotive data, both figures are at record highs. The average car loan is now just under $31,000. 20% of consumers are taking out loans of $50,000 or more for a vehicle. The average vehicle loan is just under 70 months, and it’s not uncommon for people to take out six-and-a-half and seven-year loans.

It doesn’t have to be said, but now is not the time to be taking out a car loan. If you don’t have one, stick it out, if you do, consider paying it down. That’s the best advice we could give and the advice most financial gurus would give as well.