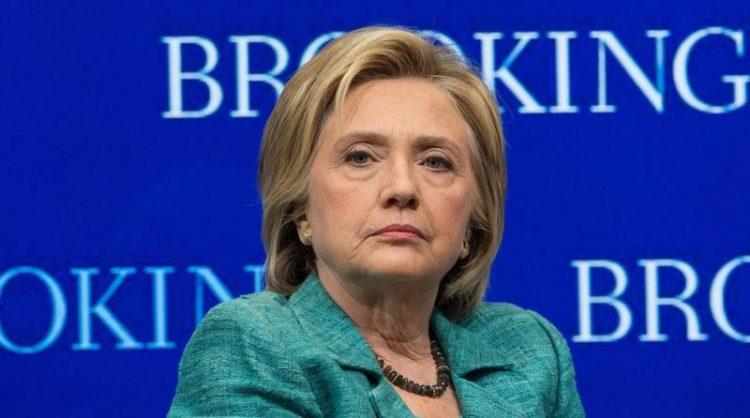 We’ve actually known this for some time, even knowing that Hillary put money into the debunked dossier and attempted to smear then-candidate Donald Trump by tying him to Russia, but no one has done anything about her crimes or those of the administration she served in, yet. Will this change things? Probably not, but it’s the latest news out of DC.

On September 7, 2016, US intelligence officials forwarded an investigative referral to former FBI officials James Comey and Peter Strzok concerning allegations that Hillary Clinton approved a plan to smear then-candidate Donald Trump by tying him to Russian President Vladimir Putin and Russian hackers, according to information given to Sen. Lindsey Graham by the Director of National Intelligence.

2) DNI info to Grahm:…by tying him to Putin and the Russians' hacking of the Democratic National Committee. The IC does not know the accuracy of this allegation or the extent to which the Russian intelligence analysis may reflect exaggeration or fabrication.”

4)…DNI info to Graham:…on July 26, 2016 of a proposal from one of her foreign policy advisors to vilify Donald Trump by stirring up a scandal claiming interference by Russian security services.’”

6) DNI info to Graham:…concerning U.S. Presidential candidate Donald Trump and Russian hackers hampering U.S. elections as a means of distracting the public from her use of a private mail server.’”

Read the letter from DNI Director John Ratcliffe to Lindsey Graham below:

In 2017, it was claimed that the “blame Russia” plan was hatched “within twenty-four hours” of Clinton losing the election – while the US intelligence investigation predates that by several months.

So, there you have it. All these criminals and then some should have been dealt with years ago. Even though this information is out in the public now, I’m still not hearing about arrests being made or indictments yet. You know good and well that if this were you and me, we would already be down at the local jail awaiting pick up by federal agents. Watch the blame game go on to see who scores the most political points and gets the best name calling in for votes, but I’m not holding my breath to see any justice in the matter.