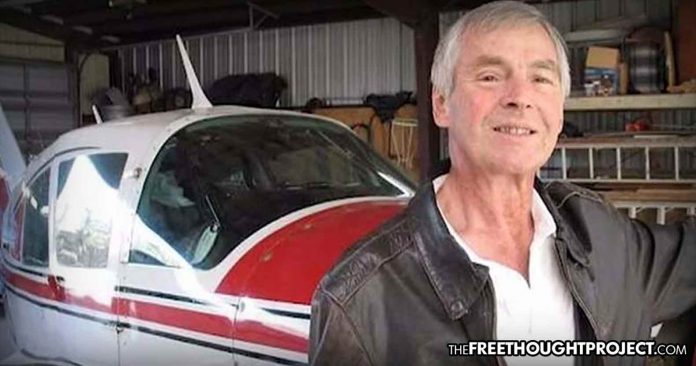 Plano, TX — Alfred Pick served his country honorably. After going on over 100 combat missions in Vietnam, Pick was given the military’s third highest honor, the Silver Star. He was also captured and did time as a POW. Now, after escaping a cage in Vietnam 40 years ago, the country he laid down his life for is throwing him back in a cage—over a decades-old gun.

At a gun show 40 years ago, Pick bought the rare M-14 rifle, similar to the one he used in Vietnam while he served in the Army. He put this rifle in a case, along with 14 other extremely rare guns and proudly displayed them in his Texas home for four decades.

“This gun was very rare at that time it was rare to see one so he instantly had a connection to it,” said Pick’s attorney Ryne Sandel. “Over the course of his life he and his wife and collected about 14 weapons, many of them were collectors items.”

As CBS DFW reports, Pick lived in Plano’s Air Park neighborhood along with other pilots who enjoy a runway right outside their homes. The 70-year-old Vietnam veteran even served as the president of his homeowners association. Thus, when the ATF raided his home last year it came as a shock to friends like Mark Shackelford.

“He’s always been a good person to me,” Shackelford said.

When federal agents raided this American Hero’s home, they were looking for and seized the rare M-14 rifle that pick bought in the early 80’s at a Fort Worth gun show.

“He was a gun collector and it was probably the piece de resistance of his collection… he had shown it to me. I’ve never seen it taken it out of the case,” said Shackelford.

Instead of simply telling Pick that his rifle was “illegal” and asking him to modify or remove the firing pin to make it inoperable, masked agents of the state—armed with automatic rifles—ransacked the recent widower’s home, kidnapped, and caged him.

Because the raid and arrest came just two weeks after his wife died of cancer, agents also found her cannabis that she used as medicine. This was tacked on as another charge.

This week, for having a rifle similar to the one he actually “defended your freedoms” with in Vietnam, Pick was sentenced to 87 months in prison by a judge. This, after he’d already spent the last year in a cage.

“He’s a really remarkable man to be honest,” said Sandel. “I do think it’s unfortunate for a gentleman like Alfred that’s had such an outstanding life to have it mired at the age of 70 by this federal felony.”

In the land of the free, you can be issued a rifle to kill people in foreign countries at the direction of American politicians. However, if you come home and purchase this same gun to display to your friends and family, you will be sentenced to die in prison. And we still have the audacity to call this “freedom.”

“The man is a Silver Star winner, he saved lives, he took care of his wife, he’s been in custody for a year, I would think that when a man turned 70 and is an American hero you don’t destroy the rest of his life for one mistake,” said Shackelford.