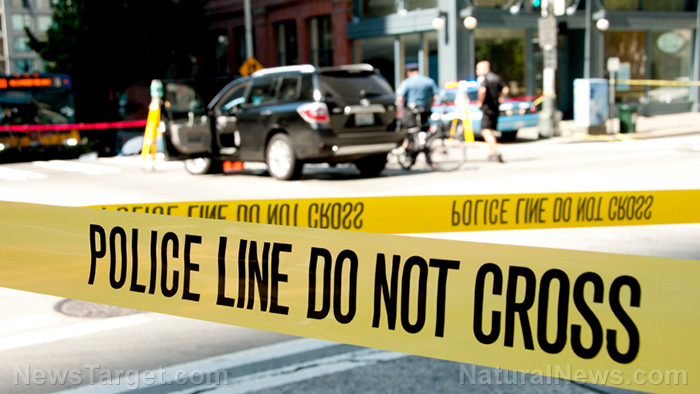 (Natural News) It’s something that comes straight out of the “Twilight Zone” (if you’re old enough to remember that series or if you’ve seen the re-runs). Or, perhaps, a more timely description would be “Bizzaro World.”

Once upon a time in America, we believed in the necessity of having functioning, well-funded, well-organized police departments in our cities to “protect and serve” our communities.

Police departments not only investigate criminal activity but they also act as our “thin blue line” keeping civil society civil while protecting against anarchy, a condition that simmers just below the surface.

In the absence of police, there is an absence of law and order and a plethora of violence and chaos — which is what is currently evolving in Minneapolis, site of the George Floyd incident in May.

Rather than simply investigate and, if necessary, punish a small group of police officers who may have acted inappropriately and caused Floyd’s death (simmer down — we don’t know that yet because there hasn’t been a trial), the Marxists running the city have bent a knee to the Black Lives Matter mob and have already voted to defund their police department with the goal of replacing cops with ‘kinder, gentler’ social workers.

But in the interim, the department has essentially been neutered and residents are paying a heavy price.

In fact, it’s gotten so bad that the department has actually sent out instructions to residents asking them to “be prepared” to be robbed and to willingly give up whatever the robber demands.

No, that’s not a misprint.

The Minneapolis Police Department (MPD) told residents they should “be prepared” to hand over their phones, wallets, and purses to robbers.

Police in the city’s Third Precinct alone have received more than 100 reports of robberies and 20 reports of carjackings in just the last month.

Officials are now telling residents to be ready and willing to comply with the demands of criminals in an email sent to Third Precinct residents.

“Be prepared to give up your cell phone and purse/wallet,” cops said in an email to residents, a copy of which was obtained by the news outlet.

The email also instructed cities to obey the criminals and “do as they say.”

In addition, the message warned “some victims have been maced, dragged, assaulted, and some threatened with a gun.”

And why not? There are entire segments of the city that are “no-police zones.” That’s not a misprint, either. (Related: Black journalist stabbed in the back at Portland protest was targeted for being conservative.)

“MPD’s cautious approach to the area around the George Floyd Memorial comes amid a sharp rise in the number of shootings citywide, including in the south Minneapolis neighborhoods around the memorial,” the Minnesota Reformer reported. “Minneapolis police recorded 162 violent crimes in the Third Precinct in June, compared with 102 for the same month last year.”

In other words, Minneapolis is quickly devolving into a third-world lawless enclave where citizens are going to be forced to take care of themselves.

“As break-ins and fires raged in the first days of mass protests over the killing of yet another black man in an encounter with police, the city seemed to descend into a security vacuum,” NPR reported way back in early June. “[Cesia Baires] says the police disappeared from this neighborhood. That’s when she and others started forming patrols to include people with licensed weapons.”

This business of ‘defunding police’ isn’t going to end well. The gang bangers, the anarchists, the thugs, the druggies, and the homicidal will come to rule the streets if they’re allowed free passage. That’s just human nature and a lot of innocent people are about to learn that lesson the hard way.