You are out in public, in the middle of the day, the safest time to avoid predators, yet here you are surrounded by thugs. They form a circle, and while one of them is distracting you, 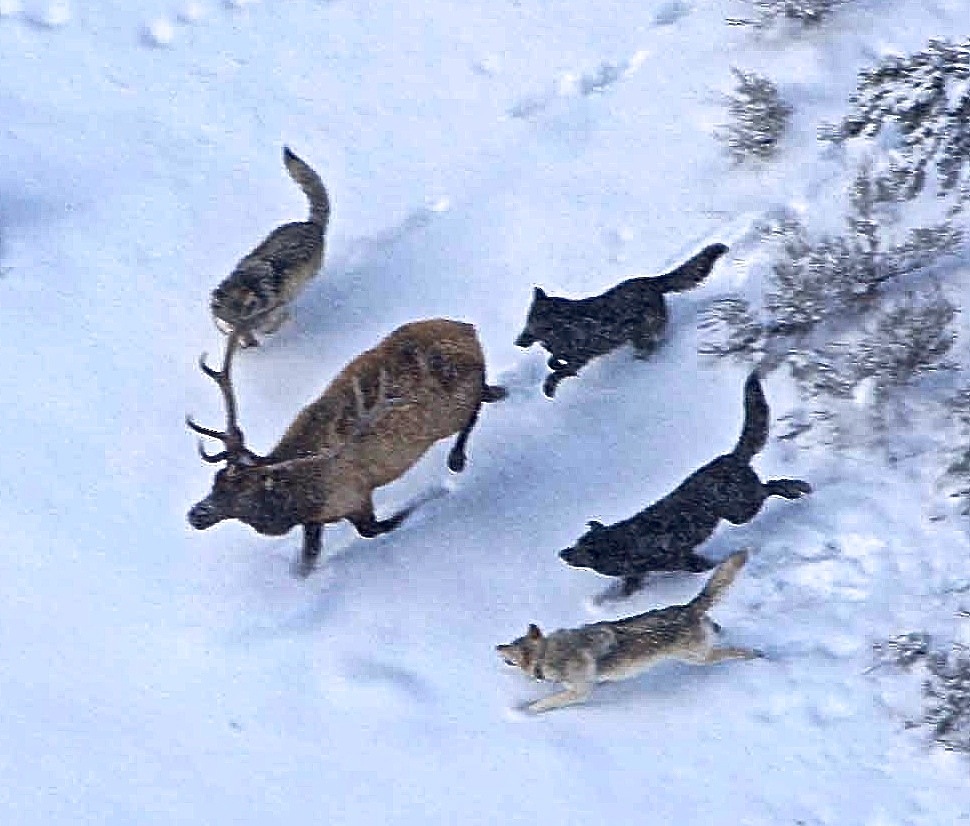 the others block you from leaving. You don’t see it coming, but suddenly you are hit from behind, hard! The head blow is enough to daze you, buckle your knees, causing you to lose your concentration and balance. The group is taunting their buddy, “Hit him again!” As you clumsily turn to face your attacker, someone else finishes you off. Your last image of the world is an oil spot on the dirty pavement where your body has landed.

Is this situation happening in Chicago, or Detroit, maybe Baltimore or East L.A.? Not necessarily. Muggings and murders, or robberies “gone bad,” often happen in the most unlikely places. We’ve read about gangs of “teens” killing and injuring people all around the country. I will probably never again approach my local shopping centers without carefully selecting where I park. Who, in flyover country, would have thought about that just a handful of years ago?

Your victim was a dumbass

I’m sure, by now, you’ve picked my scenario apart, “He should-da done this or that!” I’m glad you’re thinking about it, because you are right. There are many precautions available to us if we don’t get lazy or complacent. We may tell ourselves, “It’s just a quick dash in and out of the store—what could happen?” That’s the same attitude that leads people to leave their cars running, or their vehicle doors unlocked, or bury their concealed handgun under several layers of winter clothes.

Back to the multiple attacker scenario

If you’ve ever watched a pack of wolves take down an elk or a moose, you’ve witnessed the strategy you’re going to have to deal with. The prey (that’s you) gets surrounded, attacked from behind or the side, attacked again when it turns, then finished off when it is too injured, weak, or exhausted to defend itself. With its adrenaline pumping and heart racing, it bleeds out quickly.

You can survive this type of situation by being prepared, having a plan in advance, and doing the unexpected. Being prepared means having the resources available to defend yourself, and by “available,” I mean at hand, not stuck in a backpack or purse! If you happen to be in that surprisingly large category of CHL holders who leaves their weapon at home, or in the car—you will just have to go down swinging, unless you can break free and run to safety.

In this case, let’s assume you are armed—but with what?

Recently I had a conversation with a fellow DC writer, Darkstar. He is our resident expert on new firearms hitting the market. If you haven’t read his articles and gun reviews, you can find them here. I’m an old guy, been carrying around a five-shot wheel gun for most of my life, but Darkstar gave me something to think about. My normal retort to those who feel the need to stuff a dozen or more rounds in a magazine has been, “If I need more than five rounds, I’m in a firefight I should have avoided.” I have a number of USMC shooting trophies, and these tired old eyes can still find my target well enough to hit center mass—why do I need more than five rounds?

“Excellent question,” replied my friend. “What if you have multiple attackers; it’s happening more and more often.”

Oh crap! I haven’t been planning for that.

In my mind, it’s always been “Mano y mano,” maybe me against two—or even three. Don’t get me wrong, it isn’t that I don’t have a number of high-capacity semi-auto handguns in my safe; I’m just too damned lazy to clean them. We all know you have to practice, spend money on ammo, targets, and range fees, then bring your weapons home, disassemble and give em a good scrubbing, oiling, reassembly and back in the safe. “Whew! No wonder I love my wheel guns.

Well, consider my eyes opened! Recently I have been packing my XD 40 (9+1). That’s like a wheel gun on each hip! I’ll admit my new CC choice is quite a bit heavier, and I find myself hitching up my pants often—maybe I’ll look at shoulder holsters for this winter.

In the weeds again!

Damn it’s hard to stay on topic when you’re my age. I may have some of that attention Deficit Disorder. I saw a guy the other day wearing a shirt that said: “I have A.D.D. attention deficit…Hey, look at that chicken!” Okay, I did it again, but let’s get back on topic. Now that I’m sufficiently armed, what else should I do if I’m approached by multiple persons I believe are threatening my well being?

As I mentioned above, you must have a plan thought out in advance—at least an outline of options you will follow. A plan is worthless if you lack the will to carry it out. There are lots of questions you must answer before the situation arises, one of the most important being, when do I draw my weapon?

Well, I can’t slap leather every time someone seems to be giving me the stink eye or I encounter a group of people so, how do I know when? Drawing a weapon is one of the most serious actions you will ever take, but making the decision too late is even worse. Probably every state has “brandishing” laws that will land you in trouble unless you can establish you had reason to believe your life was in danger—so how do you do that?

Back to nature for the answer

Let’s study how animals do it. As a forest ranger and horse packer in Wyoming, I was trained in how to deal with bears. Now a bear is a very complicated animal when you’re trying to figure out what they are about to do. Sometimes they will mount a false charge to scare you off. Sometimes they will attack full-on and kill you, or they may just maul you until they believe you are no longer a threat. The one time you know you’re in trouble is when they act like they have no interest in you, circling around nonchalantly until they are close enough to make that final deadly charge—these bears have identified you as dinner and they don’t want to scare you off before they can take you down. Get the picture? Replace bears with hoodlums and you’ve got it.

Remember the old sayings: “He who hesitates is lost?” Thugs count on your reluctance to act, to give them an advantage. When to act poses a quandary, so how do you handle it when you believe your life may be in danger from multiple attackers? Before the threat is too close you have to take control of the situation. In a clear, loud voice, with one hand on your still holstered weapon and the other held up in the “halt” position, you COMMAND them to stop. Maybe you feel like you are being foolish, but better to be embarrassed than dead. The loud command may draw attention from others—hopefully, it will. If possible, begin taking steps back away from the group; by doing this you are establishing an intention to escape. Try to position yourself with your back to a vehicle or wall so you can’t be approached from behind.

Now what, if they’re still coming? Keeping both hands in place, announce again for them to stop, the magic words being “Stop where you are, I’m in fear for my life!” If everything you have done didn’t work, then draw your weapon. I realize this explanation is playing out in slow-motion on paper, but it will happen quickly in real life; that’s why you have to have your plan—the one you know you will follow—firmly embedded in your mind. It has to almost be reflexive.

In most cases, the trouble-makers will leave and the worst thing you will have to endure is some verbal abuse and maybe threats. Remember the bear, and don’t let your guard down until the threat is a safe distance away. You may, or may not, want to inform the police via phone that you were approached, and where. It could save someone else’s life.

If everything you tried didn’t work and they keep coming, you have to make the irreversible decision whether or not to use lethal force. If you decide to open fire, your first target should be whoever is closest or is brandishing a weapon. Keep your cool, and don’t spray down the whole group blindly. If you hit someone who was trying to retreat, you could face serious charges.

Learn to fire and move. If your attackers have gotten close enough to do you harm, fire and move towards your targets, using the shock value to break through the group, like a halfback follows his blockers—this is the unexpected action I was referring to earlier. The venerable Marine General, Chesty Puller, then a young NCO in Central America, developed this counter-attack technique when his patrol was ambushed. The surprise proved debilitating and deadly for the enemy, and Marines still use this technique today.

Once you no longer have your back to the wall, and you’ve broken through their ranks, turn and face your attackers, retreating to a safe area, only firing your weapon if pursued or attacked. Always keep in mind the danger of hitting innocent bystanders, especially at night.

I kept this scenario as simple as possible, fully understanding that many more threats could be presented in a real situation. Having other people with you complicates any self-defense scenario, changing your options. For more information on working with an armed spouse or significant other, read this.

Don’t be an old fool (or young one) who is so set in their ways they ignore important societal changes and threats, and fail to respond to them. I’m grateful to my young friend and fellow writer for waking me up. This old dog’s still got room in his bag for a few new tricks!

You will find the following articles interesting!

Could the UN use the Military to Enforce Climate Change Agenda?