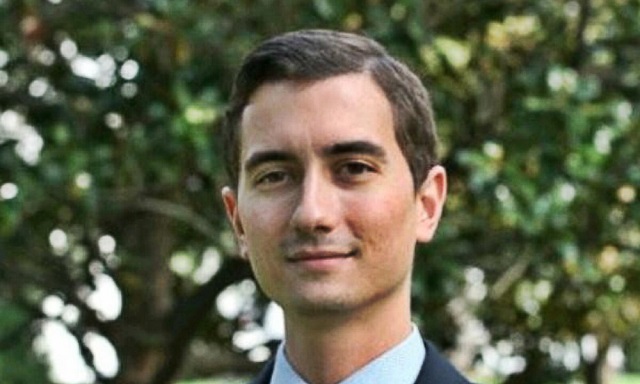 Jackson Cosko, a 27-year-old Washington, D.C., resident, was arrested Wednesday by U.S. Capitol Police when he was caught sneaking into the offices of Sen. Maggie Hassan, D-N.H., after 10 p.m. Tuesday and using an aide’s computer and log-in.

The criminal complaint against him also charges him with second-degree burglary and unlawful entry, which are both criminal offenses in D.C.

[…]The maximum prison time total for the five federal offenses is 33 years, with the Washington offenses carrying a maximum of 15 years for second-degree burglary and another six months for unlawful entry.

While it would be nice to see him receive some sort of punishment, considering how the inauguration day antifa rioters were nearly all acquitted earlier this year, I wouldn’t recommend anyone hold their breath.

Leftists are allowed to riot, carry out terrorism, bash people over the head with bike locks and so on without facing any punishment under our “liberal” justice system.