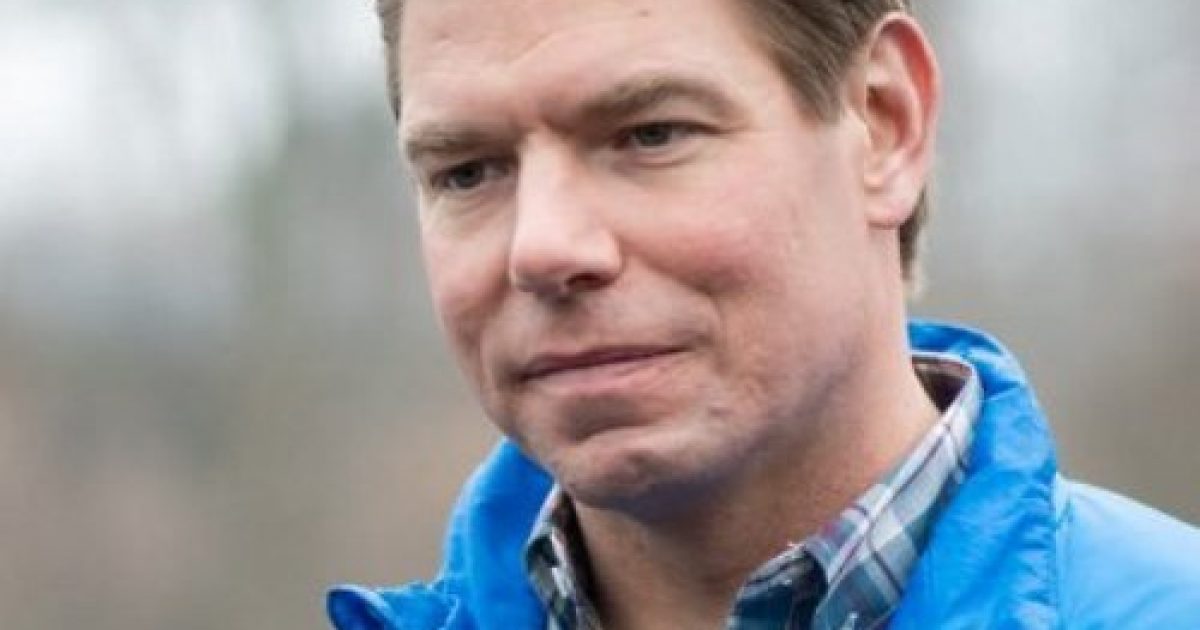 Democrat Eric Swalwell has entered the 2020 race for President. The guy who was ‘famous’ for threatening to use nukes on regular citizens that didn’t agree with him is now saying that the 2nd Amendment is not an “absolute right”.

“You know, keep your pistols, keep your long rifles, keep your shotguns. I want the most dangerous weapons, these weapons of war, out of the hands of the most dangerous people. But when it comes to what else we can do, because I don’t even suggest this is all we can do, I also want background checks. So do 73% of NRA members…
“…The Second Amendment is not an absolute right. Just like free speech, you can’t shout fire in a theater or lie about the products you are selling. You can’t own a bazooka. You can’t own a tank. You can’t own rocket propelled grenades.” Rep Eric Swalwell in a Breitbart article

Is that anything like “If you like your doctor you can keep your doctor?” He seems to imply that those weapons are already in the hands of the “most dangerous people” because the law-abiding gun owners who own them are into the millions. Removing those weapons from the good guys makes them victims of the really dangerous bad guys who can get guns any time they choose.

Swalwell’s primary issues are the gun issues. He says he is running for President to “#Endgunviolence.” He also made some incorrect statements in his remarks.

Where did that 73% of NRA members want background checks come from? Background checks are a Federal law that has been in place for years and doesn’t do squat for stopping “gun violence.” Many of the mass shooters have actually passed those background checks. They don’t purchase their weapons from private parties, which is what that “expanded background check” thing is from. He believes the “American people” are all on board with his radical idea. Not.

As we reported previously, he wants to spend $15 Billion of your hard earned dollars to do a massive “gun buyback.” And he also wants to “ban military-style weapons of war.”

“Those guns belong on our battlefields, not in our schools.” Eric Swalwell

Deceptive slogan. We have reported many times on the idiocy of Democrats who think an AR platform rifle is an “assault rifle.” They think it’s a “weapon of war.” In truth, “weapons of war” – fully automatic firearms – are already banned from civilian ownership. Swalwell seems to be deaf on that point, as are most other Democrats and liberals. It’s because their agenda is disarmament, in spite of Swalwell’s statement that he “likes to shoot.”

Another point that he continues to make is that he believes the buyback program is for 15 million guns. The estimates are that there may be around 300 million guns in America. Is he only buying back ARs? Because the Virginia Tech shooter used handguns to kill 32 people. How does any of that actually stop “gun violence?”

He also wants to go after the resisters, the ones who won’t give their guns up willingly (that’s into the millions as well, by the way). And there appears to be a growing trend of law enforcement officers who will refuse to go door to door to confiscate the weapons of ordinary citizens.