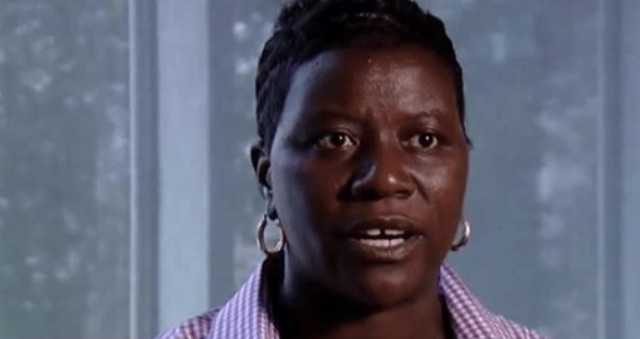 Opinion| This is exactly why we do not trust government to do … anything.

All too often we have been hearing stories about men and women, with whom we have trusted not only with our votes, but with the purse strings to millions, if not billions, or even trillions of our hard earned dollars.

The real problem is that for every story that we read like this, there are perhaps another thousand that we never hear about.

Fox News is reporting that Tamaya Dennard, a Democrat councilwoman in Cincinnati is staring down up to 50 years in prison after she was taken into custody Tuesday on corruption charges.

Fox 19, Cincinnati reported that Ms. Dennard is being charged with honest services fraud, bribery and attempted extortion. From the Fox News reports it sure sounds like ‘public service’ in Ohio is a lucrative racket.

‘In one instance, a source linked to a downtown development project, who was cooperating with the FBI, handed Dennard a cashier’s check for $10,000.

“Oh, that’s perfect,” Dennard, 40, is heard saying on a recording, according to the Cincinnati Enquirer. “Thank you. … I’m going right to the bank on this.”

“It would be awesome if this were initiated today,” she said, according to an affidavit.

After Tuesday’s hearing, Dennard was released on her own recognizance, pending further court action, but was ordered to surrender her passport, FOX 19 reported.

Federal authorities allege Dennard had requested sums of $10,000 to $15,000 for personal expenses from the source, a representative of a law firm linked to the development project along the Ohio River in downtown Cincinnati.’

The victim of the alleged shakedown then worked with the Federal Bureau of Investigations to provide communications in the form of text messages and audio recordings which allegedly feature Dennard between the dates of August – December 2019.

“Dennard engaged in a scheme to defraud the citizens of Cincinnati of her honest services as a council member,” FBI agent Nathan Holbrook wrote in a statement. “She engaged in acts and attempted acts of bribery and extortion, attempting to exchange her votes for money.”

Of course the attorney for the Councilwoman suggested that his client had done nothing wrong and was innocent on all counts.

“I don’t believe that she’s done anything unethical, or illegal, and we’ll be looking to fight that,” the attorney for Dennard told FOX 19.

Fox News went on to report that:

‘Dennard also faces other problems, according to the newspaper, such as investigations over allegedly illegally texting with other council members, allegedly failing to list debts on her financial disclosure form and reportedly facing eviction from the apartment building where she currently lives.’

She is among five council members under investigation by a special prosecutor appointed by a Hamilton County judge after the state auditor made a referral for prosecution on the charge of dereliction of duty. It is related to Dennard and the other four council members illegally texting and emailing each other about public city business.