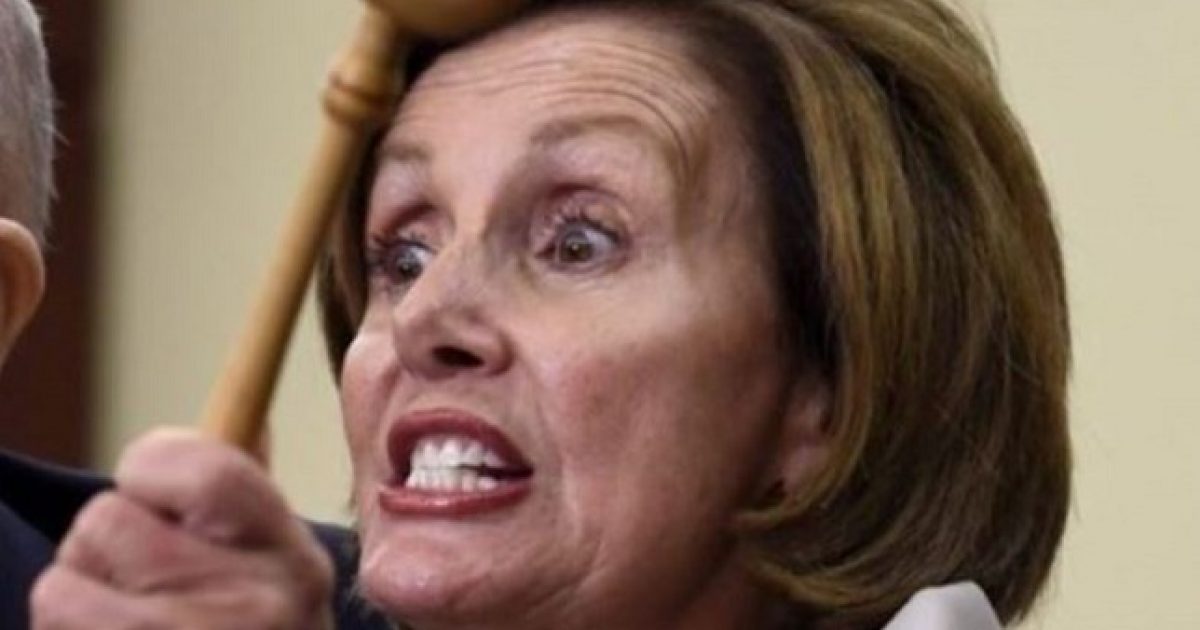 We have witnessed the contortions these scurrilous attorneys and politicians will put the Constitution through in order to defend against legal recrimination for their criminal actions.

Nancy Pelosi sat for an exclusive interview with fellow Deep State travelers from NPR where she called for a law that would “make it clear that a sitting president can, in fact be indicted.”

“That’s something cooked up by the president’s lawyers. That’s what that is. But so that people will feel ‘OK, well, if he — if he does something wrong, [he] should be able to be indicted.’”

The problem for Pelosi is the multiple false declarations the House Speaker uses to support her allegations.

According to her NPR interviewers:

The California Democrat said that while it is Justice Department protocol not to pursue any charges against an incumbent — the reason former special counsel Robert Mueller said he couldn’t charge President Trump with a crime no matter the outcome of his report — that should be changed.

Except that wasn’t the case as the special counsel made explicitly clear at the front end of his report:

It’s becoming clear that all of Washington is desperate to preserve the criminal cartel that has been stealing the wealth of Americans for many decades.

It’s a corrupt construct that President Trump now threatens. Like a caged rat, Pelosi is willing to do anything to survive the broom this president is using to sweep clean the halls of congress and the corrupted agencies and departments of government.

Pelosi lies when she says of the DOJ ruling against indictment, “That’s something cooked up by the president’s lawyers.

The DOJ ruling has been in effect for nearly half a century and with good reason.

Partisan attorneys (Lawfare), inside and out of the Justice Department, with the assistance of activist judges, could effectively neuter s president’s ability to govern by forcing him to defend against a ceaseless series of frivolous lawsuits.

Later in the interview Pelosi continued her baseless assault on the rule of law:

Again, if the president is shown to be abusive of the Constitution, as Pelosi and the media contend, then the remedy is impeachment and not a court system that has itself proven to be severely compromised by biased jurists.

Keep in mind that the president is the only person in government granted power by the entire electorate. No partisan cabal should be able to circumvent that authority without being forced to answer to that same electorate.

That is why the Framers created the rules for impeachment, something that Pelosi wants no part of because of the political ramifications.

However, Pelosi is just fine with having impeachment continue to hang in the air to serve as red meat for partisan Democrats who, after four independent investigations, refuse to acknowledge the fact that Trump may be the cleanest president ever.

Pelosi knows that had special counsel Robert Mueller ended his investigation prior to the 2018 elections, it’s likely that the Republicans would have retained control of the House.

With the help of the compliant media, Pelosi hoping she can keep alive the stench of corruption they’ve built around Donald Trump through the 2020 presidential election.

Good luck with that, Nancy.