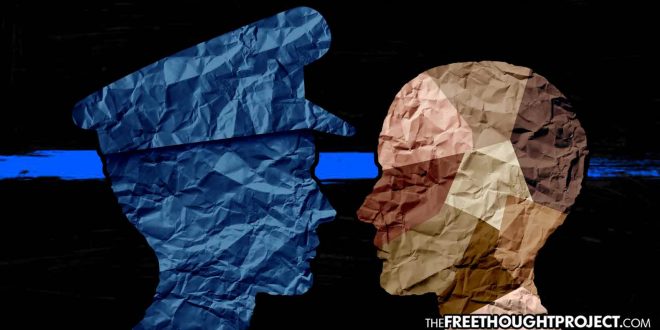 Last year marked a turning point in American policing after the death of George Floyd. Though Floyd’s death at the hands of police was hardly unique, it was not in vain, as it proved to be the iconic moment Americans were waiting for to push back against the massive police state that has been constructed around them. Multiple states and counties across the country took action to curb the problem of excessive force in the ranks of their police departments by ending qualified immunity for cops. But short of sweeping change inside the federal government, meaningful national reform remains stagnant.

After massive proposals from Congressman Justin Amash and Senator Rand Paul who wanted to end qualified immunity and no knock warrants respectively, were largely ignored by the masses — mostly due to the fact that Amash and Paul lean Right — the left came in and promised to fix things. But, once again, actual change is off the table.

It was reported this week by Politico that lawmakers behind police reform negotiations — Sen. Tim Scott (R-S.C.), Sen. Cory Booker (D-N.J.) and Rep. Karen Bass (D-Calif.) — are no longer considering changes to the problem with qualified immunity. Although disappointing, this should come as no surprise given the fact that the DNC nominated the “Queen of the police state” Kamala Harris for Vice President. But it certainly flies in the face of what We the People are demanding.

Last year, a poll from the Pew Research Center found that the majority of Americans support removing qualified immunity for cops. And it is obvious as to why they do.

Under the doctrine of qualified immunity any government official who violates your constitutional rights is shielded from civil action. This heavily flawed legal loophole has emboldened bad cops to unleash horrific violence and corruption on the American public without fear of being sued.

TFTP has reported on qualified immunity protecting cops who have committed atrocious crimes, up to and including shooting innocent children. Jamar Nicholson Green learned about qualified immunity the hard way when a trigger happy cop opened fire on him and a group of friends as they freestyle rapped on their way to school. Green and his friends had committed no crime and were unarmed when LAPD officer Michael Gutierrez opened fire.

But thanks to qualified immunity, the U.S. Court of Appeals for the 9th Circuit ruled that Gutierrez was protected from a lawsuit.

When you can shoot an innocent child in the back and be shielded from liability, it is no surprise cops will do anything to make sure they keep their doctrine safe — up to and including, blatantly lying.

As we reported last year, police union leaders across the country took to blatantly lying to protect qualified immunity for cops.

The National Association of Police Organizations (“NAPO”), submitted a letter to Congress to explain their opposition to the George Floyd Justice in Policing Act, which would have eliminated qualified immunity for law enforcement officials. The letter falsely claimed that if this doctrine is ended, cops can go to jail for simply doing their jobs.

With the change to qualified immunity, an officer can go to prison for an unintentional act that unknowingly broke an unknown law. We believe in holding officers accountable for their actions, but the consequence of this would be making criminals out of decent cops enforcing the laws in good faith.

The letter was written and signed by William F. Johnson, NAPO’s Executive Director and General Counsel. “Given Johnson’s history as a former prosecutor, the idea of him claiming he is unaware that qualified immunity is a civil doctrine and not used to bar criminal prosecution of cops, is either glaring incompetence or blatant misinformation,” as the CATO Institute’s Jay Schweikert pointed out.

He didn’t just say it in the letter to Congress, either, Johnson doubled down on his falsehoods in an interview with the Washington Times:

You’ve got federal lawmakers proposing a federal law that says that even when the federal law is so unclear as to be unknowable by any reasonable officer, that officer can still go to prison for an unintentional act that unknowingly broke an unknown law.

But qualified immunity has nothing to with legal cases. It is for civil suits. The civil aspect was also used as a point of propaganda by the National Sheriffs’ Association who put out a message last month to NAPO, with the headline, “Urgent, Action Needed! Senator Booker Proposes Horrible Police Reform Bill.”

In that letter, police again falsely claimed that if qualified immunity is removed, anyone can sue any cop over anything and win. But they are either sorely mistaken, or blatantly lying, as qualified immunity does not determine the outcome of a civil suit. It merely protects bad cops and other state actors in court by forcing the plaintiff or victim to prove that the violation of their rights must have previously been ruled unconstitutional in a prior court precedent.

As Reason Magazine’s assistant editor, Billy Binion points out, “that means that cops can, for example, throw explosives into an innocent person’s home and not have to pay for the damages if there is no prior ruling discussing such behavior.”

While that sounds completely crazy, it actually happened.

As TFTP reported last year, Onree Norris, 81, was sitting at home one night when incompetent cops raided his home, throwing a flashbang grenade inside. As the explosion blew out windows and lit up the inside of his house like a fireball, deputies with the Henry County Sheriff’s Office Special Response Team smashed down his door with a battering ram.

Norris was not wanted for a crime and his name and address were not on the warrant. Cops simply got lost, blew up his home just because they could, and because of qualified immunity, the officers involved were shielded from liability.

When cops can shoot kids in the back and blow up the homes of innocent elderly men — and not be sued for it — we have a major problem in America. So, no matter the promised “reform” that comes out of the Senate negotiations, so long as changes to Qualified Immunity remain off the table, we can expect more of the same.