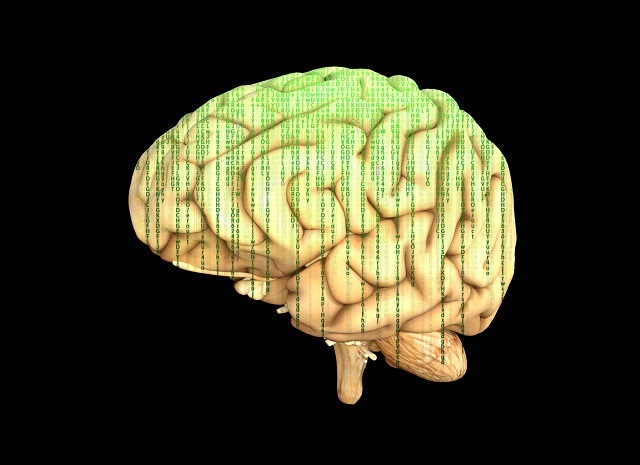 The leftist propaganda outlet Axios on Tuesday laid out a dekulakization/detrumpification program for how to “deprogram” Trump supporters from their “extremist” views.

The “deradicalization” program, which reads more like a radicalization program, called for mass censorship and a Soviet style-purge of all our institutions to root out “conspiracy theorists” and their “dangerous ideologies.”

How to deprogram America’s extremists

It will take an all-out national effort to dismantle the radicalization pipeline that has planted conspiracy theories in the heads of millions of Americans and inspired last month’s attack on the Capitol, experts tell Axios.

Two key measures that could make a difference:

– Keeping extremists out of the institutions where they could do the greatest damage — like the military, police departments and legislatures.

– Providing help for those who have embraced dangerous ideologies.

Online platforms, meanwhile, must be unwavering in their commitment to root out conspiracy theories and lies that undermine faith in democracy, according to experts interviewed by Axios.

– Radicalization and counterterrorism experts broadly applaud tech companies’ efforts, now under way, to remove this material and the accounts that spread it off their platforms, despite heavy blowback from conservatives.

– Twitter’s decision to ban Donald Trump is seen on its own as a major asset in the fight to slow or reverse radicalization.

The U.S. needs a “Marshall Plan against domestic extremism,” Daniel Koehler, director of the German Institute on Radicalization and De-radicalization Studies, told Axios. – “The spread of extremist conspiracy theories in the United States is the second most dangerous pandemic the country faces right now,” he said. “The damage that’s been to the U.S. in terms of community and social cohesion will be immense and will be lasting.”

The “damage” is nothing the gulags can’t fix!

– The radicalization is happening in a multitude of online spaces and right-wing media channels, pulling people into an alternate reality that posits, among a growing swarm of other false ideas, that the 2020 election was stolen.

When it comes to coordinated deradicalization efforts, the U.S. is behind most European countries by 25 to 30 years, Koehler said.

The latest: Twitter’s ongoing purge of far-right conspiracy theorists who have spread the lie that Trump won the 2020 election continued apace over the weekend, as the company suspended the account of Gateway Pundit founder Jim Hoft.

[…] A key part of breaking extremists’ rising mainstream influence will be making it unacceptable for white nationalists, anti-government extremists and conspiracy theorists to serve in the military, in police forces or as lawmakers.

– Experts worry that the GOP’s tacit and sometimes explicit approval of extremists will hamper efforts to keep police forces and legislatures free of conspiracy theorists.

– “At DOD, it will go well and they will quash it,” said former FBI counterterrorism analyst Clint Watts. “It’s a lot of sheriffs’ departments that make me nervous, because they’re elected. Politics means you go with party.”

Indeed, as the “former” FBI officer who pushed RussiaGate conspiracy theories for years and just last month suggested drone striking President Trump so rightly stated, one of the central tenants of democracy is not allowing voters to have any representation in their own government

MSNBC’s Clint Watts (@selectedwisdom): "If you took what President Trump said and you instead put it in Anwar al-Awlaki's mouth, we would be talking about a drone strike overseas." pic.twitter.com/4P3FP9otDD

That said, we need to do a lot more.

For example, how can we help “radicalized” Trump supporters to see that Assistant Secretary for Health Rachel Levine is a beautiful woman and “misgendering” her should be a crime?

How can we help them see that giving children life-altering puberty blockers and sex change surgeries is moderate while “letting boys be boys” is radical white supremacy?

How can we help them realize that Secretary of Transportation Pete Buttigieg’s plans for a taxpayer-funded nationwide “mentorship” program to connect “LGBT youth” with “leaders” in politics and business is not a “state-sponsored grooming program” as many have suggested but a way to teach them “self-love”?

Democrat 2020 candidate Pete Buttigieg announced disturbing plans for a taxpayer-funded nationwide "mentorship" program to connect "LGBT youth" with "leaders" in politics & business which many are suggesting sounds like a state-sponsored grooming program. https://t.co/U2EWR4bXVK

Tucker Carlson debunks a recent study from NYU purporting to show that claims of conservative censorship on social media are false:

"It was in fact paid for by big tech" and "one of the many silicon billionaires who paid for the Joe Biden presidential campaign." pic.twitter.com/AfCFFozuPR

Don’t they know that CEOs are now rightfully “the fourth branch of government” and “they’re trying to hold the country together”?!

ADL Hails Big Tech Censors: CEOs Are 'The 4th Branch Of Govt,' 'They're Trying To Hold The Country Together'
https://t.co/PmZPN2SBUO

How can we help them realize that being ruled by globalist oligarchs is the embodiment of democracy?

This is the task before us.

We must all do our part!