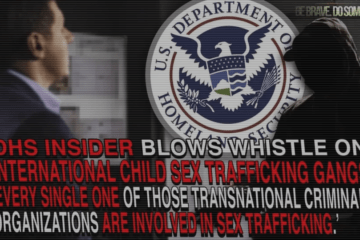 Of course, they are doing this! It’s not like we haven’t been told about this for years. Still, Project Veritas released the information earlier this week from a Homeland Security insider who blew the whistle on how sex trafficking cartels are getting around immigration law.

Project Veritas released a new video today featuring a Department of Homeland Security [DHS] insider blowing the whistle on a federal government “loophole” that enables migrant gang members to get away with sex trafficking and other crimes.

The DHS insider sat down with Project Veritas founder James O’Keefe and explained how the current immigration system is broken.

“Once an [illegal immigrant] informs the U.S. government that they have some type of fear, or that their life is in jeopardy, or they’ll be persecuted, or they may be tortured, they are put in what’s called the ‘reasonable fear [category],’” the insider said.

“Once [a migrant gang member] makes the declaration of, ‘My life is in danger and I may be harmed if I return home,’ they’re taken off the [Transnational Organized Crime] watchlist. That makes it a giant loophole,” they said. 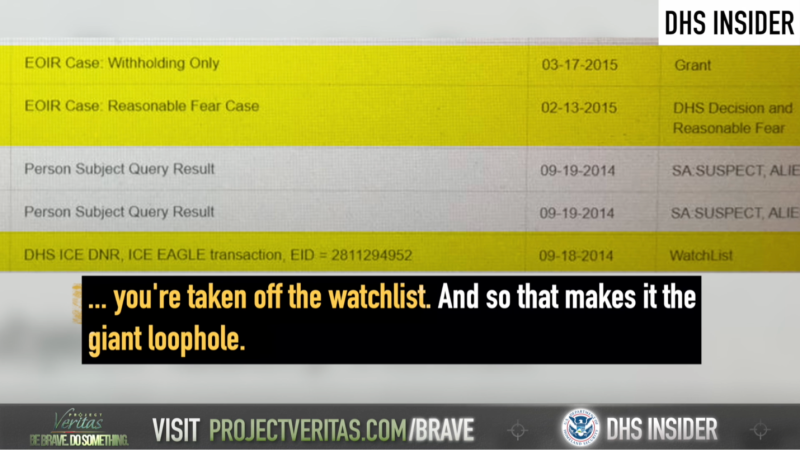 The whistleblower noted that migrant gang members, some of which are part of the infamously violent group MS-13, know how to evade deportation after being arrested by federal agents.

“Some of these [migrant gang members] are encountered by Border Patrol and they’re asked right away, ‘Do you fear for your life if you are deported?’ They’ll say no, and then the next day they’ll say yes,” the whistleblower said.

“It’s almost like they are coached, ‘Hey if you get caught, just go ahead and say this.’”

The whistleblower said migrant gang members are lying when they claim their lives are in peril if they were to be sent back home — but the U.S. government affords them an opportunity to work legally within the country anyway.

“These are the people that are causing danger in those foreign countries. That’s why they’re on the Transnational Organized Crime [TOC] watchlist. So, they are allowed to stay in the country while they wait for the asylum claims…They will be able to file for what is called the Employment Authorization Card. This essentially is a work permit, and they’re allowed to stay legally under the protections of this [permit].” 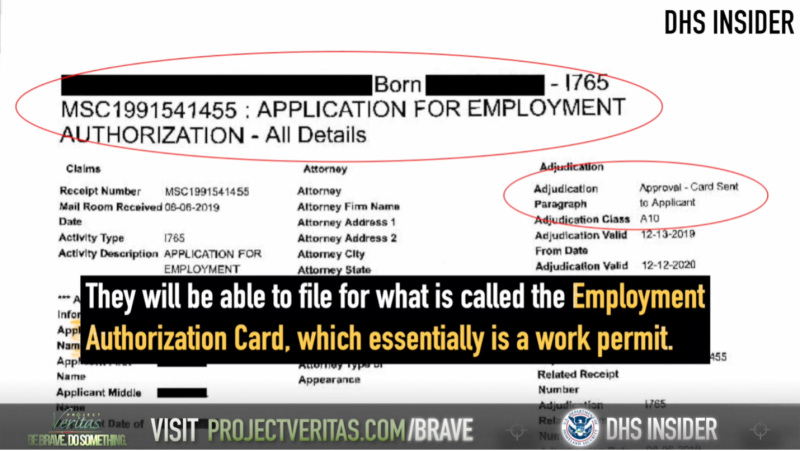 The whistleblower believes that the ongoing situation at the border is more severe than most Americans know it to be.

“This to me is a bigger problem than terrorism is right now within the country…Every single one of these Transnational Criminal Organizations are involved in sex trafficking,” the whistleblower said.

“Children are the most vulnerable population of any society. So, when you’re sending kids to a place with no family [accompanying them] – or when the only family or guardians [they have] are known gang members, they’re even more vulnerable.”

TRENDING: Vermont: Senator Wants To Ban Anyone Under The Age Of 21 From Using Or Possessing A Cellphone At Any Time 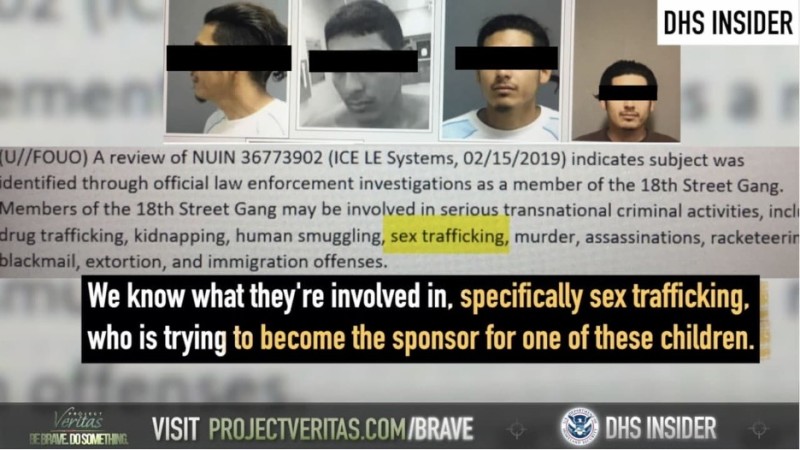 When O’Keefe asked the insider why they decided to come to Project Veritas to blow the whistle on this issue, the insider provided a passionate reply.

“If I was to go to any other media organization, like The Washington Post or CNN — they’re just mouthpieces for the administration…they won’t report the information.”