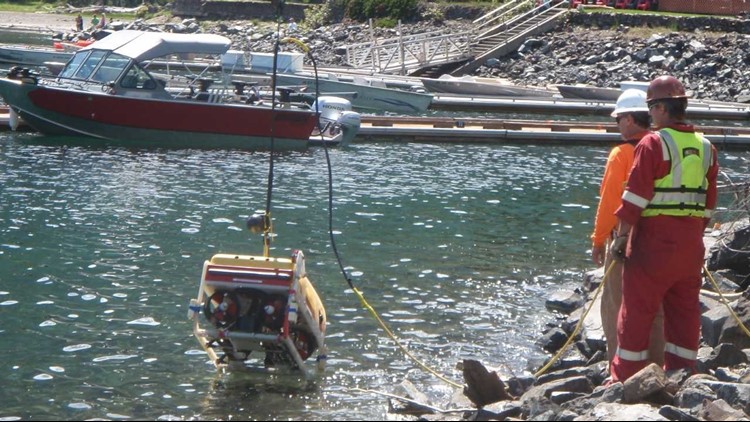 JOSEPH, Ore. — Is Agent Orange at the bottom of Wallowa Lake in Eastern Oregon? The Environmental Protection Agency says no.

Last summer, the diving group Blue Mountain Divers were swimming along the lake’s bottom when they came across a barrel with the label for weed killer on it. The group contacted the Department of Environmental Quality, who then turned it over to the EPA due to a lack of funding and resources to remove them.

When divers uncovered the label, which was covered in sediment, they noticed it said “Contains 2-4 D or 2, 4, 5-T Weed Killer,” the two ingredients used to make the Agent Orange herbicide.

Agent Orange was a tactical herbicide manufactured for the military during the Vietnam War. It uses an equal mixture of both 2-4 D and 2, 4, 5-T at a high concentration. The EPA and Oregon’s DEQ notes that the label says “or,” meaning the barrel divers found does not contain both chemicals, if at all.

In total, Blue Mountain Divers located 37 barrels. It’s unknown what’s inside any of the barrels, including the one with the weed killer label. That is making it difficult to remove them.

“We still don’t have enough information to know what condition they’re in. Whether they contain herbicides or not, it’s a fairly challenging thing to do at depth in cold water,” said EPA spokesman Bill Dunbar. “They have to be very, very careful in the off chance they do have herbicide and we have to be very careful as well. It’s not a matter of just wrapping a chain around them and yanking them up. You have to be very cautious.”

A contractor working for the U.S. Environmental Protection Agency started exploring the alpine lake’s bottom with side-scan sonar to learn more about what’s actually there. So far they have located 18 barrels near the marina.

The barrels could be sitting in water that’s between 90 and 140 feet deep, said the department spokeswoman, Laura Gleim. She said the depth, combined with the lake’s icy deep-water temperatures and 4,300-foot elevation, may complicate recovery. If the barrels are 90 feet down, Gleim said, a diver could only spend about five minutes — possibly longer — in a dive there. At 140 feet, divers may not be able to reach the site, she said.

Also on Thursday, officials announced that the eastern Oregon town of Joseph, which draws its drinking water from the lake, had switched over to a backup well that it will continue using while the recovery continues.