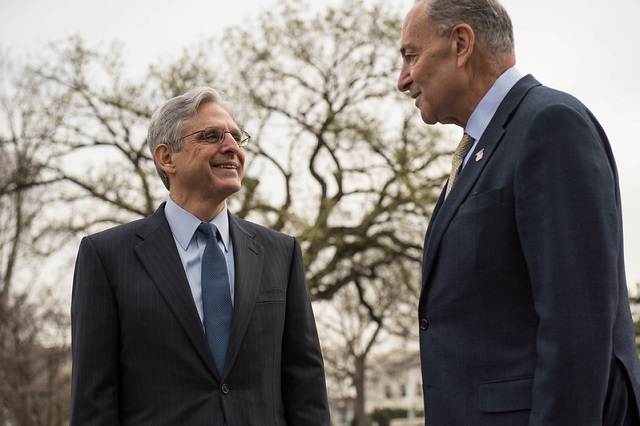 The Justice Department is warning Missouri officials that the state can’t ignore federal law, after the governor signed a bill last week that bans police from enforcing federal gun rules.

“The public safety of the people of the United States and citizens of Missouri is paramount,” Boynton wrote in the letter.

[…] The Justice Department argued in the letter that the state lacks the authority to shield any Missouri businesses or citizens from federal law or to prevent federal law enforcement officials from carrying out their duties.

Boynton said the bill “conflicts with federal firearms laws and regulation” and federal law would supersede the state’s new statute. He said federal agents and the U.S. attorney’s offices in the state would continue to enforce all federal firearms laws and regulations. He asked that Parson and Eric Schmitt, the state’s attorney general, clarify the law and how it would work in a response by Friday.

The U.S. Justice Department has repealed a policy put in place during Donald Trump’s presidency that cut off hundreds of millions of dollars in grants to sanctuary cities that limit cooperation with federal immigration authorities.

In an internal memo seen by Reuters, acting head of the Office of Justice Programs Maureen Henneberg said that prior grant recipients, including cities, counties and states that were recipients of the department’s popular $250 million annual grant program for local law enforcement, will no longer be required to cooperate with U.S. Immigration and Customs Enforcement as a condition of their funding.

She also ordered staff to take down any pending Justice Department grant applications with similar strings attached and start the process over again.

[…] It is one of a series of decisions by Attorney General Merrick Garland, an appointee of President Joe Biden, to break with policies put in place during the Trump administration. In another high-profile move, the Justice Department has stepped up investigations of U.S. police departments that face charges of brutality or discriminatory tactics.

Shortly after being sworn in, Biden overturned a Trump executive order that had allowed the Justice Department to pressure cities that refused to notify federal immigration authorities when people living in the U.S. illegally have been detained for criminal violations, including minor ones.

Garland on April 14 ordered the department to begin to implement the change.

Garland is working overtime to implement a two-tiered justice system with law-abiding heritage Americans at the very bottom.